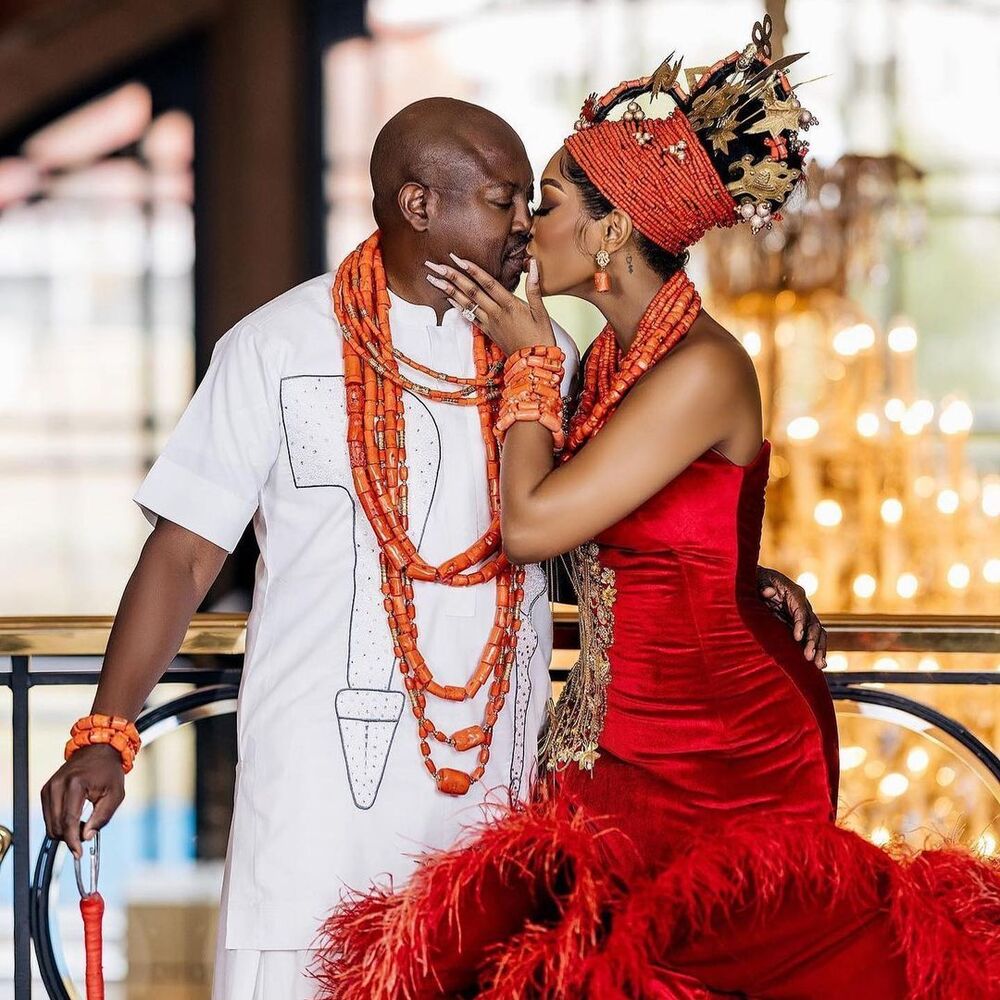 Porsha Williams, Simon Guobadia get married in Nigerian ceremony, Tems wins Best New Act at 2022 Soul Train Awards, Brazil team hit with illness. Stay in the know with our Rave News Digest, which summarizes five of the hottest global news you need to catch up on, saving you time and energy. Consider it your daily news fix.

According to reports, on Friday, November 25, the Real Housewives of Atlanta alum Porsha Williams and Nigerian-born businessman Simon Guobadia got married during a traditional Nigerian native law and custom ceremony at the Four Seasons Hotel Atlanta in front of 250 guests. On Saturday, the couple tied the knot again in an American ceremony.

During the day of the Nigerian wedding, Williams reportedly changed her outfit three times. For the ceremony, she wore a red gown by designer Lakimmy customary for an Edo bride. She also wore an Akuku, a headpiece with Benin coral beads. Later, she changed into two gowns by designer Tabik – one in royal blue and the other in gold. Guests were also encouraged to wear traditional or formal Nigerian-inspired attire.

TEMS @temsbaby has won the ‘Best New Artist’ award at the 2022 #SoulTrainAward.
She is the first female African artist and the second African artist to win a soul train award, after WIZKID. pic.twitter.com/RodyFOpz5O

Nigerian international singer-songwriter Tems has won the Best New Artist award at the 2022 Soul Train Awards. The singing sensation was nominated for the award alongside fellow Nigerians CKay and Fireboy. Beyonce was the night’s biggest winner as she took home the award for Best Album for “Reinassance,” Song of the Year for “Break My Soul,” and Best Collaboration for “Make Me Say It Again, Girl.”

The 2022 Soul Train Awards was held on Saturday, November 26, at the Orleans Arena in Las Vegas.

Sho Madjozi is flying the SA flag high while on tour with Belgian singer Stromae in North America. The “Huku” hitmaker was beaming with pride after giving a show-stopping performance at a sold-out show in Madison Square Garden. “What an honour to play the legendary Madison Square Garden! Thank you for this opportunity Stromae and for believing in me. What an incredible time to be alive. Last frame is part of the show, don’t worry bout it sweetheart it’s a whole movie,” she captioned the post.

Ahead of the concert, Madjozi released a new single titled “Toro” to perform while on tour with her “hero.” “Those who know me know he is a hero and inspiration of mine. Dankie life, dankie Huku Niambia. And the best part of all this is that obviously I got to drop new music before I go joined Stromae on his North America tour.” she explained in another Instagram post.

Despite the criticism directed at singer Ayra Starr for her wardrobe choice for the Meta concert, the singer has refused to drown. She responded to the backlash with an interesting apology to her fans. Following the outrage online, the artist released a voice recording on Twitter. In the recording captioned “I apologize,” she says, “oh nooo, oh, wow, I’d do it again, I’d never wear short skirts again [laughs].”

She followed up with a snippet of her hit song “Rush” singing: “me no get the time for the hate and the bad energy got my mind on my money, make e dance like Poco Lee, steady green like broccoli.” She then caps it up by asking fans to stream Mavin’s recent release, “Won Da Mo.” It is evident that fans should expect more miniskirts from the celebrity, given that it appears to be her signature style. Porsha Williams Married

Neymar has already been ruled out of the rest of the group stage for Brazil at the World Cup, and a sickness bug has now hit the Selecao. Tite will be without his No.10 for meetings with Switzerland and Cameroon, with it yet to be determined how many others will be ruled out of contention. Danilo is another nursing a knock, while the likes of Antony, Alisson, and Lucas Paqueta have all sat out training at various intervals.

Manchester United forward Antony has missed two sessions after being laid low with flu-like symptoms, but he – along with Paqueta and Alisson – was able to play some part on Sunday as Tite begins to finalize plans for a meeting with the Swiss on Monday. Danilo did join up with the rest of the squad to undergo treatment with national team medical staff, having previously stayed behind at the Brazil hotel. Still, he and Paris Saint-Germain forward Neymar are working their way back from ankle problems.