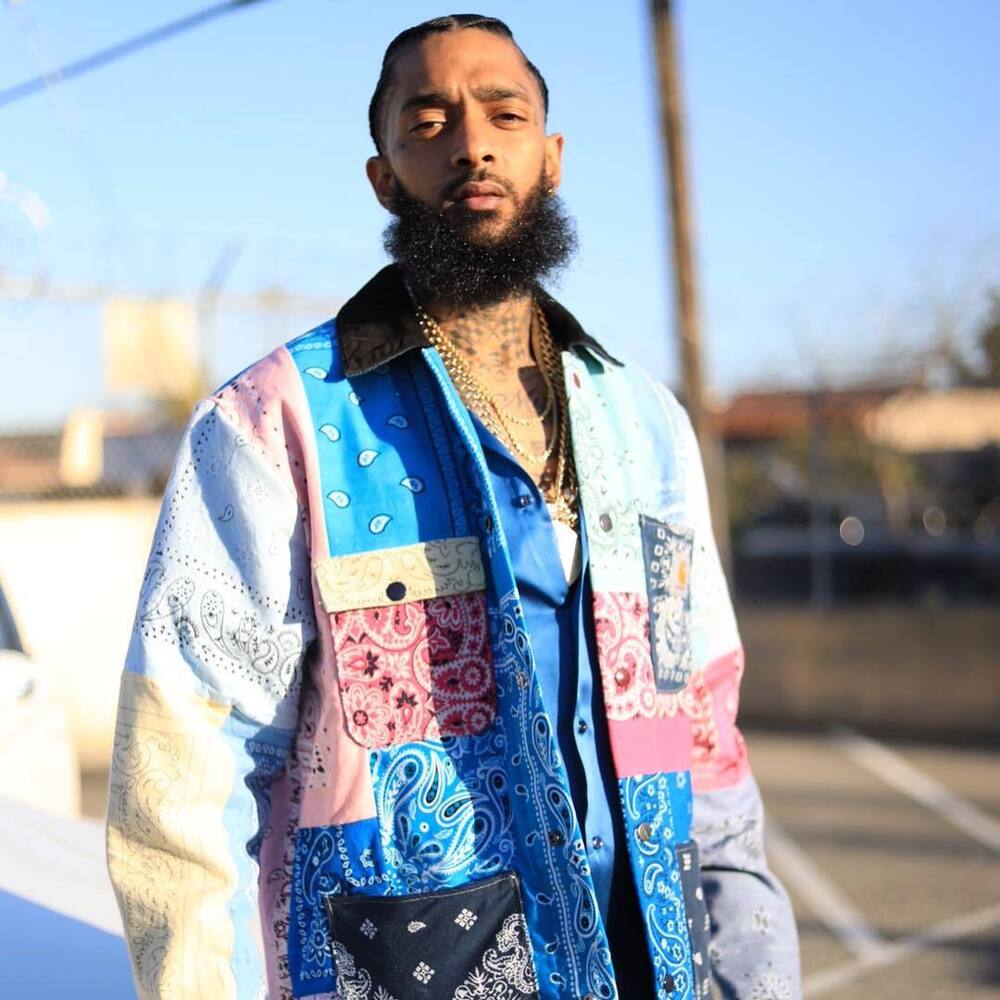 Nipsey Hussle to receive posthumous star on Hollywood Walk of Fame, OC Ukeje stars in “Locke and Key 3,” Arteta given sack warning. Stay in the know with our Rave News Digest which summarizes five of the hottest global news you need to catch up on, saving you time and energy. Consider it your daily news fix. Serena Williams Retiring

That’s not the only honor the late rapper will be receiving. It was reported that Hyde Park will be naming their K Line Metro Station in the Crenshaw after him, calling it Nipsey Hussle Square. The new metro is one of eight stops along some of the oldest communities in Los Angeles.

Nollywood star OC Ukeje is one of the cast members of the newly released third season of the Netflix fantasy drama series “Locke & Key.” The actor features in the show’s seventh episode as a character named Mr. Ridgeway and his American accent is spot on. Reacting to a fan mentioning it, the actor reposted a screenshot of himself from the show on Instagram with the caption: “There was a caught! @kiingskiid spotted a dude! Some warm ups for now.” While the caption suggests that the actor may have more Hollywood roles in the pipeline, fans are already stoked for his latest Nollywood projects.

For instance, this August, Ukeje plays the lead role in Obi Emelonye’s cybercrime thriller “Blackmail.” The film is set to make an unprecedented release across UK cinemas from August 26. A Nigerian theatrical release will follow closely in September. The actor also stars in the Jade Osiberu-produced “Brotherhood” alongside Falz and Tobi Bakre. The title debuts in cinemas on September 23.

3. South Africa: Mihlali Ndamase opens up about her latest relationship

Mihlali Ndamase says she’s still head over heels in love with her partner despite the backlash she’s been receiving on social media. The beauty influencer and YouTuber recently graced Nounouche’s first digital cover where she spoke candidly about going public after images of her and her boyfriend — who, according to social media speculation, is businessman Leeroy Sidambe — have been circulating online. “I am crazy in love,” she said.

Tongues have been wagging about her new relationship after people surmised that Sidambe’s alleged wife, Mary Jane, had not signed divorce papers, making them still married. Meanwhile, Ndamase and her beau have posted images of each other on Instagram stories. Ndamase said she wished her relationship had not come to light in this fashion but she was not bothered by people’s opinions.

The first-ever documentary about Big Brother Naija is set to drop this week. The mini-documentary titled “BBNaija: the Fame, the Fans, the Frenzy,” produced by ID Africa’s The Bang Studio will premiere on Africa Magic Showcase on Saturday, August 13. “BBNaija: The Fame, the Fans, the Frenzy” will take viewers behind the scenes of the biggest reality TV show in Africa and reveal some truths about the show’s production.

It features some of the show’s most popular housemates, including Mercy Eke, Laycon, Nengi, Prince, Alex Asogwa, Bisola Aiyeola, Elozonam, and Ozo. BBN: The Fame, the Fans, the Frenzy tells the untold story of the show and examines its impact through the eyes of relevant stakeholders, with appearances from the host, crew, and organizers of the show, which “has grown to become the biggest Big Brother franchise in the world,” according to Chief Executive Officer of ID Africa, Femi Falodun. Falodun further explains that the show is an African pop-culture phenomenon, so it was necessary to tell its story.

Former Arsenal defender William Gallas has warned Mikel Arteta that he could be sacked if the Gunners do not finish in the top four. Arteta is into his third full season in the hot seat and he has so far failed to secure the Champions League qualification that the club craves. Last season, the Gunners seemed destined to secure the fourth spot, only for a late collapse to see them drop out at the expense of bitter rivals Tottenham.

Arteta has since been backed in the transfer window, with Arsenal bringing in Oleksandr Zinchenko and Gabriel Jesus this summer, ramping up the pressure for them to perform this season. In an interview with Genting Casino, Gallas predicted that Arteta’s job will be in jeopardy if Arsenal fails to secure a top-four finish. “Of course, he will be in trouble. Arteta has been asked to make the top four and he didn’t do it last season,” he said. “If Arsenal don’t play in the Champions League next season, it would cause a lot of drama. They have to have a great season, possibly win the Premier League, but definitely to qualify for the Champions League. They have just bought new players, it’s in the hands of Arteta and the players. It will be a big problem for all of them if they don’t do their job to qualify in the Champions League.” Nipsey Hussle Hollywood Walk Of Fame