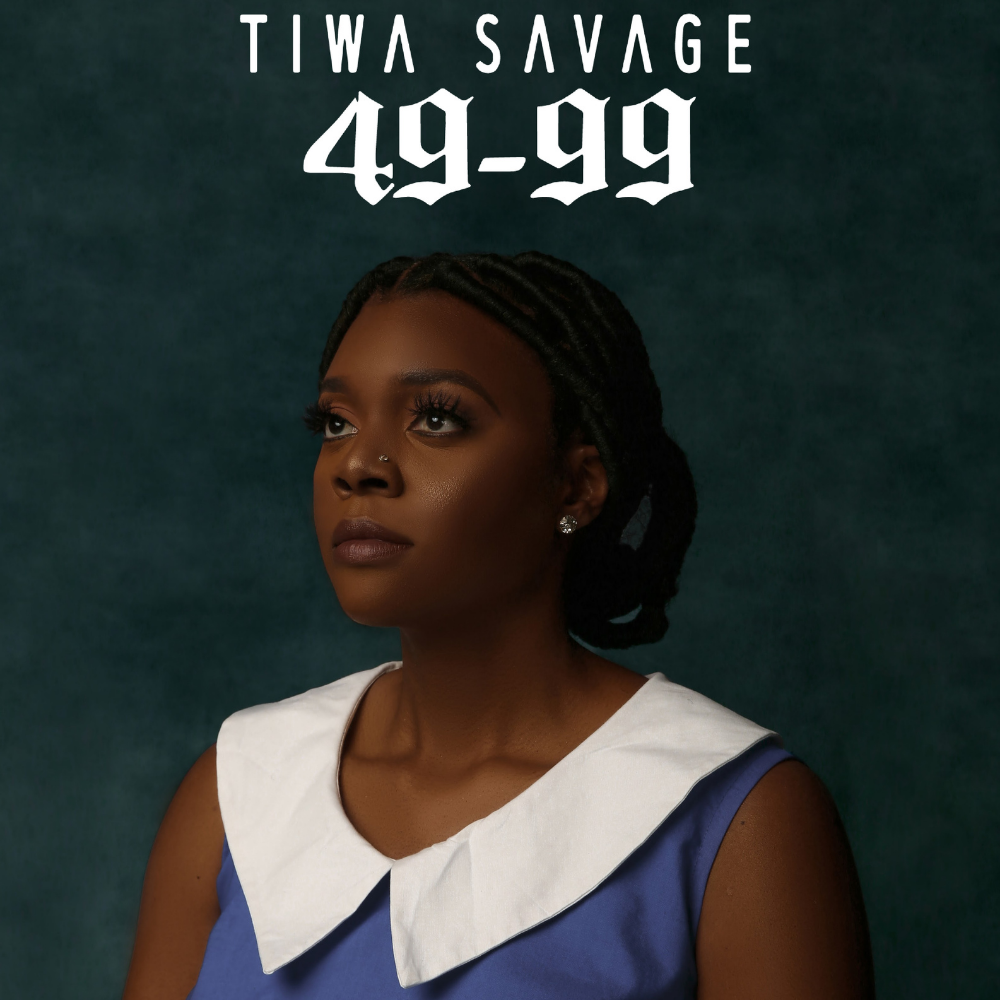 ikki Billie Jean and All Things Ankara presents a Tiwa Savage “49-99” inspired campaign bringing awareness to the #EndSARS movement in Nigeria and the poor economic condition of Nigerians and Africans as well as the police brutality endured by Africans in the diaspora.

The Tiwa Savage 49-99-inspired campaign was released for Halloween 2020, following the heat of the Lekki Massacre and of course the protests arising as a reslt of George Floyd murder. These events provided the perfect timing for the launch which focused on raising more awareness and creating more dialogue around a movement that deserves a lot of attention. “49-99” is a phrase coined by Fela Kuti in his 1978 hit song, “Shuffering and Shmiling”. The song and the popular phrase refer to the hard life many Nigerians endure. 49-99 references a transit bus, known in Nigeria as a molué, which originally seats a maximum of 49 passengers, but often has twice that number (99 passengers). Thus, a direct reflection of the poor economic conditions predominant in Nigeria. It also shows the economic growth imbalance with the rich getting richer and the poor getting poorer.

In 2020, during the 49-99 listening party in London, Tiwa said: “I wanted my first global single to have a message that we are suffering and smiling, and music is a powerful tool. I wanted a title that could be a conversation starter. The song encourages the young to put down the sense of inheritance and work for what they desire in life, for a better tomorrow. We can’t sit on our old glories and expect things to change for the better.” Reacting to the Nikki Billie Jean and All Things Ankara campaign, Savage said on Twitter: “It must have taken so much to re-create this. Truly appreciate it. Thank you!” She also took to Instagram to say, “Brilliant.”

It must have taken so much to re-create this. Truly appreciate it. Thank you ❤️?? https://t.co/ENIo17XoRx

The 49-99 campaign is a remake of Tiwa Savage’s 49-99 music video originally directed by Meji Alabi of JM Films and single cover originally photographed by TSE. The campaign focuses on the scenes when Tiwa and the group of women were adorned in blue and white-collar dress uniforms while rocking threaded hairstyles, black shades, counting naira, and working as seamstress sewing ankara fabrics in a factory. The blue dresses with threaded hairstyles are a direct reference from the iconic portraits called Congo High Class of ’72. The series of portraits are of protestant secondary school girls in Mbandaka, the Democratic Republic of Congo photographed by Eliot Elisofon in 1972. Nikki Billie Jean (Nicolette Orji) is a Nigerian-American editor-in-chief, fashion designer,
fashion director, fashion stylist, creative director, campaign producer, and event producer. She is of Yoruba and Igbo descent, who hails from Maryland and based in the Washington, D.C. metropolitan area. In 2012, Nikki launched All Things Ankara, a go-to source and a multifaceted Ankara print fashion and entertainment brand, consisting of an online publication, online shop, online marketplace, and special events.

Nikki has worked with celebrities and influencers including artists Jidenna, Cardi B, Yemi Alade, Akon, Cynthia Bailey, Nadia Buhari, Gizelle Bryant, Mame Adjei, DJ Tunez, Sky Landish, Ronke Raji and Izzy Odigie. Nikki Billie Jean and All Things Ankara are most known for their viral Ankara print-inspired fashion campaigns, such as the one featuring Jidenna for All Things Ankara Ball 2015. Check out the campaign video by Champion Studio

Go behind-the-scenes with Shot by Tife

Watch the BTS interview video with One Tribe Magazine

Behind The Scenes Photographer: Nayo A Photography,

Behind The Scenes Videographer: Shot by Tife,

Behind The Scenes Interview: One Tribe Magazine,