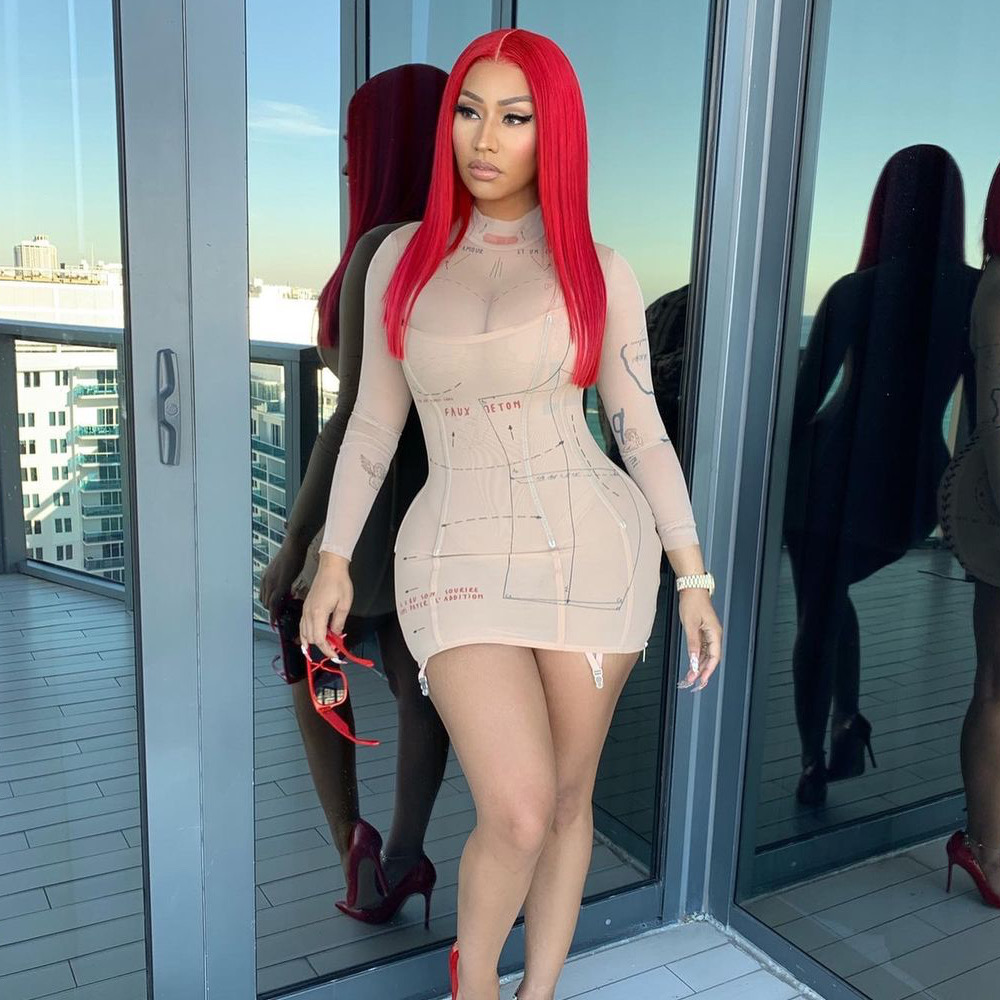 Best Dressed List: The Stars Set The Tone For 2021 In Glamour

Nicki Minaj shares first photo of son, D’Banj welcomes another child, Pochettino appointed new PSG coach. Stay in the know with our Rave News Digest which summarizes five of the hottest global news you need to catch up on, saving you time and energy. Consider it your daily news fix.

Nicki Minaj is starting 2021 off on the most adorable note and shared the first-ever public photo of her son. After reportedly giving birth to her son in September, the rapper is sharing him with the world, posting a set of extremely cute Instagram images.

Although Nicki Minaj did not reveal the name of her son, the future superstar, who has only been addressed as “Papa bear,” was already dressed in the finest designer outfits. After writing a cute message to her baby, she added a note to her fans about all that she’s experienced in the past year. “Becoming a mom is by far the most fulfilling job I’ve ever taken on. Sending love to all the superhero mothers out there. Big hugs to all the women who have been pregnant during this challenging time.”

Sensational entertainer, D’banj and his wife Lineo Didi have welcomed another child. D’Banj on his Instagram page announced the birth of his baby girl with a series of photos. Alongside a picture carrying his daughter, Dbanj wrote: “As I hold my daughter, my Own babylet In my arms on this day all the proof in God I need is in her Eyes, you are a gift from the heavens, and my God indeed honored His words in Psalms 65:11.”

It can be recalled that D’Banj suffered a shocking loss in June 2018 after his son, Daniel Oyebanjo III died after drowning at a pool in Dbanj’s Ikoyi residence.

Health Minister Zweli Mkhize announced on Sunday, January 3, 2021, that the COVID-19 vaccine is expected to become available in South Africa from the beginning of the second quarter, with the majority of citizens expected to be immunized by the end of 2021.

During a virtual briefing to the media held over Zoom on Sunday, Mkhize said that the government is working hard to agree on deals with a variety of initiatives – including the Covax facility and various world nations – to ensure that at least 67% of the population receives a vaccine in this calendar year.

The Abuakwa divisional police command in Ashanti region has arrested 4 bodyguards and a driver of Dancehall artiste, Stonebwoy, for assaulting another driver. Reportedly, a 207 Benz bus, in an attempt to overtake another car on the Bibiani-Abuakwa stretch, crashed into one of the Land Cruisers.

According to an eyewitness, the bodyguards and driver of the musician allegedly pulled the 207 Benz driver out of the vehicle and physically assaulted him. An eyewitness who tried intervening also received his share of the assault. The bodyguards also crashed the phone of a woman who was recording the incident. The matter ended at the Abuakwa police station, where Stonebwoy and his accomplices were made to write their statements.

Mauricio Pochettino has been appointed as the new coach of Paris Saint-Germain on a contract until the summer of 2022, with the option of a further year. The former Tottenham, Southampton, and Espanyol manager take over at PSG following the sacking of Thomas Tuchel.

Tuchel was dismissed on Christmas Eve despite a 4-0 win over Strasbourg the night before, with his departure formally confirmed on Tuesday. Pochettino spent two-and-a-half seasons at PSG as a player, making 95 appearances between 2000 and 2003, and winning the 2001 Intertoto Cup. He had been out of work since being sacked by Tottenham in November 2019.

Best Dressed List: The Gents Kick Off The Year In Flamboyant Style

Best Dressed List: The Stars Set The Tone For 2021 In Glamour