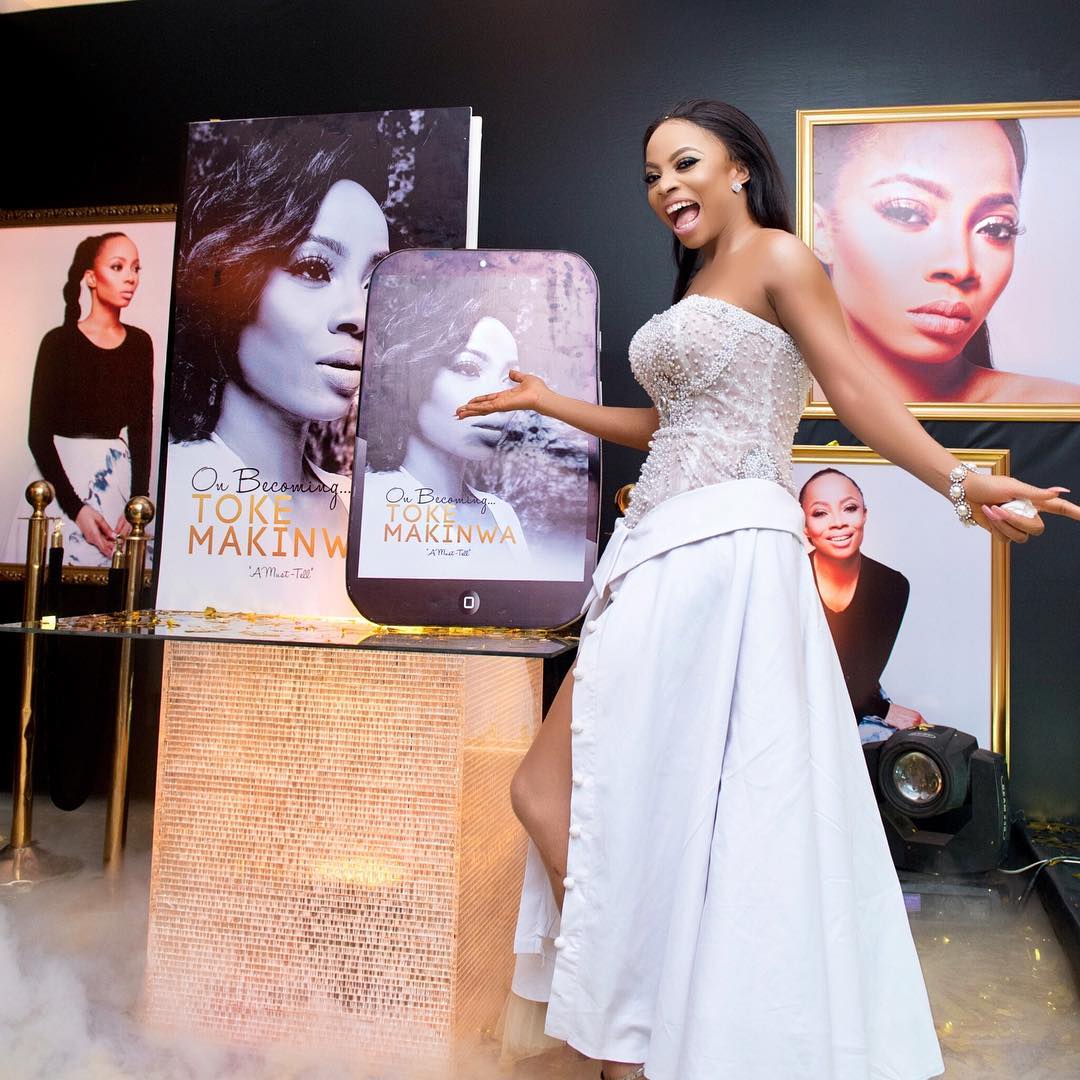 So… Toke Makinwa wrote a book, and I am not over it yet, and so neither is the rest of the world. Thanks to “On Becoming” she has gone from author to best-selling author in a couple of what? Weeks! Amazon has confirmed it and so has iTunes. In the last weeks the OAP has been going from one book signing to the other and it seems like lines are truly falling for her in pleasant places.

After pushing off reading the book due to my busy schedule, I finally got around to it and let me just put it this way: this book is a shaker! You know how Nigerians chewed and spat out Tiwa Savage for dishing way too much about her relationship with Teebillz, let’s just say they didn’t See Toke coming.

I have read this book from cover to cover, and I will like to share a few takeaways from On Becoming

Here are my takeaways…

* The Ripple Effect of Malice

The malice of two housekeepers in Toke’s childhood home caused a major devastation to the entire family.

The story tells of how Toke’s mum had observed a leakage in the gas cylinder she got from over the weekend, and asked that it not be lit till Monday when she was able to change it. She instructed one of the housekeepers to alert the other, but since the lady was too preoccupied with the little malice between her and her co-housekeeper, she didn’t see the need to do the needful. Do you know that Toke lost both her parents to the gas explosion that followed because the housekeeper who didn’t know about the leakage tried to lit the cooker.

Toke had just been out of a failed relationship and whooped into another. Her boyfriend just told her off in the middle of a club, and she was left alone when a knight in shining armor arose; Maje. Maje became all the love she knew and clung to. He would go on to break her heart a million time in clear scenarios but each time she forgave him and clung onto the love she had for him in the beginning hoping that he would ultimately return to the man she fell in love with. If she had loved herself enough, she would have known when to stop tolerating the emotional abuse he was putting her through in the name of love.

* Toke is a strong, independent woman

She may have been a victim of circumstances but her strength is enviable. She was an orphan and wasn’t handed anything on a platter of gold. She’s earned and worked hard for every penny she now has.

Everybody had an opinion to dish on Toke’s failed marriage, most of which weren’t quite fair nor kind. Despite the public trashing, Toke endured that season and even appeared unshaken until she decided to tell her own story, in her own words.

She admits so. She talks about the places she went wrong in her marriage. How she clung a little too much to what she longed for rather than the sad reality of what was a failed and emotionally unhealthy relationship.

Haven’t read the book yet? Spend a few hours this holiday and see what all the rave is about.

On Becoming is a snippet into Toke’s still unraveling life.

Toke Makinwa Returns As Host Of ‘BBNaija: The Buzz’ In Electrifying Blue Emagine By Bukola Dress