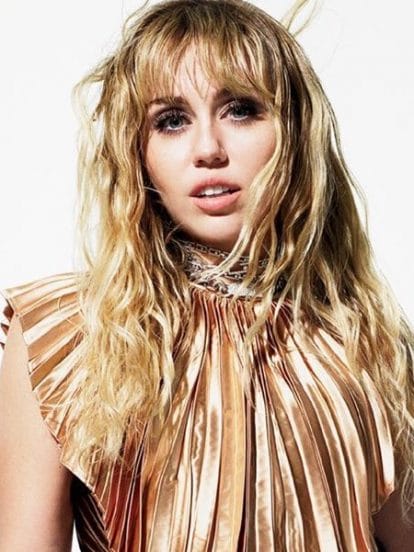 Miley Cyrus confirms relationship with Australian singer, Cody Simpson, Nigeria introduces anti-sexual harassment bill, Coco Gauff breaks into top 100. Stay in the know with our Rave News Digest which summarizes five of the hottest global news you need to catch up on, saving you time and energy. Consider it your daily news fix.

A bill has been introduced in the Nigerian Senate that seeks to prevent sexual harassment of students in universities. This follows the broadcast of a BBC documentary exposing widespread sexual misconduct by multiple lecturers at two top West African Universities.

In a statement, the deputy president of the senate said he hoped the BBC’s investigation would help energise support for his bill. Senator Ovie Omo-Agege added that as a father, sexual harassment in universities was an issue he could not accept. The bill, which was read in the Senate on Wednesday, proposes a prison term of between five years and 14 years for lecturers who have a sexual relationship with their students.

If the bill is passed, it would also be illegal for lecturers to make sexual advances towards their students. There’s been widespread public outcry following the broadcast of the BBC documentary containing hidden camera footage of lecturers at the University of Ghana and the University of Lagos sexually harassing undercover reporters posing as students. Both institutions have distanced themselves from the claims and suspended the lecturers involved, who have denied the allegations. 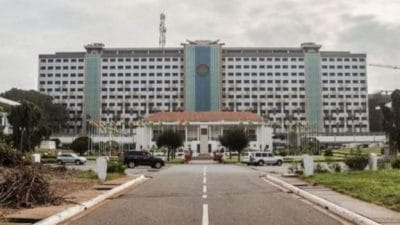 Nine people accused of plotting to overthrow the government of Ghana have been charged with treason. They were arrested last month for allegedly plotting to seize key state installations with the aim of overthrowing President Nana Akufo-Addo.

According to the state prosecutor, the accused were part of a group known as Take Action Ghana and had planned to stage a series of protests with the purpose of destabilising the country. The prosecutor added that the group engaged the services of a local blacksmith to manufacture pistols and explosives to enable them to execute their plan. Six of the suspects were initially accused of illegally manufacturing firearms and explosives, but the charges were changed to treason – a crime punishable with death.

The ministry of information had said that security agencies carried out a raid last month and retrieved several weapons including six locally manufactured pistols, improvised explosive devices and ammunition. A lawyer for the suspects maintains that the accusations are baseless.

Just one day after Miley Cyrus and Cody Simpson were spotted kissing over breakfast in Los Angeles, the ‘Slide Away’ singer has responded to critics who say she’s moving on too quickly from her relationship with soon-to-be ex-husband Liam Hemsworth.

In a lengthy message posted to social media, Cyrus made it very clear that she’s a grown woman now and can and will date whomever she wants. The 26-year-old pop star went on to say there shouldn’t be a double standard when it comes to how men and women date. In fact, she doesn’t believe she should be expected to stay quiet following her breakup.

Before breaking her silence, Miley Cyrus also seemingly confirmed her romance with Australian singer Cody Simpson by pointing out all the reasons he’s exactly her type. Alongside a black-and-white shot of Simpson posing shirtless, she wrote on her Instagram Story: “22 [check] Australian (my type) [check] Abs [check].”

In another Story, Miley Cyrus addresses the TMZ video footage of her and Cody Simpson kissing at Backyard Bowls, writing, “Can a girl not get a f***ing açai bowl and a morning make-out session in peace?!?!” Under the video, Cyrus added, “lol sneaky ass.”

4. Top US diplomat keeps up pressure on China over Muslim Uighurs

US Secretary of State Mike Pompeo says Beijing is responsible for the ‘enormous human rights violation’ in Xinjiang. US Secretary of State Mike Pompeo said on Wednesday that China’s treatment of Muslims, including the Uighurs, in western China was an “enormous human rights violation” and that Washington would continue to raise the issue.

“This is not only an enormous human rights violation, but we don’t think it’s in the best interests of the world or of China to engage in this kind of behaviour,” Pompeo said in an interview with PBS, a public broadcaster in the United States.

Punishing Beijing for its treatment of Muslim minorities, the US government this week announced visa restrictions on Chinese government and Communist Party officials it believes responsible for the detention or abuse of Muslim minorities in Xinjiang province and widened its trade blacklist to include some of China’s top artificial intelligence startups. China has denied any mistreatment of Uighurs.

American teenager Coco Gauff is set to break into the world’s top 100 for the first time after reaching her maiden WTA Tour quarter-final. The 15-year-old, who made a memorable run to the Wimbledon last 16 in July, reached the Linz Open last eight when opponent Kateryna Kozlova retired. Gauff has provisionally climbed to 94th in the rankings, closer to automatic qualification for the Australian Open. She lost in Linz qualifying but entered the main draw as a lucky loser.

Following Greek Maria Sakkari’s withdrawal, Gauff beat Swiss Stefanie Vogele on Tuesday and progressed again when Ukrainian Kozlova quit while trailing 6-4 4-6 0-2. Gauff, who does not turn 16 until March, is the youngest player to reach a WTA quarter-final since Bulgarian Sesil Karatantcheva in January 2005.

The Austrian tournament is Gauff’s first appearance since suffering a comprehensive defeat, which left her in tears, by Naomi Osaka at the US Open last month. Gauff became the youngest player in the Open era to reach the Wimbledon main draw and was given a wildcard to play at her home Grand Slam in New York.

Although most would expect her to receive a wildcard for the Australian Open, she is on course to qualify automatically with the top 100-ranked players going straight into the main draw in Melbourne.