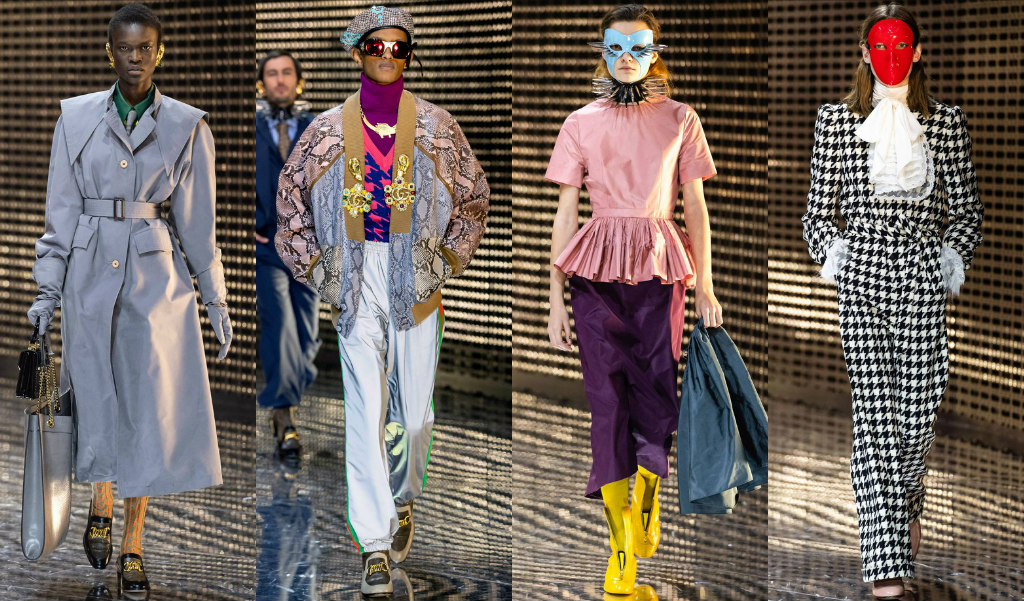 The past few weeks have been somewhat surreal for Gucci. While we would simply want to delve into the brand’s Fall 2019 designs by Alessandro Michele, we can’t ignore that the runway show sort of acknowledged the situation. There’s been a call by black entertainers and consumers to stop wearing Gucci for 3 months thanks to a sweater which many, especially black consumers have termed racist and derogatory due to its a depiction of ‘Black Face.’

The company has since sat down for a dialogue, calling the creation of the merchandise an error on their part with a promise to do better.

The Milan show might have been planned months ahead but its almost over the top execution might have been an addition, thanks to the backlash. Alessandro Michele loves the theatrics and many have stated that the show in itself was very ‘Gucci’ but according to attendees, the walls which were covered in LED bulbs with endless sets of mirrors would make a narcissist very happy. This presents a hard case: was Alessandro Michele trying to say something? Moving away from the show aesthetics into the sartorial display; aside from the fantasy mask which provided a sort of mystery and drama, there were a lot of sartorial aesthetics that represented the brand’s past collections. Think raw-hemmed jackets, punk-indebted spikes, rich tartan plaid, quilted pants, dramatic high-rise trousers, argyle sweaters, boxy suiting, enormous glasses and heavy use of floral brocade.

Zippered boots, trench coats, scarf-accented handbags were a few of the elements that drove home the vintage connection the brand was trying to make even though the pieces were delightfully contemporary.

Here’s a look at the rest of the collection… Happy Feet! How Style Stars Are Balancing Comfort And Chic This Season