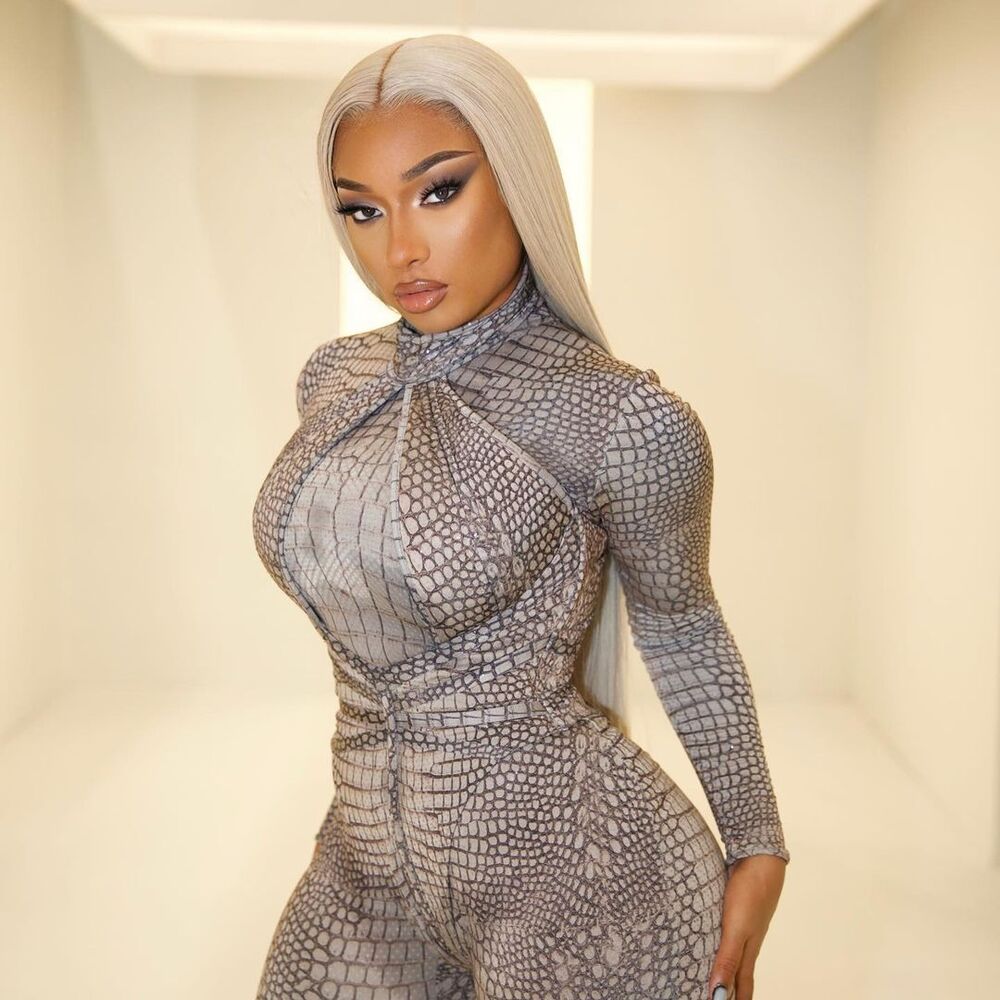 Megan Thee Stallion releases video for single Her, Netflix unveils trailer and release date for highly anticipated movie “Anikulapo,” Tuchel and Conte charged by FA. Stay in the know with our Rave News Digest which summarizes five of the hottest global news you need to catch up on, saving you time and energy. Consider it your daily news fix. Serena Williams Retiring

Megan Thee Stallion dropped her second studio album “Trauamzine” on Friday, August 12, and followed that with a video for the record Her on Monday, August 15. The sexy, choreographed video seems to pay homage to the latest dance style Vogue, as the rapper is seen in a snakeskin bodysuit doing the steps along with a number of dancers. On the track, the multiple Grammy-winner chants: “I’m her,” followed by: “She, take a picture it’s me.”

“Traumazine” is the follow-up to Megan’s award-winning album “Good News,” and the last album under her now former label, 300 Entertainment with which she had an ongoing court battle.

The countdown to Netflix and KAP motion pictures’ collaboration “Anikulapo” has officially begun with the release of its official trailer. Directed by Kunle Afolayan, “Anikulapo” is set to loosely follow the story of a young man’s quest for greener pastures in the ancient Oyo kingdom. The trailer teases a fine dose of romance, intrigue, and drama — elements fans of the filmmaker can anticipate.

Known for her fearless approach to business, DJ Zinhle has entered into a one-of-kind partnership to help her Era by DJ Zinhle customers get their fix of her addictive jewelry line. DJ Zinhle is working with Uber Eats to deliver sophistication and style to customers’ doorsteps. The relationship will see the local brand accessible to all users on the Uber Eats platform for watches, jewelry, eyewear, and all sorts of accessories with just the tap of a button.

The Era brand was launched 10 years ago as a timepiece-specific brand built around the idea that the time is now for women in SA to conquer and take their place on their respective thrones.

Deputy President William Ruto has been declared the winner of Kenya’s presidential election amid dramatic scenes. He narrowly beat his rival, Raila Odinga, taking 50.5% of the vote, according to the official results. The announcement was delayed amid scuffles and allegations of vote-rigging by Odinga’s campaign. Four of the seven members of the electoral commission refused to endorse the result, saying it was “opaque.”

“We cannot take ownership of the result that is going to be announced because of the opaque nature of this last phase of the general election,” said Juliana Cherera, the vice-chairperson of the Independent Electoral and Boundaries Commission (IEBC). “We are going to give a comprehensive statement… and again we urge Kenyans to keep calm,” she added. Odinga’s party agent earlier alleged that there were “irregularities” and “mismanagement” in the election.

This was the first time Ruto, 55, had run for president. He has served as deputy president for 10 years but fell out with President Uhuru Kenyatta, who backed Odinga to succeed him. Odinga, the 77-year-old former prime minister got 48.8% of the vote and was running for president for the fifth time.

BREAKING: Thomas Tuchel and Antonio Conte have both been charged with a breach of FA Rule E3.pic.twitter.com/Q6wcU8unzr

Thomas Tuchel and Antonio Conte have been charged by the FA after coming to blows following Tottenham’s last-gasp draw with Chelsea at Stamford Bridge. Both coaches received a red card for their heated confrontation while performing the traditional post-match handshake. Earlier in the game, Tuchel had reacted angrily when Conte celebrated Spurs’ first equalizer in front of the Chelsea bench. The German would later do the same, racing down the touchline after Reece James had made it 2-1 and seemingly secured all three points for the hosts. However, a 96th-minute header from Harry Kane ensured that the spoils were shared.

“Thomas Tuchel and Antonio Conte have both been charged with a breach of FA Rule E3, following the Premier League fixture between Chelsea FC and Tottenham Hotspur FC on Sunday 14 August 2022,” wrote the FA in a statement. “It is alleged that the behavior of both managers was improper following the end of the fixture. Thomas Tuchel and Antonio Conte have until Thursday 18 August 2022 to provide their respective responses.”

FA Rule E3 breaches relate to individuals bringing the game into disrepute. It also covers post-match media comments that imply bias and/or attack the integrity of the match officials.

Last Week, The Best Dressed Stars Were Too Sassy To Be Touched