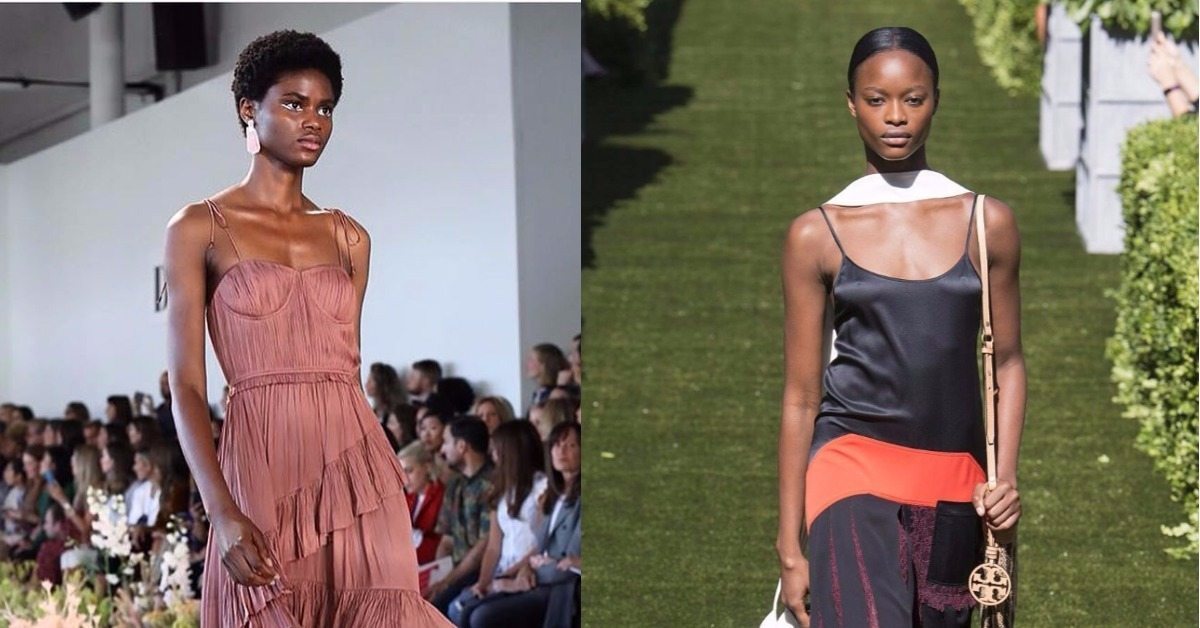 As one of the biggest fashion events in the world, it is a super exciting prospect for a model to walk one or more of the shows at New York Fashion Week. Two of Nigeria’s very own are turning heads at the 2017 New York Fashion Week happening right now! Each scouted in Nigeria by two of the country’s top modelling agencies, Mayowa Nicholas and Imade Ogbewi are living every model’s dream as they have quickly risen to fame in the international fashion scene within a relatively short period.

Get to know these two and see how they are making their mark at the ongoing NYFW.

19-year-old model Mayowa Nicholas who won the Elite Model Look Nigeria in 2014 has been taking big strides when it comes to her career. Among many achievements, she was announced as the new face of Calvin Klein underwear, followed by being announced as a Victoria Secret Angel. Vogue in an article in 2016 named the 5 foot-11-inch model as one of the faces that ruled the 2016 fall fashion show. She also became the first Nigerian model to grace a Dolce and Gabanna campaign and has walked in other shows for top designers like Hermes, Balmain, Dior, Kenzo, Miu Miu and others.

2017 is yet another great year for the catwalk queen as she walks for fashion brands like Tom Ford, Max Mara, Daine Von Furstenberg and a host of others at New York Fashion Week.

A look at her strides so far…

ISIS model, Imade Ogbewi, has come a very long way. Starting out her career in 2011, the model who is signed to three different agencies has definitely worked hard enough to be where she is today. Thanks to her luminous skin and strong but graceful movements on the runway, this star continues to rise even as she takes on the New York Fashion Week this year. She has proven  countless times that she’s got the runway magic!

Some of her runway looks so far…