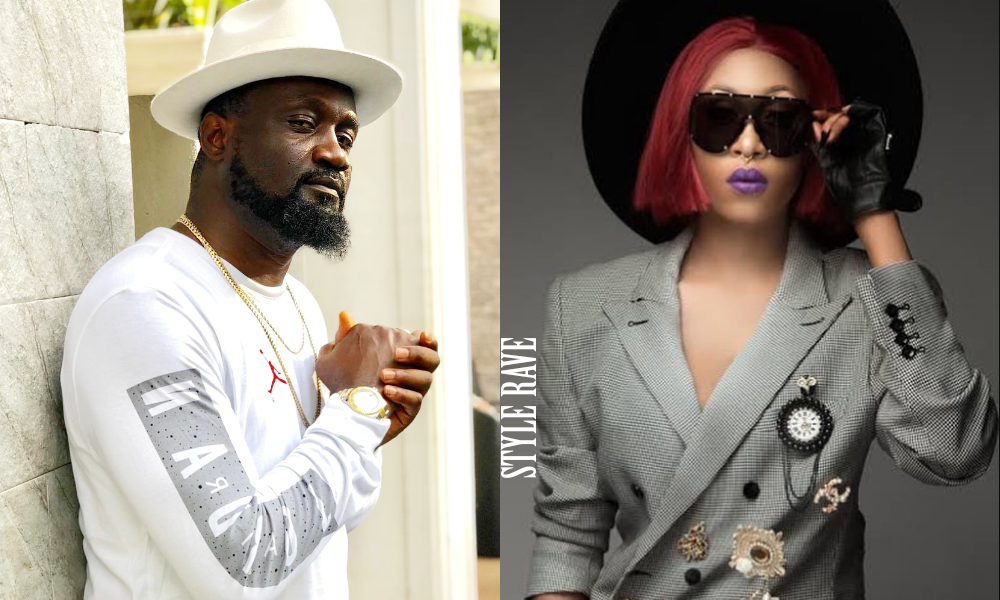 Jude Okoye replies to Cynthia Morgan’s claims, Americans break coronavirus lockdown on Memorial Day, Tiger Woods and other legendary athletes play for charity. Stay in the know with our Rave News Digest which summarizes five of the hottest global news you need to catch up on, saving you time and energy. Consider it your daily news fix.

Jude Okoye has reacted to the accusations against him by his former record label act, Cynthia Morgan. She had claimed that she lost all she had, including her name, VEVO account, Instagram account and royalties after they had some issues centering on her contract.

In an Instagram live chat with Tunde Ednut, music executive, Jude Okoye stated that he doesn’t have the right to take Cynthia Morgan’s name because it is her birth name. He also explained that Morgan, who has been free since 2017, changed her name to Madrina while still signed to his record label.

Okoye also denied taking over her Instagram and Twitter account, but admitted that he took over her VEVO account, adding that it was a means of recovering over N40m he spent on her. He further stated that he paid Cynthia Morgan’s house rent, bought her a Range Rover and even gave her money to buy a piece of land for her mother in Benin.

2. Ghana’s Health Minister elected to WHO Executive Board

Ghana’s Health Minister, Mr Kwaku Agyeman-Manu is one of seven Africans who have been elected to serve on the 34-member Executive Board of the World Health Organisation (WHO).

The Executive Board is composed of 34 persons who are technically qualified in the field of health, each designated by a Member State that has been elected to serve by the World Health Assembly. Member States are elected for three-year terms.

The main functions of the Executive Board are to give effect to the decisions and policies of the Health Assembly, to advise it and generally to facilitate its work.

Teachers in South Africa want the planned reopening of schools on 1 June to be halted. Educators Union of SA (Eusa) general secretary Siphiwe Mpungose is quoted as saying that they will file a court application on Monday against the Department of Basic Education (DBE).

The DBE had announced that Grade 7 and Grade 12 will reopen in school on 1 June. School premises are already being cleaned and sanitized ahead of the planned reopening. Teachers say the ministry’s position that protective gear will be issued cannot be trusted and the rates of infections are still high.

The teachers’ union last week sent a letter to the education ministry asking officials to reconsider the plan to reopen schools.

Americans have flocked to beaches and lakes for Memorial Day weekend, often flouting restrictions imposed to tackle the coronavirus outbreak.

In Florida, state police dispersed an unauthorized gathering of hundreds of people in Daytona Beach on Saturday. In Missouri, bars at the Lake of the Ozarks were packed with revellers, who violated social-distancing rules.

Tiger Woods and Peyton Manning beat Phil Mickelson and Tom Brady in Sunday’s charity golf match which raised $20m (£16.4m) for coronavirus relief efforts in the United States. Legendary NFL quarterback Brady hit the shot of the day, holing out from the fairway on the seventh.

The event was played between four of the United States’ biggest sports stars at a rainy Medalist Golf Club in Florida – Woods’ home course – with no caddies and players driving their own golf buggies.

Woods, 44, who last competed in February and then withdrew from a number of tournaments with a back injury, said he is healthy and ready to play when the Tour resumes.

Our Week Day News Digest brings you a summary of five of the hottest news topics today including the latest news in Nigeria, African news, political news, international news, Hollywood news, sports news and news on Nigerian celebrities and African celebrities. Also, expect other top stories and more of the latest trending news today across the Sahara.

Ethereal, Cultural and Creative: These Are The Best Beauty Looks From Last Week

Rave News Digest: Ebuka To Return As Big Brother Naija Host, International Students In The US May Have To Return Home, Messi + More