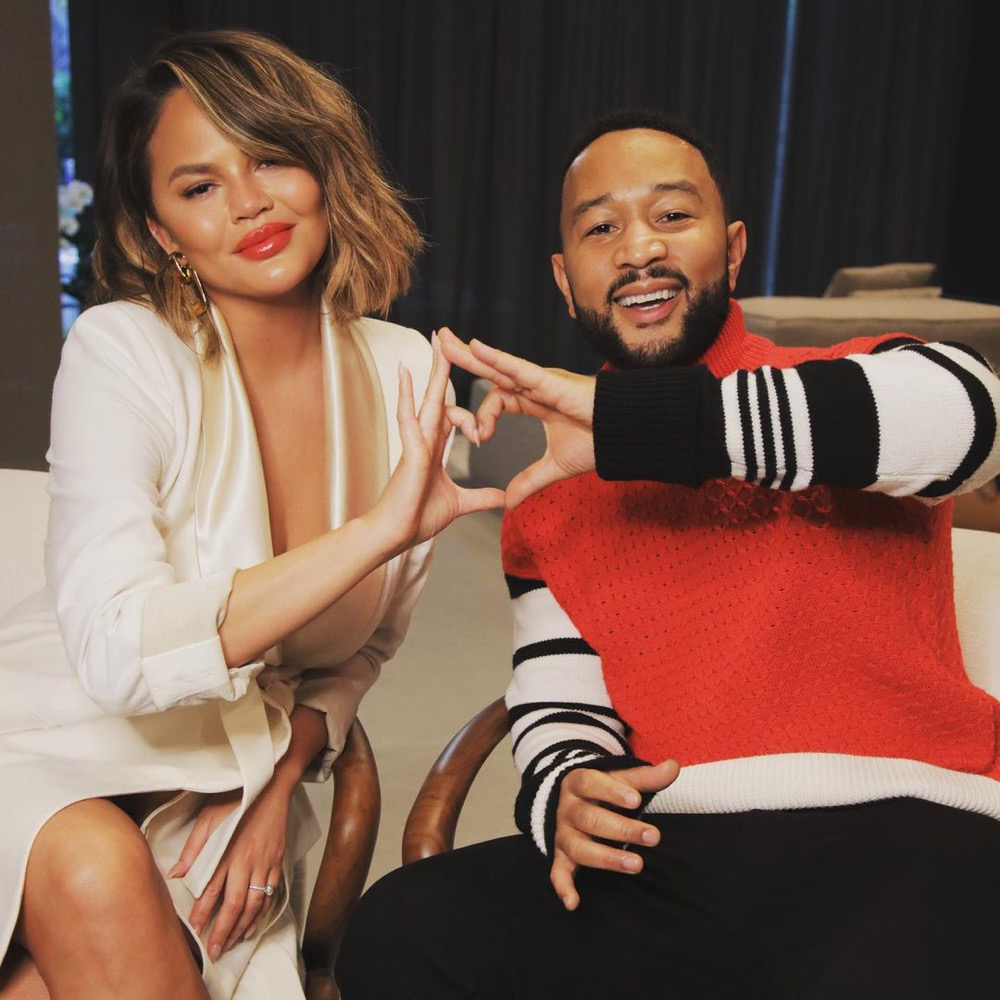 John Legend dedicates emotional Billboard performance to wife, Nigerian Government announce a ban on #EndSARS protests, Rashford renews call to end child hunger. Stay in the know with our Rave News Digest which summarizes five of the hottest global news you need to catch up on, saving you time and energy. Consider it your daily news fix. Falz #EndSARS letter to Buhari.

1. John Legend dedicated an emotional billboard performance to Chrissy Teigen after the loss of their baby

John Legend has returned to the stage for the first time since announcing the loss of his third baby, performing live at the 2020 Billboard Music Awards. The 41-year-old dedicated the emotional performance of Never Break to his wife, the model, and presenter Chrissy Teigen.

The couple revealed the loss of their baby boy, who they had called Jack, earlier this month on Instagram with a series of black and white photos of them in hospital. Dressed all in white at a grand piano in the vast Dolby Theater in LA, John Legend prefaced his performance at the 2020 Billboard Music Awards by saying: “This is for Chrissy.”

The ballad, from his 2020 album “Bigger Love,” includes the lyrics: “I’m not worried about us and I’ve never been. We know how the story ends. We will never break.”

2. Falz writes an open letter to President Buhari, seeks reconstitution of the NHRC board Nigerian lawyer and rapper, Folarin Falana aka Falz who is one of the leading voices in the ongoing #EndSARS protest have penned down a letter to President Muhammadu Buhari asking for the reconstitution of the governing council of the National Human Rights Commission.

In his letter, Falz said the board was last constituted in 2015 and that there is a need for the Buhari-led administration to reconstitute the council publicly and transparently as a way of restoring the confidence of Nigerians.

Read the rest of the letter below: Netflix has ended its free trial customer acquisition style ahead of newly introduced mediums to lure in new members.

According to the press release, the latest move to stop the free trials – which is exclusive to the United States, comes in the wake of the streaming platform’s August-launched free viewing policy which offers movies and series episodes free to stream without a membership. Falz #EndSARS letter to Buhari.

The star shared the fake post, with a caption: “Fake Fake Fake Fake please. Girls don’t even try!!! got 6 calls from parents asking if it’s true “Hell Nahh ” No No No No,” wrote Maphorisa. In the post young women are promised a payment of R6 000 to travel to Mozambique to be part of the music video that Maphorisa and Kabza are supposedly shooting.

Hungry children are sitting in class worrying about what their younger siblings will eat at home later, says campaigning footballer Marcus Rashford. Rashford, who prompted a Westminster government U-turn on free meals over the summer holidays, says some cannot focus due to rumbling stomachs. Stepping up his child poverty campaign, he is urging UK ministers to offer free meals to 1.5 million more children.

Wales has just said it will offer poor pupils free meals over the holidays. Northern Ireland, which has just announced a time-limited lockdown in which schools will close, has said it will cover pupils’ meals during this period, but nothing further is promised for the coming Christmas holiday. England’s government has not committed any further resources to free school meals since schools returned in September.

Rashford, who has told of his own impoverished childhood and formed a coalition of food campaigners under the name #endchildfoodpoverty, is now mounting a petition to Parliament. The petition calls for free school meals to be available for every child from a household on Universal Credit or equivalent.