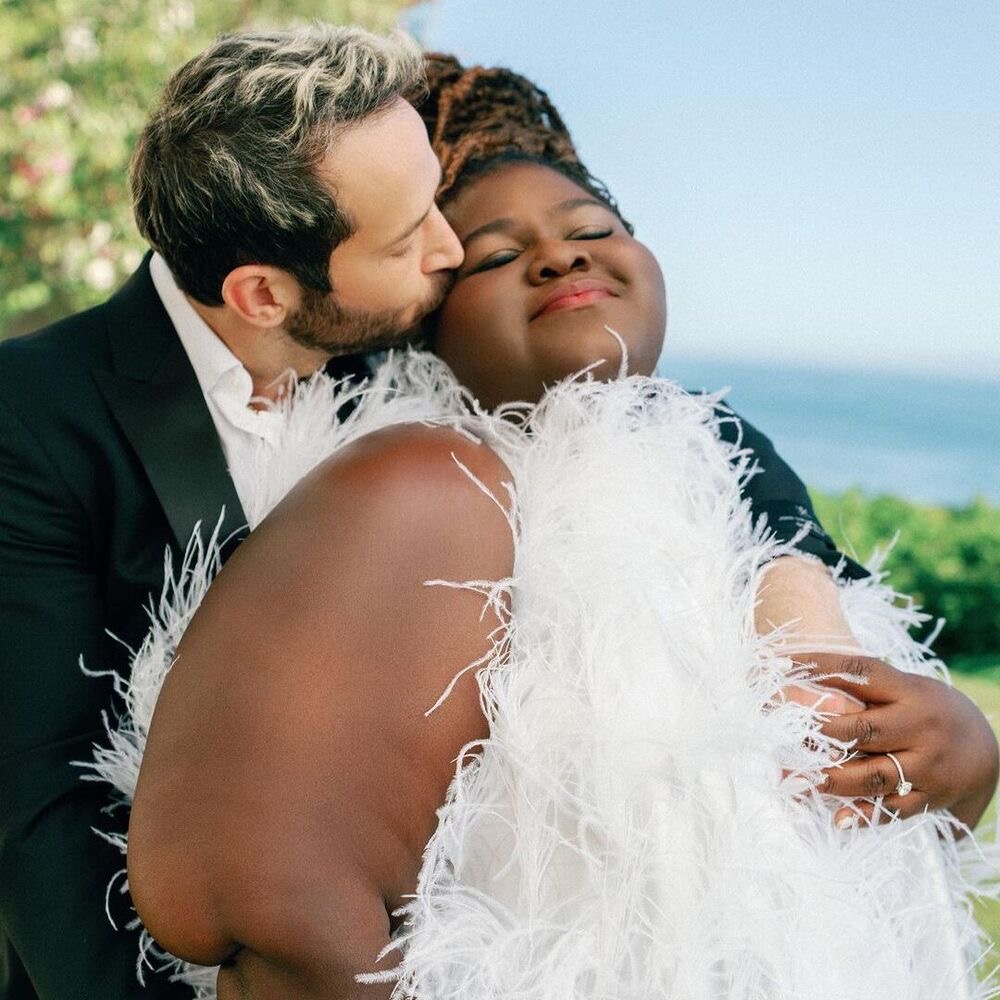 Gabourey Sidibe and Brandon Frankel are married, Blaqbonez reacts to Wizkid’s comments, FIFA to open disciplinary proceedings against Uruguay. Stay in the know with our Rave News Digest, which summarizes five of the hottest global news you need to catch up on, saving you time and energy. Consider it your daily news fix.

Gabourey Sidibe is married to Brandon Frankel. The actress revealed that she secretly tied the knot with her fiancé during a recent chat on “Live with Kelly and Ryan.” “The thing about weddings is I don’t like them. I don’t like them. Here’s an example of how much I don’t like them—I’m actually married,” Gabourey revealed while chatting with the TV hosts on Monday, December 5. “We got married over a year ago.”

The newlywed went on to happily confirm that they tied the knot “at the kitchen table. It was just us,” the actress continued, noting they make their union official about four months after their engagement. Although the lovebirds are already wed, the duo plans to have a formal ceremony in the future.

“SURPRISE! I can finally call her my WIFE publicly,” Brandon shared with excitement on Instagram. “We’ve been MARRIED since March ‘21! Relieved we can finally tell the world. So thankful to have found my forever person, my partner-in-crime, and the love of my life. Every day is the best day with you. Nobody I would rather raise cats with and be in bed by a smooth 8pm with. Love you forever.”

Congratulations to the couple on their union!

Nigerian rap sensation Blaqbonez has reacted to Wizkid’s comments directed at Nigerian rappers. Wizkid had, in an interview with 10 Magazine, commented that he doesn’t listen to rap as the genre is dead and he’s bored by the similarity in beat and style. The statement drew reactions from Nigerian rappers, with some, including M.I, YCee, and Oladips disagreeing with the Grammy winner. After staying silent on the issue, Blaqbonez has finally decided to air his views, revealing that he’s disappointed and hurt by the comments.

Blaqbonez, in a post on Twitter on Monday, December 5, stated that it’s common knowledge that he’s a big Wizkid fan, and while he was not bothered by the content of the interview, it was the later comments on Snapchat that hurt him. Wizkid has described Nigerian rappers as broke on Snapchat while stating that there were only three rappers in Africa — Nasty C, Sarkodie, and Black Sherif. Blaqbonez described the comments as undeserved and hurtful while also reiterating that he owes all he has to hip-hop and that he intends to continue carrying Nigerian hip-hop on his back.

Nambitha Ben-Mazwi owned the year and is ending it on a sweet note with a nomination for the VN Global Media and Entertainment Awards. The VN Awards celebrate entertainment and media industry stars from Africa and around the world. Nambitha is nominated for Actress of the Year, which comes as no surprise after starring in many Netflix productions this year. Sharing the nomination announcement on Instagram, she said the news was “a birthday present.”

“A birthday present. Truly honored by this recognition, because every recognition counts and is a confirmation. Now I need you guys to please vote for me to take this home. Voting lines opened yesterday on my birthday, so surely this is not a coincidence,” she wrote. She is nominated alongside Khosi Ngema, Omowunmi Dada, Oluwabamike Olawunmi-Adenibuyan, Rosemary Zimu, and Osas Ighodaro.

Jamal Simmons, Vice President Kamala Harris’ communications director, is leaving her office around a year after his role was announced https://t.co/vs5DKH7JJu

Jamal Simmons, Vice President Kamala Harris’ communications director, is stepping down after a year. In a statement to the press, the veteran Democratic aide and Detroit native said, “Working for Vice President Harris has been an honor and a privilege. I’m so thankful for the confidence she put in me and I will miss this fantastic team more than anything.”

Simmons, 51, reportedly stepped down to move to New York and spend more time with his family. He has been married to Jewel James, Barack Obama’s former special assistant for intergovernmental affairs, since 2016. Lorraine Voles, Harris’ chief of staff, told the press that Simmons, who took the role in January 2022, was always scheduled “to come on board for a year” because he is the father of two young children. She also praised Simmons for growing “V.P.’s digital presence and building relationships with national, regional, and constituency media.”

Four Uruguay players were charged with offensive behavior by FIFA for angrily confronting the referee after being eliminated from the World Cup. https://t.co/VJi4YYysgT

FIFA will open disciplinary proceedings against the Uruguayan FA and four players due to their behavior upon their World Cup group stage exit. As Uruguay’s World Cup campaign came to an end, there were ugly scenes at the full-time whistle. Players swarmed officials following the win over Ghana, incensed over penalty decisions that weren’t given in their favor, and ultimately aided in their group-stage exit on goal difference. As a result, FIFA will open disciplinary proceedings against their football association and the four players involved: Jose Maria Gimenez, Edinson Cavani, Fernando Muslera, and Diego Godin.

The outbursts after the game’s conclusion have resulted in the four players all potentially being punished for breaches of FIFA’s disciplinary codes for offensive behavior and misconduct. The Uruguayan FA is accused of breaching the same code, as well as a potential discrimination breach.