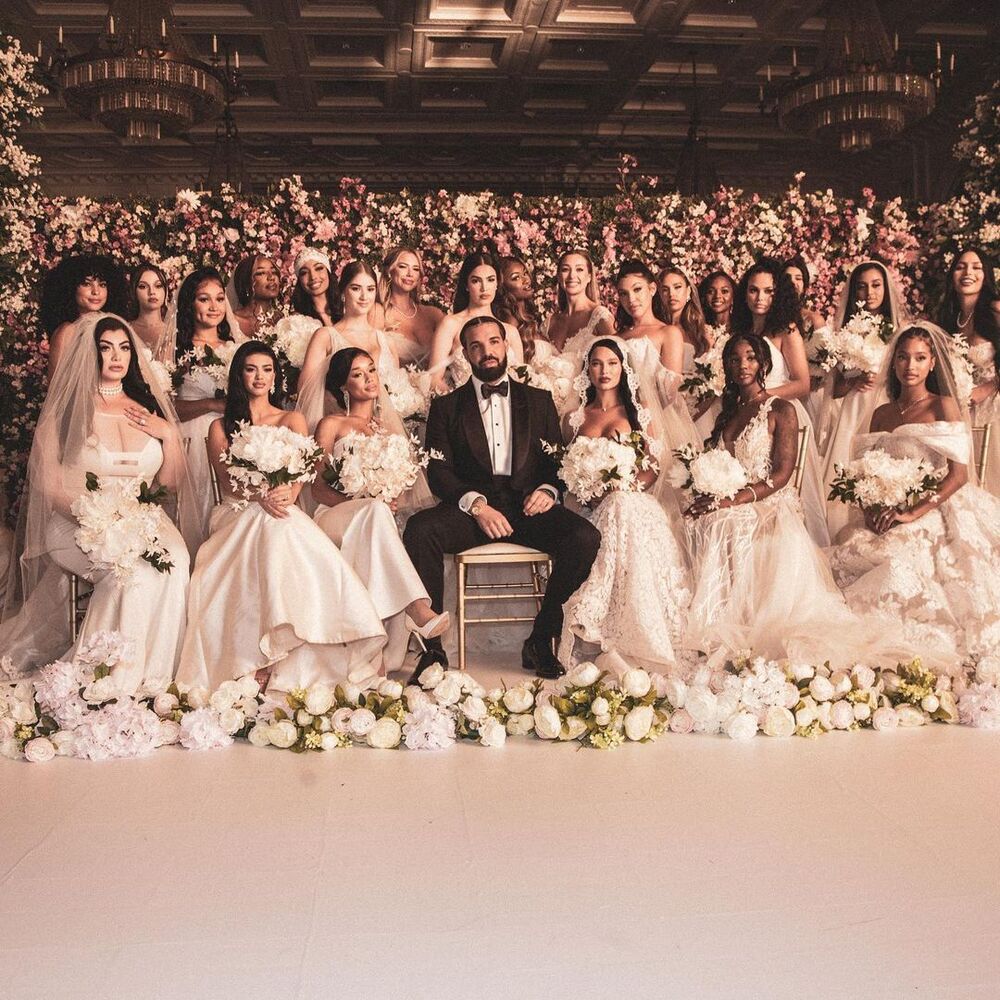 Drake’s seventh studio album, “Honestly, Nevermind,” was released at midnight on June 17th, a little over nine months after his record-breaking “Certified Lover Boy” album. While this new album features over a dozen dance-floor-friendly, house-influenced tunes, Drake maintains the “certified lover boy” theme alive in his dramatic, nine-minute video for the track Falling Back.

The record was executive produced by Drake himself alongside Noah “40” Shebib, Oliver El-Khatib, Noel Cadastre, and South African producer and DJ Black Coffee, who collaborated with Drake on the 2017 project “More Life.”

Drake pays homage to UGK and Outkast’s legendary “Int’l Players Anthem (I Choose You)” video by walking down the aisle and getting married — with a twist — with his “Hotline Bling” and “Started From the Bottom” collaborator Director X behind the camera.

Falling Back begins with a pleasant melody which sounds suspiciously like Drake’s “Get it Together” from his 2017 album “More Life.” This single is all about Drake feeling like he isn’t the first priority in his relationship, which may surprise many people (including us). “Finding myself / Showing myself / Finding a way to remain outta the way,” he sings.

The chosen title for this song is appropriate since it captures the ups and downs that people go through in their relationships. Drake also appears to be in an on-again, off-again relationship. “How do you say, ‘Time heals,’ to my face? / Then go and leave me unreal once more.” The Canadian rapper is also concerned that he is the only one trying to make a change. He continues, “I see us fading away / I’m still holding my breath for the day / that you will see that the effort I make is too real.” It is general knowledge that Drake is a ladies’ man, however, it is yet to be known whom he refers to in the song.

While the lead single provides an inside look into Drake’s failing relationships, the visual tells a different story. The rapper, clad in a tuxedo, receives a pep talk from none other than NBA player and notorious partner of Khloe Kardashian, Tristan Thompson in the over-nine-minute wedding-themed video. As the basketball player prepares Drake for the big moment, the “Nonstop” rapper assures his friend that he is ready to make the commitment. “I’m ready to start a family. I’m head over heels in love,” he stated. When ‘the groom’ arrives at the altar, however, we are surprised to see 23 ladies, all clothed in bridal gowns, who eventually say “I Do” to Drake in front of a Rabbi (Drake went to a Jewish day school as a kid and celebrated his 31st birthday with a “re-bar mitzvah”).

Lately, Thompson has been in the news as the repercussions of his latest infidelity incident were highlighted on last week’s episode of Hulu’s “The Kardashians.” The NBA star acknowledged to having a three-month sexual relationship with fitness instructor Maralee Nichols while dating Kardashian, with whom he has a four-year-old daughter named True, back in December. Soon after, he announced that he and Nichols had a kid together. Several reports regarding Thompson’s infidelity broke days before Kardashian gave birth in 2018, including a series of videos and photographs showing Thompson kissing and entering hotels with other women.

Considering Drake’s track record as a troll, it can be assumed that including Thompson in a music video of him getting married to 23 women is a nod to the NBA player’s polygamous and uncommitted lifestyle.

The video has been dubbed polygamy-themed, though it’s unclear whether Drake is trying to make a political statement on marriage. He seemed to be engrossed in a fantasy land of beautiful women for the most part. During the mass wedding ceremony, the singer gives each bride a secret handshake before handing them similar rings from a beautifully-crafted box. This takes us back to Tristan’s advice to the rapper at the beginning of the video where he tells him “You only get married once,” to which Drake agrees followed by his mother chiming in: “I think he’s really taking these ones seriously.” Considering those two statements, it can be assumed that Drake, with his status as a lover boy, is letting us know it is possible to be in love with more than one person and also make a committment to them. This is definitely an opinion not everyone shares.

We live in a patriarchal society where men can get away with having more than one wife in many parts of the world, whereas, the same level of grace isn’t extended to women. This fact also opened up the floor for a debate on Drake’s stance on feminism and polygamy.

Despite the fact that the Falling Back music video is a total contradiction to the message of the song, the rapper managed to incorporate other external factors into his video. There was a “Free YSL” reference around the “1:50” mark to Young Thug and Gunna, who are now serving time in prison as part of a 56-count RICO indictment against their Young Slime Life collective.

Twenty-three wives is an odd concept but we can all agree that the video is beautifully executed. Also, the general public did love that each model got their individual screen time with their names and Instagram handles edited into the last few minutes of the video.

Drake’s Falling Back can be listened to on any streaming platform.

Exquisite! Drake’s Toronto Mansion Will Have You Resetting Your House Goals | SR Cribs