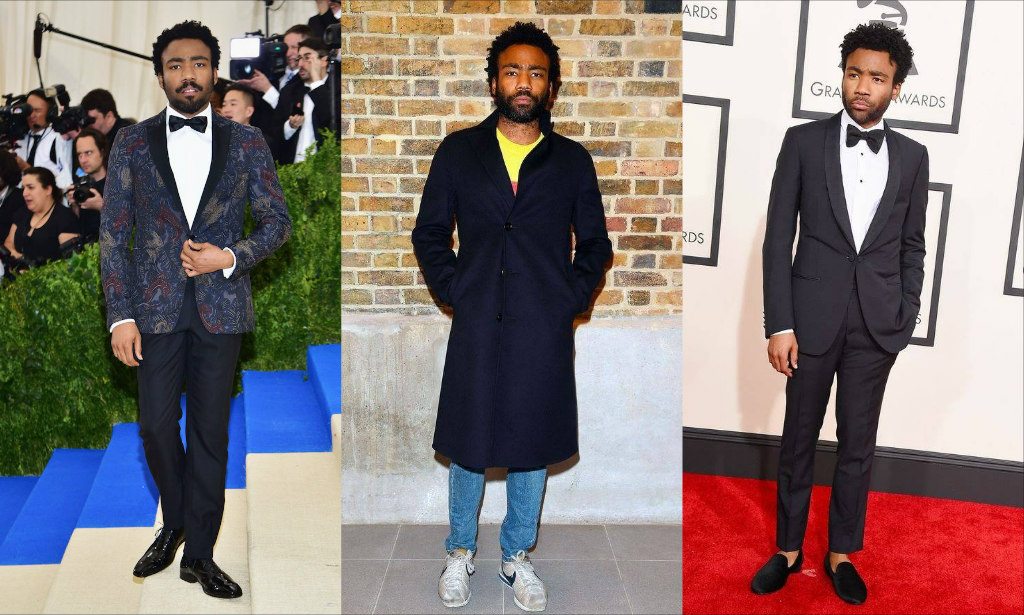 American rapper, actor, writer and director, Donald Mckinley Glover popularly referred to as Childish Gambino is best described as a ‘Creative powerhouse’. The multi-hyphenate creative became the first black person to win an award for ‘Outstanding Directing for a comedy series’ (FX series, Atlanta) at the 2017 Primetime Emmy Awards. He also has several accolades which include Outstanding Lead Actor in a Comedy Series (Emmy), Golden Globe for Best Television Series Musical or Comedy and Best Actor- Television series Musical or Comedy.

Film aside, the 34-year-old Atlanta star has a knack for making the simplest outfit look extra cool as he consistently ignores every sartorial stipulation, proving that when it comes to style, he is in his own league. Whether he is spotted repping his signature laid-back style or looking sophisticated in a Gucci suit on the red carpet, Donald continues to impress us with his very relaxed yet versatile style. Fresh, easy and comfortably non-comforming, his on and off-duty style remains distinct and we are totally crushing on his style.

Check out some of his looks we absolutely adore…