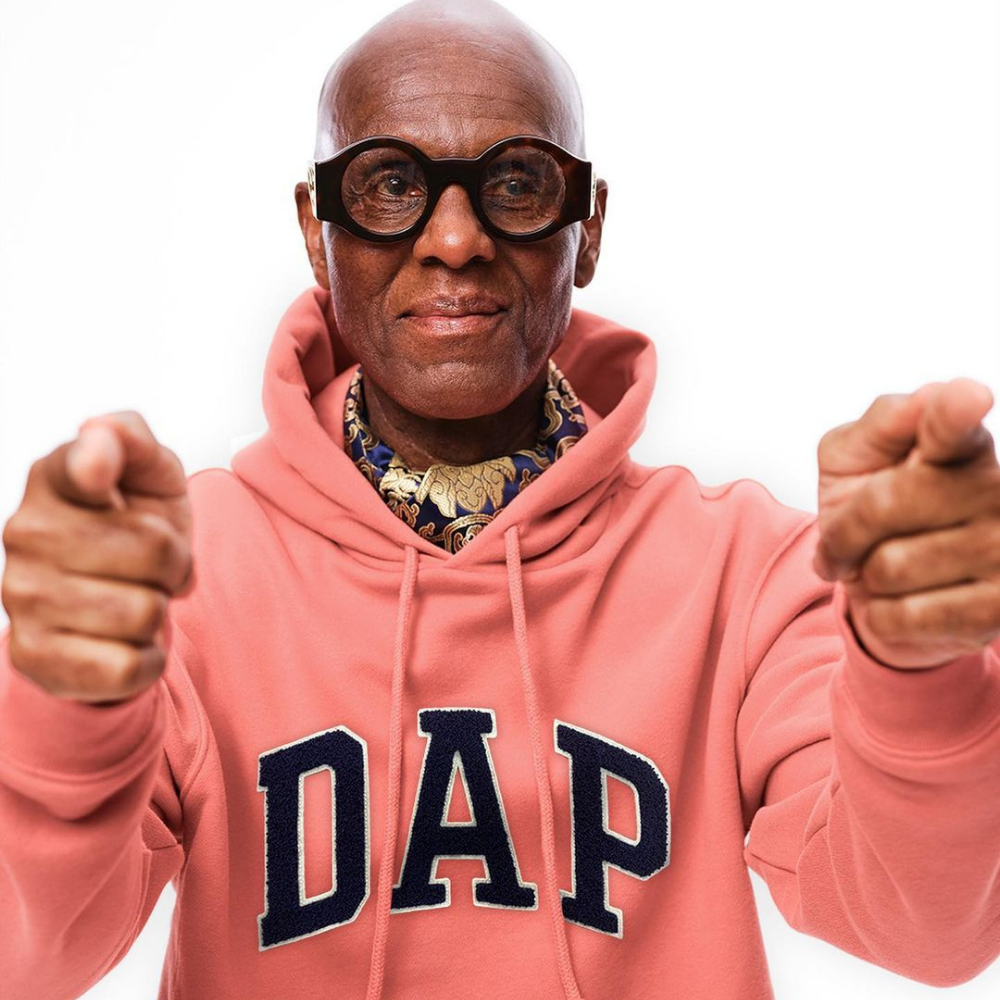 Dapper Dan collaborates with GAP for limited collection, singer Harrysong hints at blackmail, Asisat Oshoala extends Barca contract. Stay in the know with our Rave News Digest which summarizes five of the hottest global news you need to catch up on, saving you time and energy. Consider it your daily news fix.

Gap’s Spring 2022 campaign spotlights American style through a cast of individuals who embody the joy of self-expression, like the legendary fashion designer Dapper Dan. Gap teamed up with Dapper Dan to create a limited-edition version of its arch logo hoodie to coincide with the campaign launch. Shot by Zoey Grossman, the visuals feature a cast of unique creatives, including Dapper Dan as well as supermodel Shalom Harlow, artist Kai-Isaiah Jamal, model Indira Scott, and musician Yumi Nu.

“As a brand rooted in modern American optimism, we celebrate what it means to be your true self today. This campaign is an honest reflection of individuals shaping culture by embracing their own paths—not what has been historically or traditionally defined for them, but what they define to be true for themselves,” Gap’s global head of marketing Mary Alderete said in a press release. “The campaign creative captures these creators pioneering a more inclusive, accepting world and putting their own distinctive stamp on American style.”

2. Nigeria: Singer Harrysong hints at being a victim of blackmail

Harrysong cries out after getting blackmailed by a certain ‘runs girl’ pic.twitter.com/YwrmHHhiSd

Nigerian recording artiste, Harrysong has hinted at being a victim of blackmail. The Highlife singer made this known on his social media platform on Wednesday afternoon. Appealing via his Instagram stories, the singer admonished members of the public not to believe any lady who puts up an “unpaid sex scandal” about him.

Describing the lady as a “runs girl,” Harrysong revealed that he has made continuous payments and is still being threatened. He added that the incident occurred six years ago and he was recorded without knowing.

Musician Sho Majdozi has been away from the socials for a while and after trending for being scarce. The singer has come out to assure fans that she’s alive and kicking and definitely not pregnant. Sho’s silence had fans thinking she might be pregnant so on Wednesday, the musician posted a selfie with the caption: “First things first, I’m not pregnant. Let’s just start there.”

The “John Cena” hitmaker came out to clear the air and explain what she has been dealing with behind the scenes. She said it has been a difficult time dealing with betrayal from the people she has trusted and come a long way with. Joining other South African celebrities who have sung the gospel on taking social media breaks, the award-winning artist said she also advocates for this.

4. Kenya hit with crackdown on motorcycles by government

More than 100 motorcycles have been impounded in Kisumu following the ongoing countrywide crackdown on rogue riders. https://t.co/Gq2j0jlA6y pic.twitter.com/0NRsEg4bFJ

Hundreds of motorbike taxi operators in Kenya have been arrested in a nationwide crackdown leading to frustration for commuters and businesses alike. Glovo is one of several online stores including Jumia Food, Uber Eats, and Bolt Food whose business models rely on motorcycle delivery riders to beat traffic jams in Kenya’s major cities and towns.

President Uhuru Kenyatta ordered the crackdown on Monday to weed out criminal elements, after motorcycle taxi operators allegedly stripped a female driver in traffic prompting public outrage and the arrest of 16 suspects. More than 200 others have since been arrested and fined $305 (£235) each for riding along the pavements and causing obstruction.

Nigeria international Asisat Oshoala has signed a new contract with La Liga and Women’s Champions League holders Barcelona. The 27-year-old forward will now remain with the Spanish giants until the end of the 2023-24 campaign. Oshoala has scored 80 goals in 101 appearances for Barca since joining in January 2019, initially on loan.

“I’m really happy and excited to continue the journey the best team in the world,” she told Barca TV. “It is not just because of the trophies. The management has done a good job to help every player improve on and off the pitch. I have learnt a lot being here.”