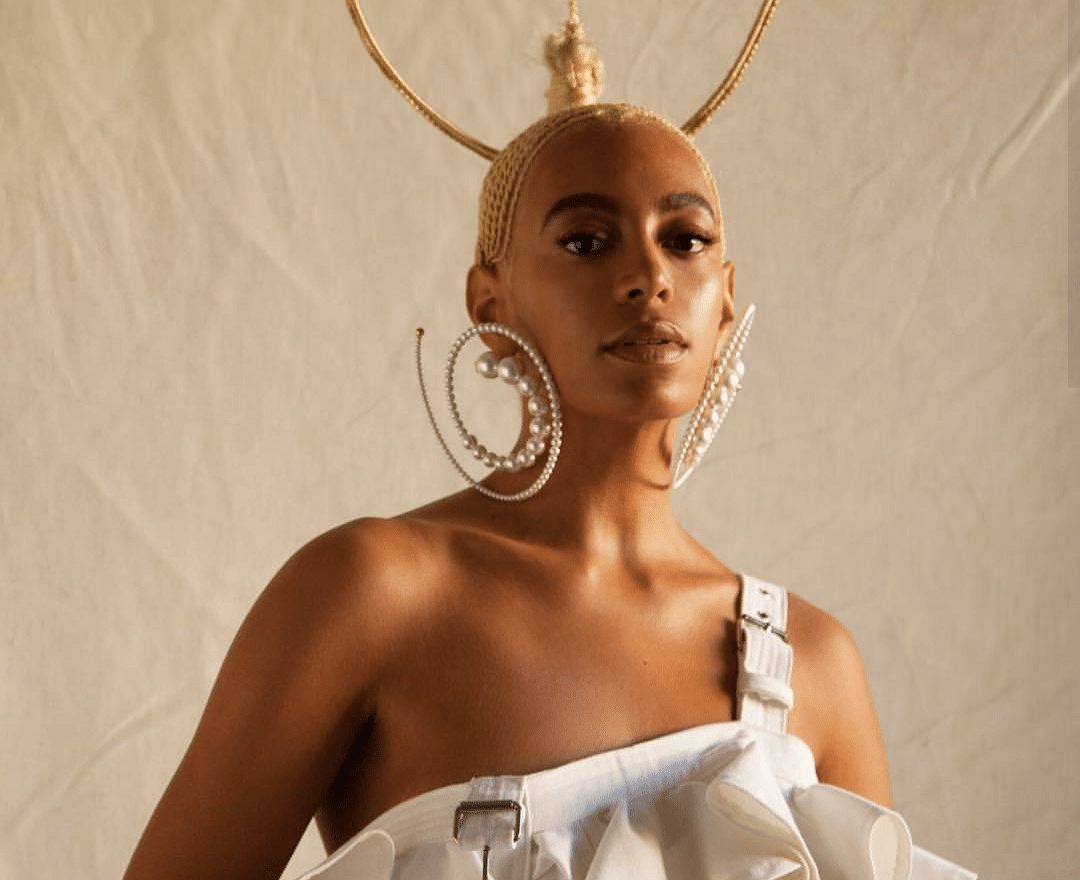 The latest controversial issue features a photoshopped cover photo of the 31-year-old Solange Knowles rocking a bleached baroque braided hairstyle styled by Joanne Petit-Frére and Vernon François and spotting a pair of statement pearl earrings and a white ruffled top without her architecturally constructed halo-like circle crown which was originally part of the unique hairstyle. This stirred quite an online uproar among angry fans. 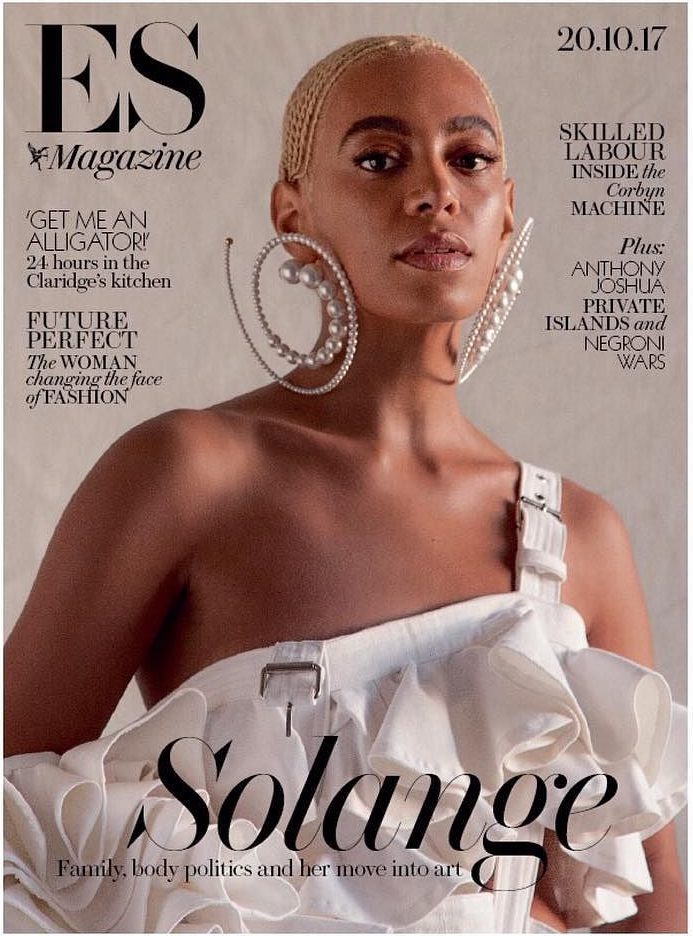 Clearly, The don’t touch my hair crooner did not also approve of this as she showed her discontent by posting the original photo from the shoot on her Instagram account with an abbreviated captioned message “Dtmh” which stands for her famous song title “don’t touch my hair.”

In her interview with the magazine, Solange bares it all as she speaks on her family, body control and her move to art. She discusses the significance of braiding for black women.“It is an art of beauty, an act of convenience, an art of tradition. It is its own art form”, she shared.

According to the singer, every woman has a personal hair journey and hers began in her mother, Tina Knowles-Lawson’s salon. She described the salon as a refuge which in fact gave her a front seat to this transformative experience.

“I got to experience women arriving in one state of mind and leaving in a completely transformed way. It wasn’t just about the hair. It was about the sisterhood and the storytelling. Being a young girl who was really active in dance, theatre and on the swim team, the salon was a kind of safe haven”,  she said.

This ultimately nicked the creative process behind her music and her appearance. The Grammy award singer also talked about body politics and her family. She shared her journey towards gaining full control over her body, both physically and musically which was a big challenge as it hasn’t always been met with enthusiasm.

“To be honest, owning my body this year was really important to me. That can mean a lot of things. That can be in physical form-wanting to have control over my physical body and also wanting to have control in the way it is presented to the world and it isn’t always easy. I often lose opportunities based on my will to want to navigate through that ownership of my body in the most authentic way and I really kind of attained a lot of that from my mother”, She revealed.

The singer asserts this message through her third album which she released last year titled, “A Seat at the Table”. She described it as a project on black women’s identity, empowerment, independence, grief and healing.

Check out some photos from the shoot below… 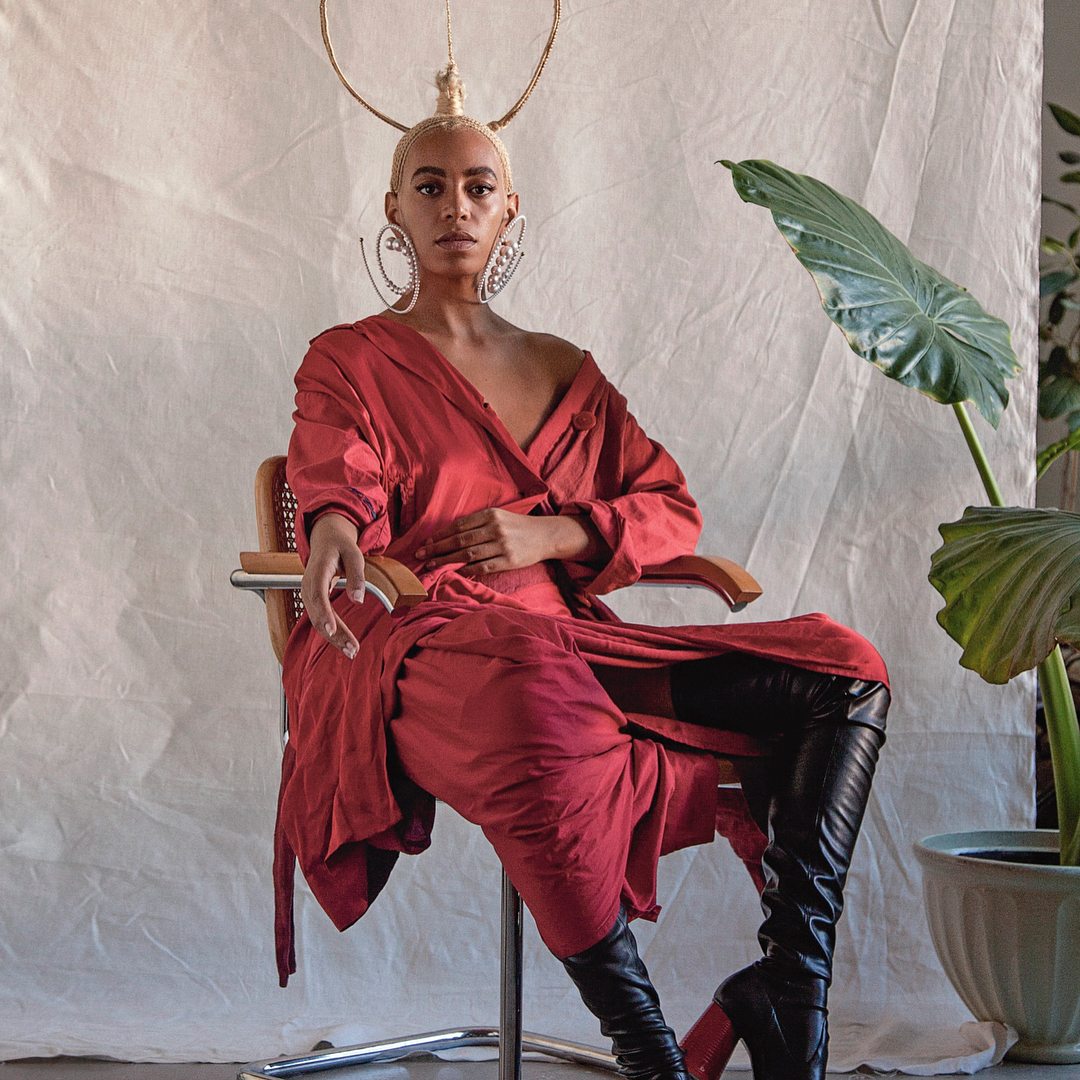 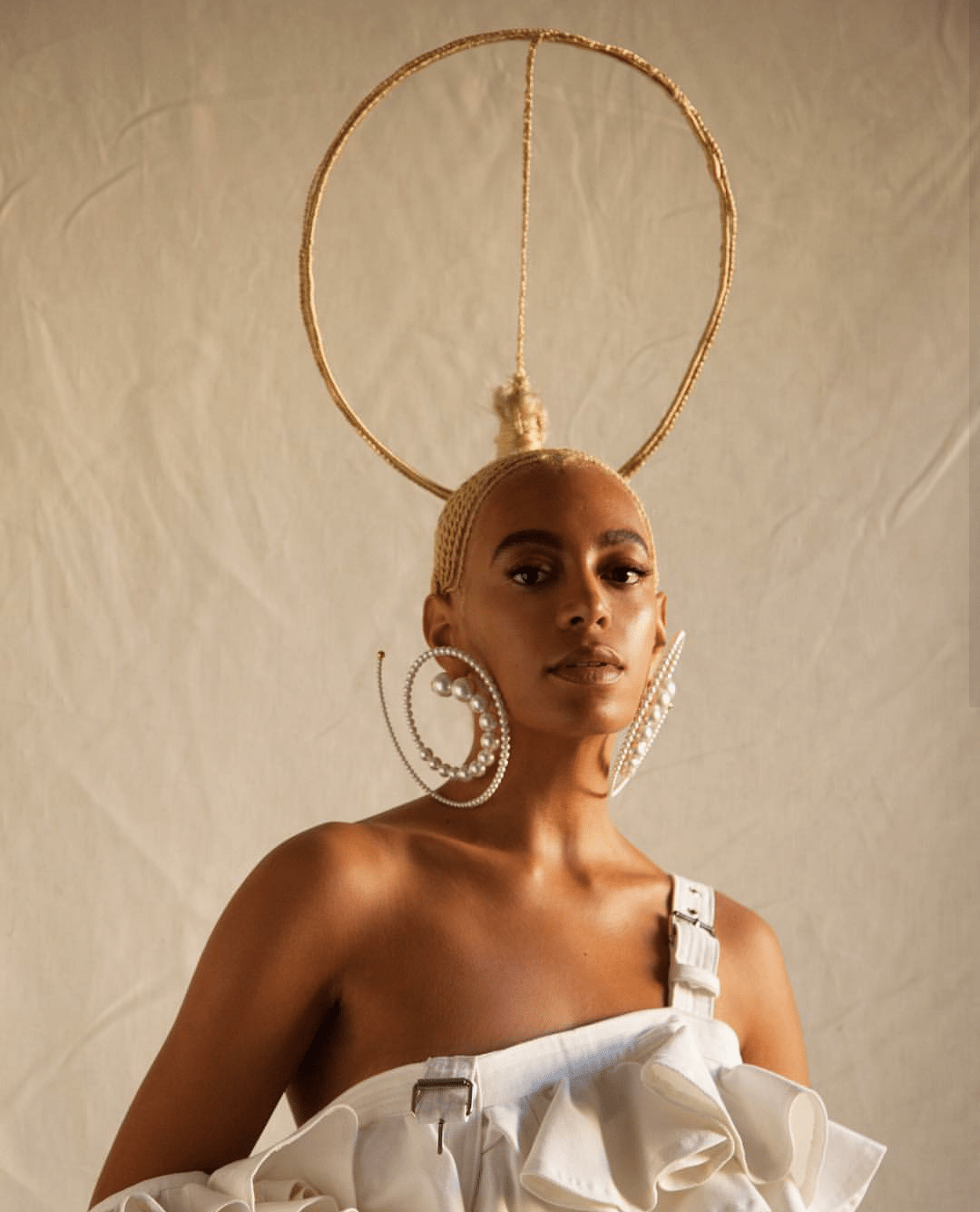 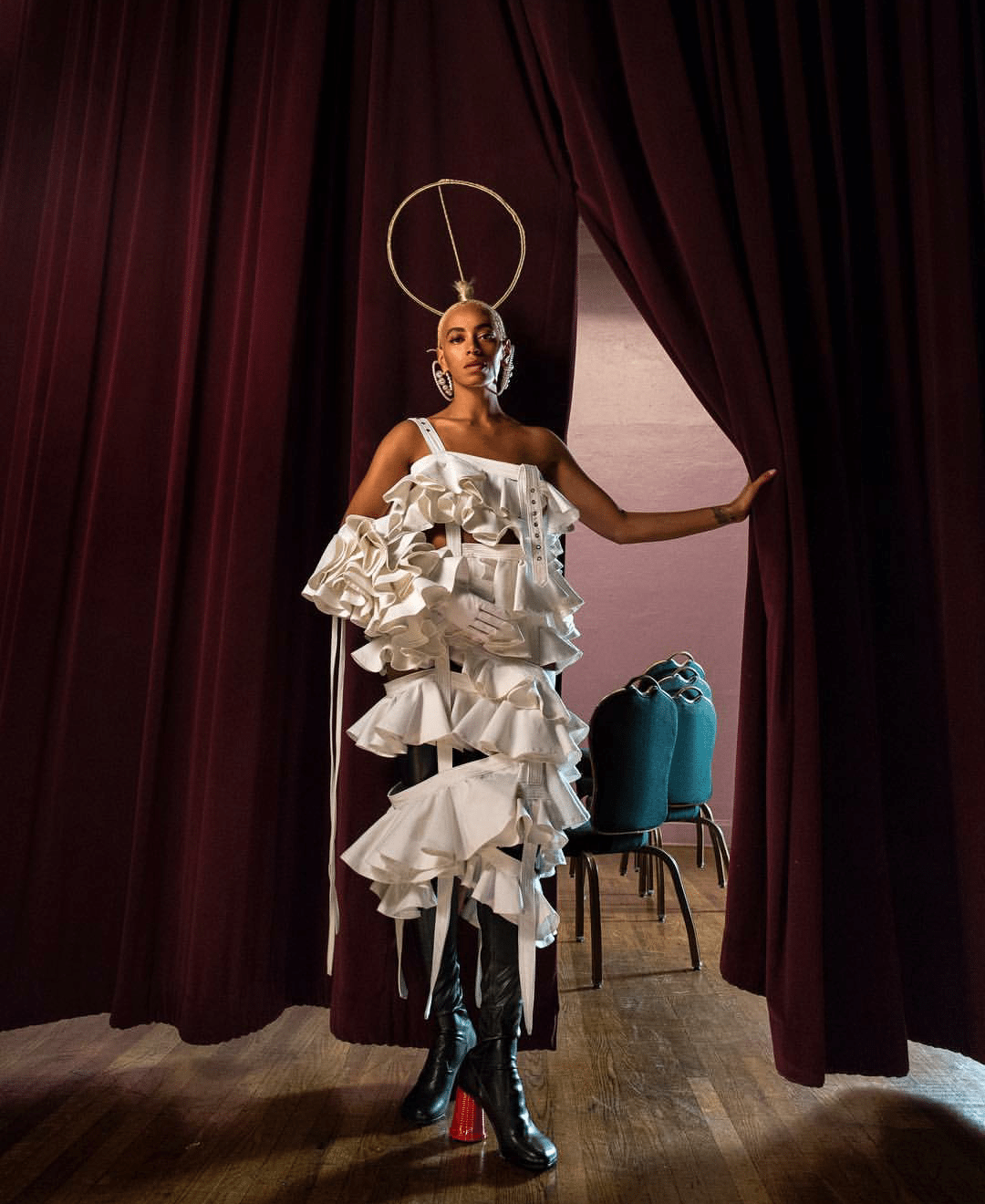