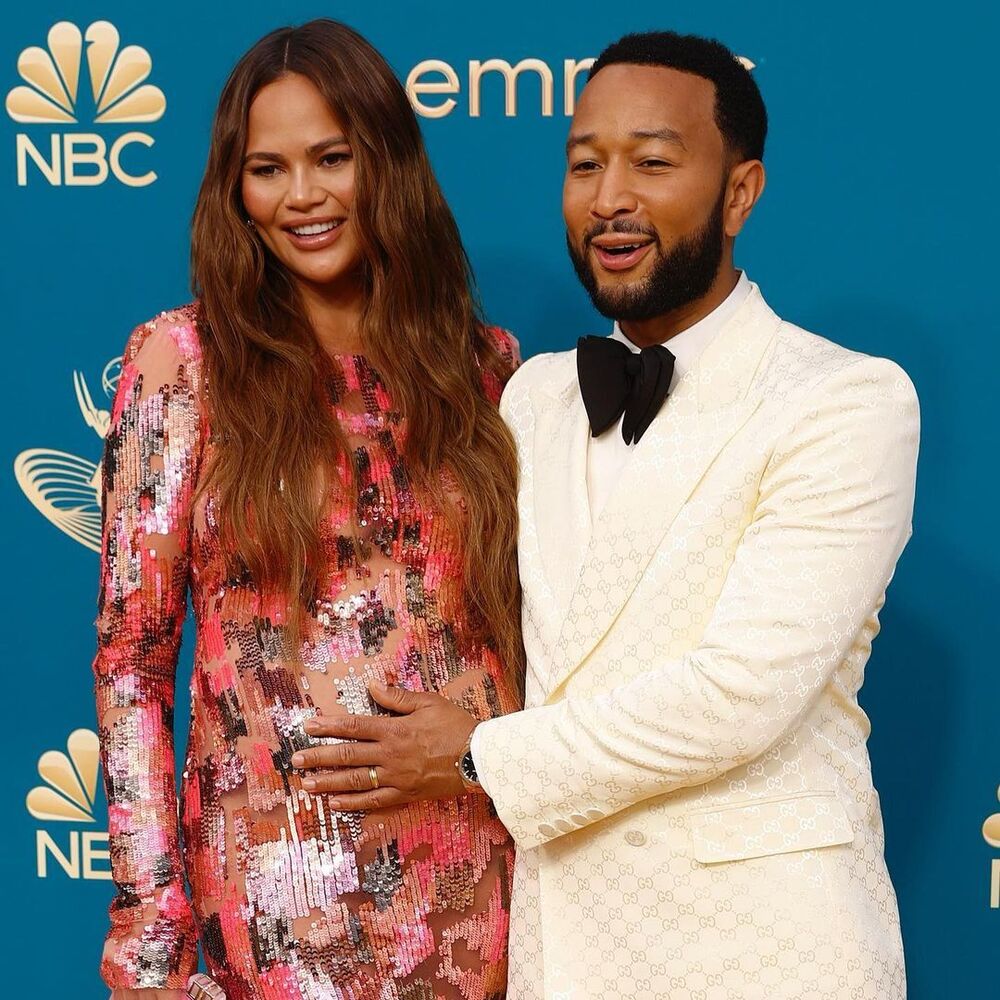 Mental Mondays: Who Is An Empath + Signs You Might Be one

Chrissy Teigen and John Legend welcome third child, Ireti Doyle confirms separation from Patrick Doyle, FA condemns Ramsdale attack. Stay in the know with our Rave News Digest which summarizes five of the hottest global news you need to catch up on, saving you time and energy. Consider it your daily news fix.

Chrissy Teigen and John Legend announced the birth of their third child on Friday, Jan. 13, just hours after the baby was born. According to reports, the ecstatic father, 43, made the announcement at a private concert, saying the family welcomed “the little baby this morning. What a blessed day.” Though the singer performed sleep deprived, he said he “feels energized” after spending time at the hospital. The gender of the baby is not yet known.

Teigen suffered a miscarriage in 2020, but last year stated that the miscarriage was actually an abortion that saved her life.

Veteran Nollywood actress Ireti Doyle has confirmed the end of her marriage to veteran actor Patrick Doyle. The actress revealed the information in a sit-down with Chude Jideonwo and said she was no longer married to Patrick, with whom she shares six children. “We are officially divorced,” she confirmed.

The 55-year-old actor also corrected the rumor that she had her first child at 17, stating that it was at 19 and that she had no business being married at that time. Hinting at what may have caused their separation, she said, “I can’t sacrifice my life in the alter of your imagination or your fantasy.” The celebrity duo tied the knot in 2004.

Music veteran Oskido is on a mission to help young artists retain their power in the industry. The star recently took to Instagram to recount his struggles with music ownership, saying he had to approach major music labels to distribute his music. He said creatives no longer have to jump through difficult hoops, and possibly sell their souls and music in the process with the introduction of his distribution company, Khwale.

The company is an African-based, global-facing DIY music distribution platform that promises artists will keep “100% royalties, no middleman and 100% ownership of masters.” It costs R299 or $17.79 per year for unlimited releases and will be distributed to 150 services worldwide, including YouTube, YouTube Music, Apple Music, Spotify, Deezer, Boomplay, Audiomack, Tidal, Facebook, Instagram, and TikTok.

R’Bonney Gabriel from the United States was crowned the 71st Miss Universe on Saturday night. Gabriel, who last year became the first Filipino-American to win Miss USA, took the crown ahead of Amanda Dudamel from Venezuela and Andreína Martínez from the Dominican Republic. The pageant was held in New Orleans, Louisiana, with 84 women from around the world competing for the crown. Saturday night was the last day of the competition, with eliminations narrowing down the number of finalists until only two remained.

Tensions boil over as the full-time whistle blows at the Tottenham Hotspur Stadium 😳 pic.twitter.com/iYppuJ6dyM

The Professional Footballers’ Association (PFA) and Tottenham have both condemned the incident that saw Aaron Ramsdale attacked by a Spurs fan. The incident happened just after the final whistle of Sunday’s north London derby, which saw the Gunners beat their neighbors 2-0 to move eight points clear at the top of the Premier League. Ramsdale initially got involved in a spat with Richarlison, and as he was ushered off the pitch, a Spurs fan from behind the goal leapt onto the advertising hoardings and kicked the England international in the back before escaping back into the crowd.

Reacting to the incident, a PFA spokesman said: “Violence towards players is completely unacceptable. These types of incidents are happening far too often. Players have a right to be safe in their place of work. When a player is attacked, we expect the laws and regulations that are in place to protect players to be properly enforced. As the players’ union, we treat this as a priority issue. We will continue working with the authorities to demand that players and staff are better protected in their place of work.” Tottenham also released a statement, vowing to take strong action once the fan is identified.

Mental Mondays: Who Is An Empath + Signs You Might Be one