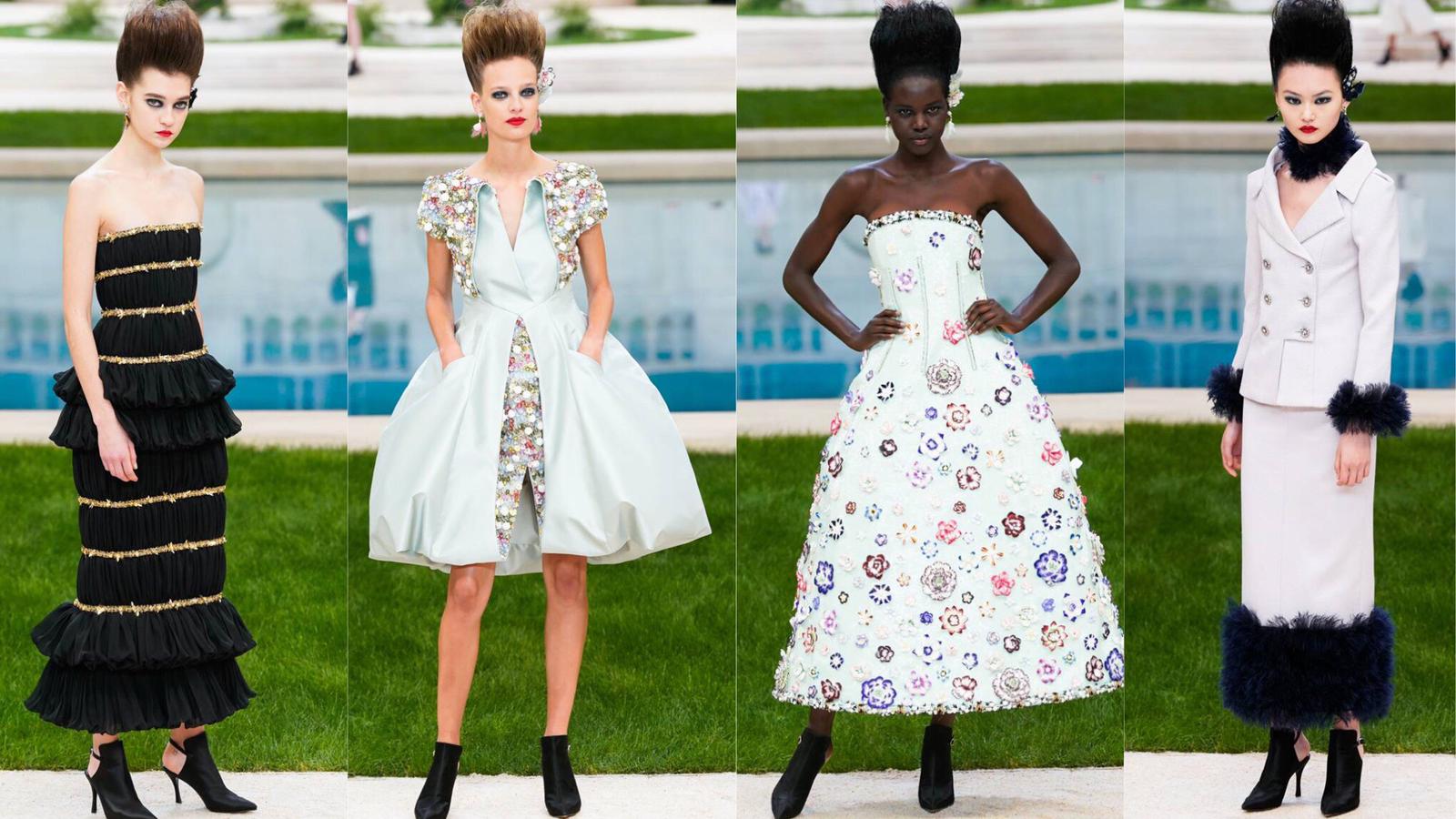 The snow-covered streets of Paris didn’t deter luxury fashion faithfuls from flocking into the Grand Palais, where Karl Lagerfeld was set to present his Spring/Summer 2019 couture collection for Chanel.

Just on the heels of the Spring 2019 collection which brought the beach to the Grande Palais with real sands, lifeguards, flowing ocean, the couture collection was another visual sojourn to the Villa Chanel.

The stunning set, inspired by the 18th century – Lagerfeld’s favourite time period – was either a representation of a villa either in the south of France or Monte Carlo. With slender cypress and luxuriant palm trees represented, the structure was characterized by a grand double staircase that led to a well-manicured lawn and a giant pool in its centre. 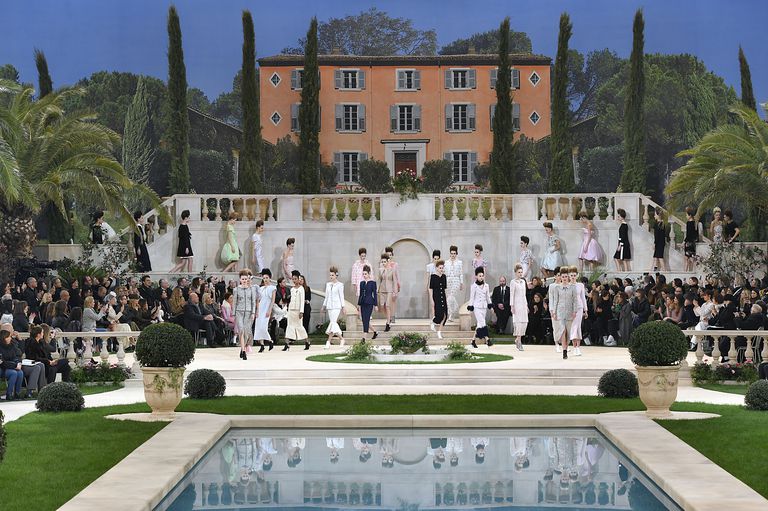 The collection was an ode to various time periods as seen in the delicate dresses that seemed rigid yet fragile, tweed suits and bateau necklines from the 18th century. There was also a nod to the ’80s with the bubble hem dresses, poofed up shoulders, feathers, ruffles and trims.

85-year-old Lagerfeld, who couldn’t attend his own show as he was “tired,” not only displayed the brand’s signature aesthetics but also created interesting non-traditional wonders. For the end of the show, there was yet another surprise: the Chanel Couture show always ends with a bridal look and Lagerfeld himself accompanies the “bride,” however this year his right hand, Virginie Viard, took the bow instead. 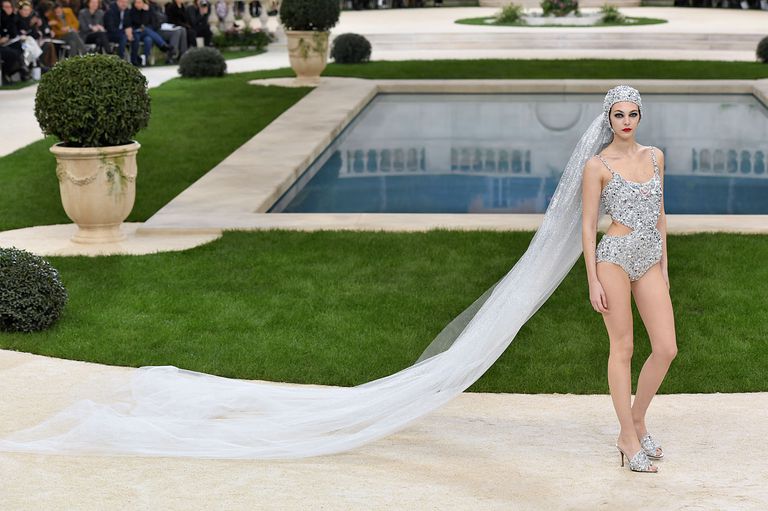 According to a statement the Brand released to WWD:

“For the traditional greeting at the end of the show, Mr Lagerfeld, artistic director of Chanel, who was feeling tired, asked Virginie Viard, director of the creative studio of the house, to represent him and greet the guests alongside the bride, Virginie Viard as creative studio director and Eric Pfrunder as Chanel’s director of image continue to work with him and follow through with the brand’s collections and image campaigns.”

Having a strong message in sensitivity, he approached the details by reflecting the beauty in appreciating the decadence in the midst of chaos. Lagerfeld might not have ended the show but he managed to put together a show that was dainty and iconic.

Here are select pieces from the collection…