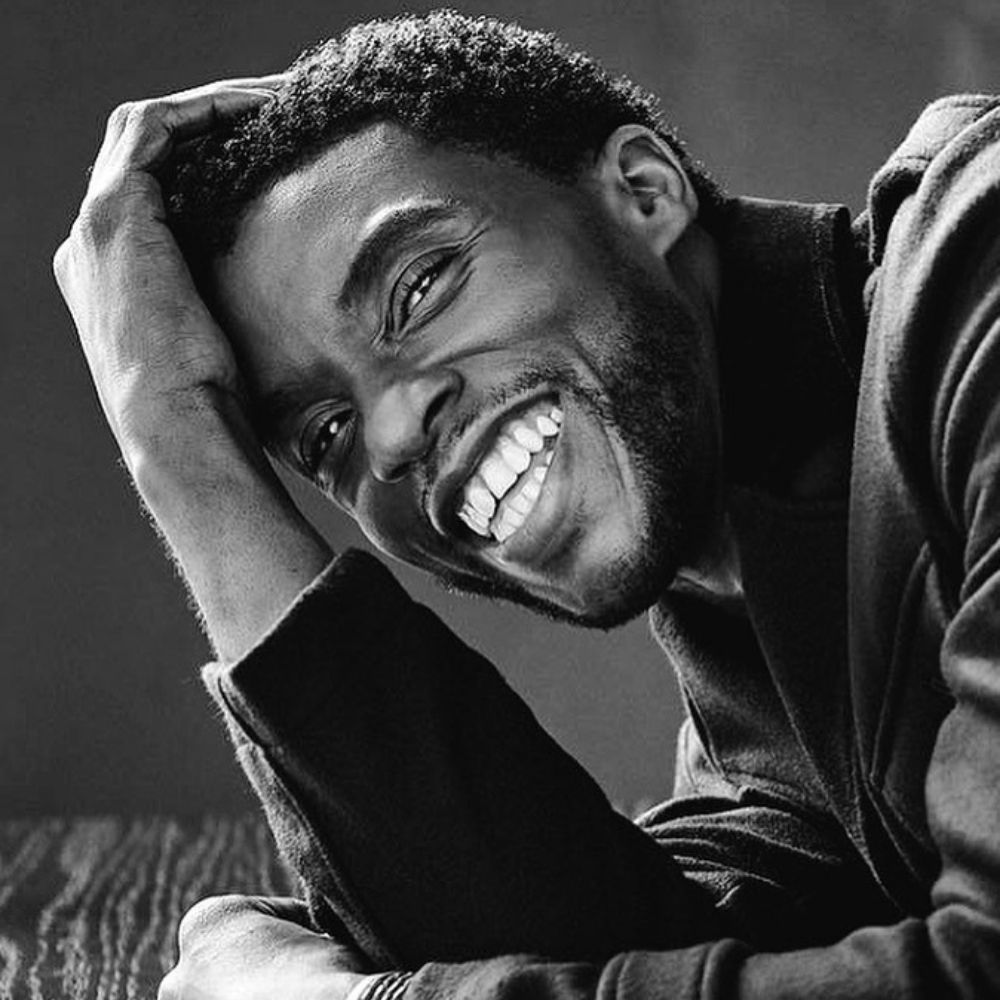 Chadwick Boseman was no ordinary artiste. Not quite the kind that painted pictures or drew them––although he did, somehow. As an actor, he had the ability to paint a character so vividly in a way that left a lasting impression. With his untimely passing, the legacy of this real-life superhero status must be celebrated. Chadwick Boseman movies

Indeed, not all heroes wear capes because for Chadwick’s portrayal of the first major black superhero in a movie, The Black Panther, his suit, didn’t have a cape. In the movie, he was T’challa, leader of the fictional African country, Wakanda. A land flowing with milk, honey, and vibranium. But beyond his movie roles, he was Chadwick Aaron Boseman, the cultural hero. The importance of representation is seen so clearly in how the movie was received by black people all over the world.

Chadwick was born on November 29, 1977, in Anderson, South Carolina to a nurse, Carolyn Boseman, and furniture maker, Leroy Boseman. He would write his first play just at the cusp of adolescence, in High School, after a classmate was shot and killed. He titled it Crossroads.

College and the Denzel Washington connection

The young Chadwick went on to college at Howard University, Washington DC, graduating in 2000 with a Bachelors in Fine Arts and Directing. As a broke college student, Chadwick had a magic touch when his tuition for film school was surprisingly paid for by his long-time role model, Denzel Washington. Chadwick Boseman movies

This opportunity of a lifetime allowed him to attend the Oxford Mid-Summer Program of the Brutish American Drama Academy in London then return to the US to graduate from New York City’s Digital Film Academy. Chadwick Boseman movies

From Brooklyn to Los Angeles, Chadwick chased an acting career in Hollywood. His first role coming in 2003 as a character on an episode of the show, Third Watch. He would go on to act in a number of TV shows including All My Children, Law and Order, CSI: NY, ER, Lincoln Heights, and Persons Unknown.

His first movie role was in 42 where he portrayed the legendary baseball star player, Jackie Robinson in 2013. He was very talented when it came to portraying historical characters as is seen in his portrayal of Thurgood Marshall in Marshall (2017) and James Brown in Get on Up (2014). Chadwick Boseman movies

His big break came in the form of the movie, The Black Panther. However, he had been a part of the Marvel franchise since 2016, first playing T’Challa in Captain America: Civil War. We would later find out that, that same year, he began his struggle with colon cancer.

But he didn’t let cancer hold him back. Since 2016, T’challa continued to give us a number of hit movies, among them, in addition to the Marvel movies are 21 Bridges and the Spike Lee-directed war-drama, Da5blood.

In the early hours of August 28, his family announced his death after a prolonged battle with cancer. Along with his family, he is survived by his long-time partner, Taylor Simone Ledward who according to reports, he married in a private ceremony in 2019.

It is worthy of note that Chadwick spent a large part of his life and career fighting for racial justice and equality. By creating visibility for every young black child out there to know that they too can be heroes, Chadwick Aaron Boseman has indeed changed the film industry and the world at large. This loss will be felt for years to come.

Listen to his inspiring speech at the SAG Awards

6 Important Tips To Know When Shopping For Shoes Online