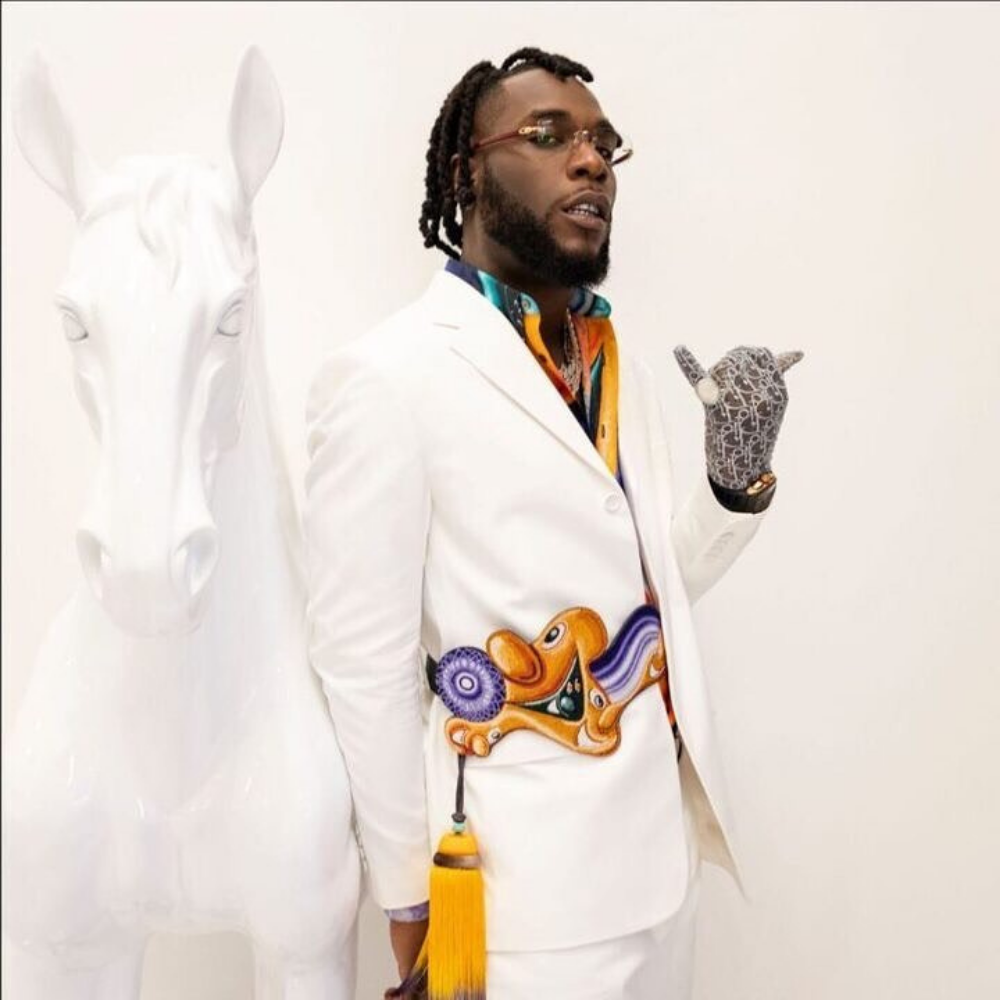 Watch @burnaboy preview an unreleased track off his upcoming album, ‘Love, Damini’.
Out this July 🚀🔥 pic.twitter.com/abqIKWW5Ng

Burna Boy has reportedly announced he’s got a new album coming. The Nigerian hitmaker became the first of his nationality to headline a concert at New York’s Madison Square Garden on Thursday night, April 26, and with it, came a major announcement. During the show, the afro-fusion singer revealed that his new album will be called “Love, Damini,” which a press release later stated would be released on his 31st birthday, July 2.

At the sold-out show, Burna Boy performed a never-heard-before song titled “Igbo and Shayo” which will be on the album. Burna Boy’s last album was 2020’s Grammy Award-winning Twice As Tall. Since releasing the project, he’s dropped numerous singles, including “Kilometre”, “Question”, “Want It All”, “B. d’Or”, and “20 10 20”

Netflix is announcing more of the details surrounding their partnership with Megan Thee Stallion. In an interview, Netflix’s head of comedy Tracey Pakosta said the streaming service is developing a new comedy series loosely based on the Houston rapper’s life. “It’s very early stages,” she said. “She came in and she pitched something loosely based on her life growing up, and we got very excited about it. We think she’s special.”

Megan also commented about her deal with Netflix, saying she’s looking forward to the possibilities surrounding their partnership. “I’ve always had a passion for telling creative and entertaining stories, so I’m thrilled about this partnership with Netflix,” she said. “Venturing into production is the next step in my journey as an entrepreneur and I can’t wait to bring all my ideas to life and for my Hotties to watch.” So far, the name and plot-line for the comedy series have not been revealed.

Makhadzi is set to launch her Mavoda cosmetic range and plans to have a big gala dinner celebration in her hometown to mark the milestone. Makhadzi has her Madova body lotion, petroleum jelly, and lip balm products on the shelves of many popular retail stores in Limpopo, and is set to launch them in all major South African stores on May 6. Speaking to the press, Makhadzi said she worked tirelessly to produce a product that was inclusive and of great quality.

“Mavoda is a lotion suitable for the whole family with mango extract, vitamin E, and sweet almond oil. Contains ingredients that cause deep hydration, smoothen, and soften the skin for more than 24 hours after application. The skin has a lather touch. Suitable for normal and dry skin,” she said. The Limpopo-born star is on a mission to build her empire, using her roots as her inspiration.

4. Guinea to move to civilian rule in three years

The head of Guinea’s military government has announced the country will return to civilian rule after a 39-month transition period. Speaking on television, Col. Mamady Doumbouya, said the proposal would now be put to Guinea’s parliament. His army ousted the elected president in a coup last year — a move many Guineans initially welcomed. But there has been growing discontent as the military junta failed to hand over power to civilian rule.

The announcement came after the regional bloc of West African nations, ECOWAS, set last Monday as the deadline for the army to give its timeline or face immediate sanctions. However, the deadline was missed but the junta asked for more time and said it was considering a transition period somewhere between 18 and 52 months. On Saturday, Col. Doumbouya said the 39-month period — three years and three months — was the “median proposal.”

Real Madrid has clinched their 35th La Liga title with four games to spare after beating Espanyol 4-0 at Santiago Bernabeu. Carlo Ancelotti’s side only needed a point against Espanyol to secure the trophy but ended up taking all three to record their fifth successive victory thanks to a first-half brace from Rodrygo, before Marco Asensio and Karim Benzema added goals. Burna Boy Love Damini.

Madrid has moved 17 points clear of second-placed Sevilla, whose title push effectively ended with a 1-1 draw against Cadiz on Friday, and celebrations are now underway in the Spanish capital. Madrid’s win over Espanyol was their 25th of the 2021-22 campaign, and they have also recorded six draws and three defeats. The Bernabeu outfit boasts the best-attacking record in the division with 71 goals and the second-best defensive record behind Sevilla — with only 29 goals conceded to date.

STOP EAT! These Common Foods May Be Responsible For Your Acne Flare-ups