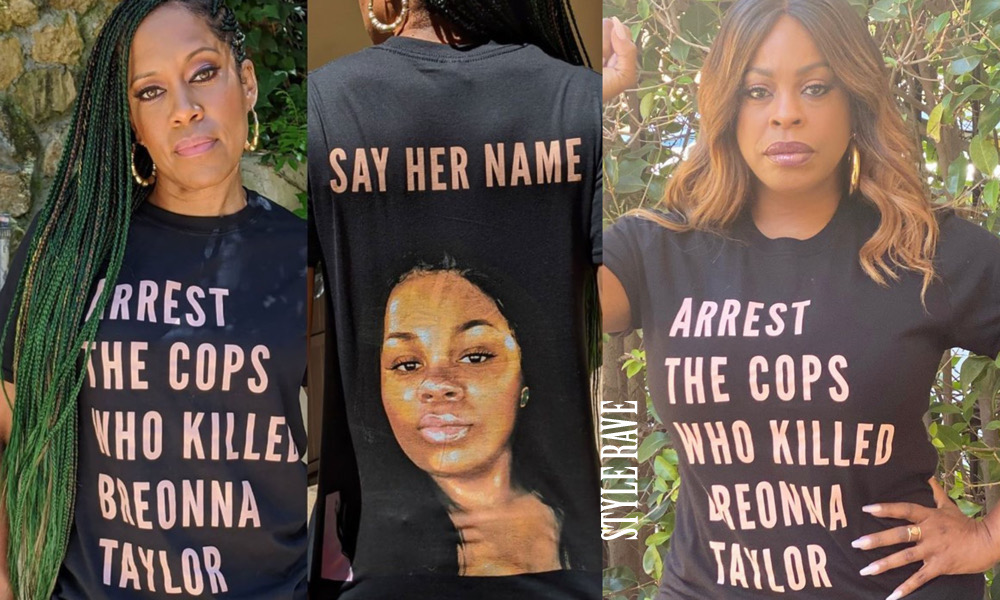 It has now been more than five months (March 13) since Breonna Taylor was shot and killed by three Louisville police officers who broke into her home while slept in her bed. Despite public outrage, none of the three officers involved—Jonathan Mattingly, Brett Hankison, and Myles Cosgrove—have been arrested for the horrific death of the 26-year-old emergency room technician.

To continue to #SayHerName, seek justice, and prevent the public from losing interest in the case, many celebrities are using their platforms to continue calling for justice for Breonna Taylor. Breonna Taylor Instagram.

Marking 150 days since Breonna Taylor was murdered, on August 10, several celebrities posted pictures of themselves wearing t-shirts from an organization called Phenomenal, which says “Arrest the cops who killed Breonna Taylor” on the front and features a portrait of Breonna by artist Arlyn Garcia on the back.

Pictures of these celebrities wearing this t-shirt were shared on social media as another effort, among many others aimed at seeking justice for Breonna Taylor, whose life was tragically cut short.

The campaign was started by the women of the Women National Basketball Association (WNBA)—who also dedicated their season to Breonna Taylor—in partnership with Phenomenal, with all proceeds going to the Breonna Taylor Foundation.

In June, pressure from Louisville residents forced the city council to pass Breonna’s Law, which bans “no-knock” warrants and requires officers to have their body cameras on and recording at least five minutes before and after serving a warrant. Efforts to make Breonna’s Law a federal law are ongoing.

On June 5, Taylor should have been celebrating her 27th birthday. Instead, a campaign was launched by writer Cate Young and included birthday cards being sent to Kentucky Attorney General Daniel Cameron as a reminder of his inaction in Taylor’s case. Celebs like Solange, Megan Thee Stallion, Alicia Keys, and many others supported the campaign. Breonna Taylor Instagram.

A documentary about Breonna Taylor and the movement that sparked outrage at the injustice following her murder is currently in the works at FX. Award-winning director Yoruba Richen and Pulitzer-prize nominated reporter Rukmini Callimachi are behind the doc, which will be part of The New York Times Presents series.

See other celebrities who took part in the campaign…