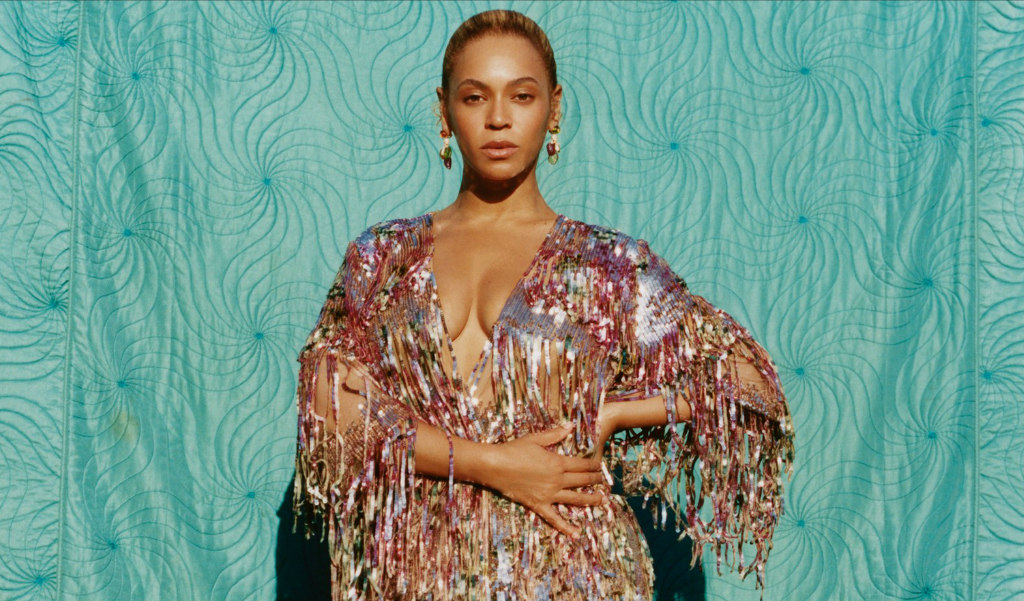 Vogue Magazine unveiled its September 2018 issue and the internet went crazy! The reason was simple – its cover star is Beyoncé Knowles! Queen Bey was looking utterly radiant in all the released photos as shot by 23-year-old photographer Tyler Mitchell. Tyler also happens to be the first black photographer to shoot the cover of the 126-year-old American Vogue.

The September issue of Vogue always gets a lot of attention because it’s the biggest issue of the year. Its editorial spreads can dictate trends; it’s a major draw for advertisers and the cover always features an A-list celebrity. According to words on the street, editor-in-chief, Anna Wintour had apparently given Bey total control over the photography and associated article. 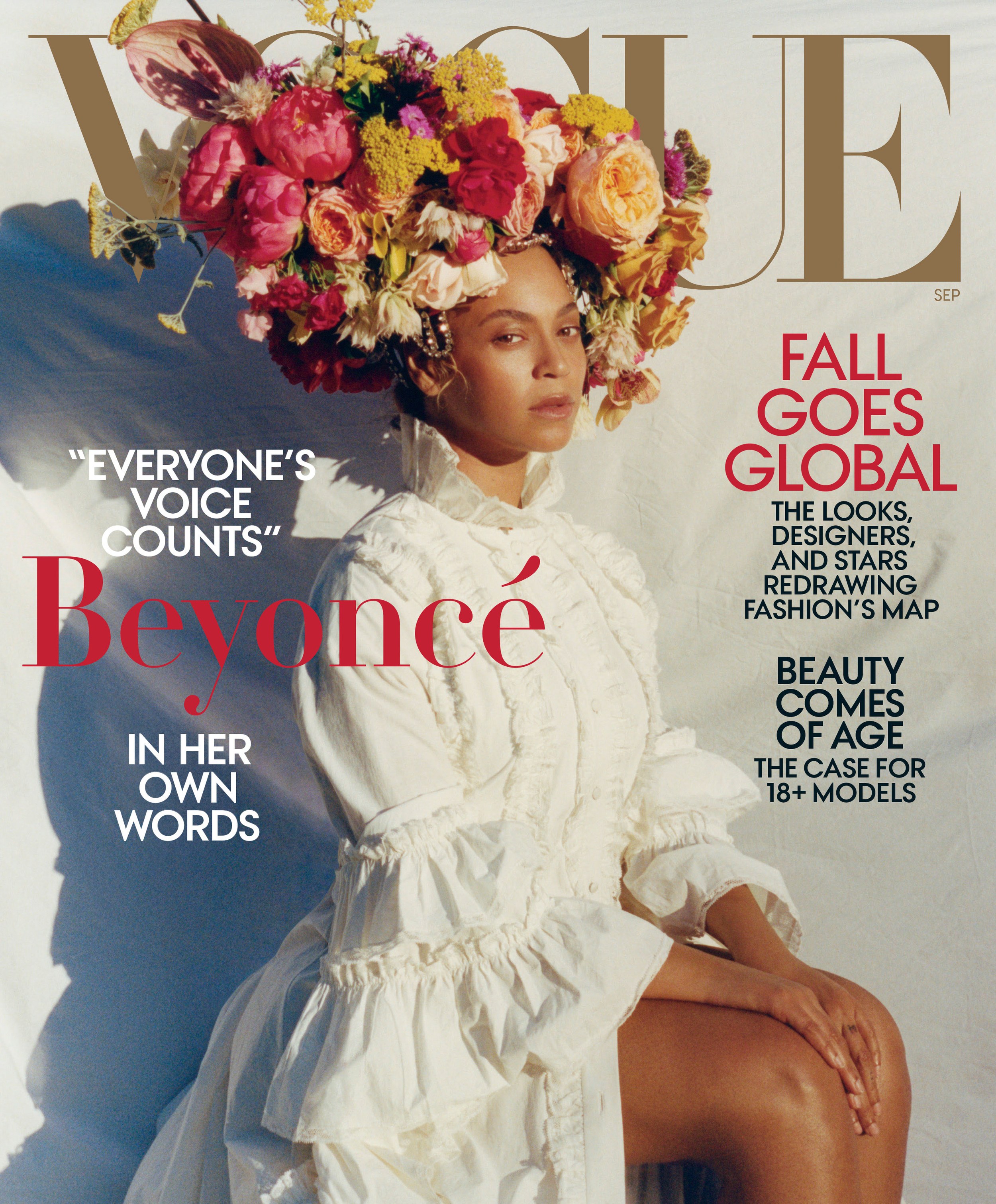 In this issue, Queen Bey talks about bouncing back after the birth of her twins, body acceptance, her ancestry and so much more. From the interview, we have learnt that Rumi and Sir were delivered via an emergency C-section as her health and the health of her babies was in danger. Bey also revealed that she has come to accept her curvier post-pregnancy body.

Here are select quotes from the interview in which Beyoncé gets as candid as never before.

“After the birth of my first child, I believed in the things society said about how my body should look. I put pressure on myself to lose all the baby weight in three months and scheduled a small tour to assure I would do it. Looking back, that was crazy. I was still breastfeeding when I performed the Revel shows in Atlantic City in 2012. After the twins, I approached things very differently. I was 218 pounds the day I gave birth to Rumi and Sir. I was swollen from toxaemia and had been on bed rest for over a month. My health and my babies’ health were in danger, so I had an emergency C-section. We spent many weeks in the NICU. My husband was a soldier and such a strong support system for me. I am proud to have been a witness to his strength and evolution as a man, a best friend, and a father. I was in survival mode and did not grasp it all until months later.

On having a C-Section:

Today I have a connection to any parent who has been through such an experience. After the C-section, my core felt different. It had been major surgery. Some of your organs are shifted temporarily, and in rare cases, removed temporarily during delivery. I am not sure everyone understands that. I needed time to heal, to recover. During my recovery, I gave myself self-love and self-care, and I embraced being curvier. I accepted what my body wanted to be. After six months, I started preparing for Coachella. I became vegan temporarily, gave up coffee, alcohol, and all fruit drinks. But I was patient with myself and enjoyed my fuller curves. My kids and husband did, too.

More on accepting her body:

I think it’s important for women and men to see and appreciate the beauty in their natural bodies. That’s why I stripped away the wigs and hair extensions and used little makeup for this shoot. To this day my arms, shoulders, breasts, and thighs are fuller. I have a little mommy pouch, and I’m in no rush to get rid of it. I think it’s real. Whenever I’m ready to get a six-pack, I will go into the beast zone and work my ass off until I have it. But right now, my little FUPA and I feel like we are meant to be.” 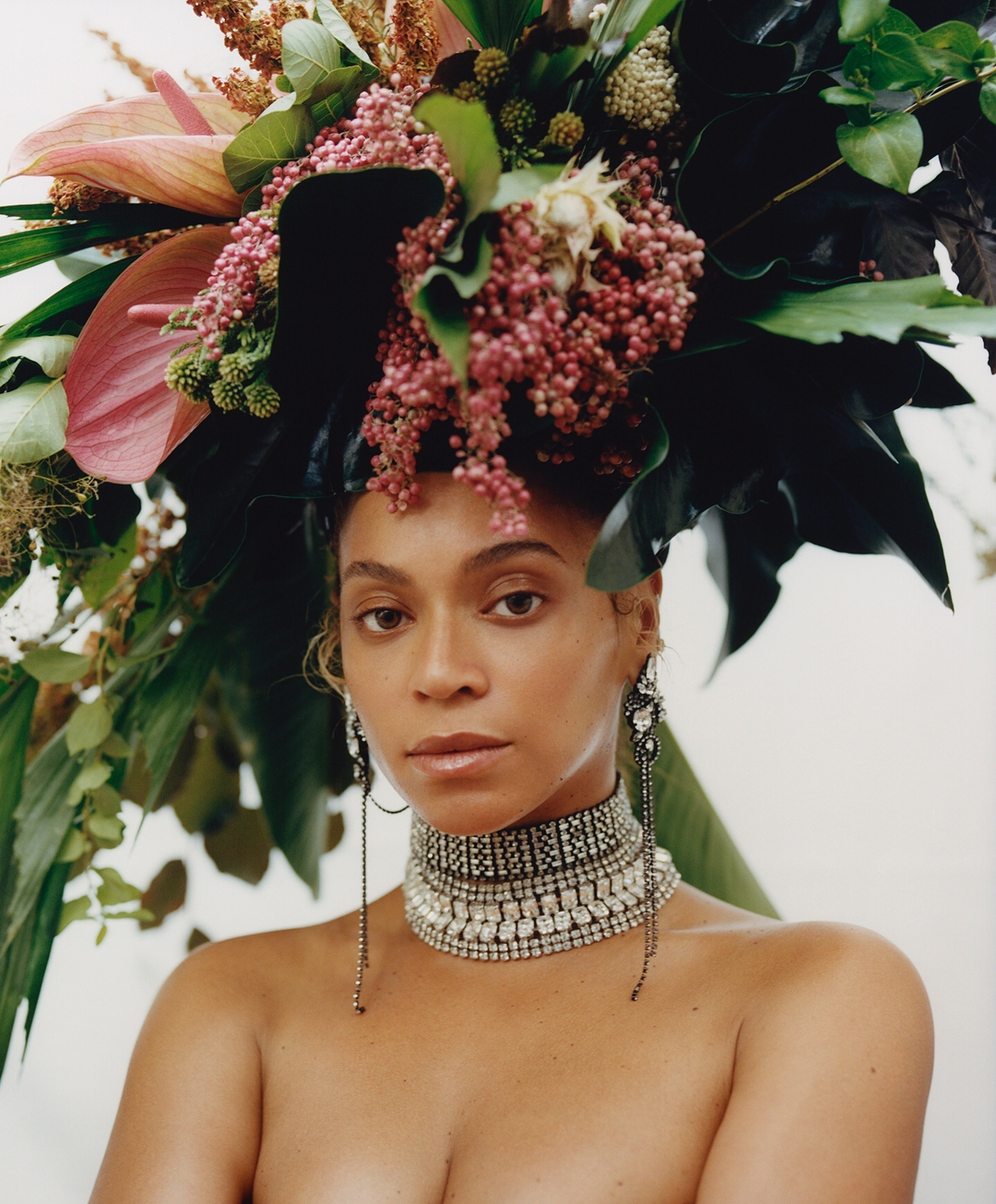 Beyoncé also revealed that she wanted Tyler Mitchell to do the shoot as this would add perspectives coming from different ethnicities behind the lens.

“It’s important to me that I help open doors for younger artists. There are so many cultural and societal barriers to entry that I like to do what I can to level the playing field, to present a different point of view for people who may feel like their voices don’t matter.

Imagine if someone hadn’t given a chance to the brilliant women who came before me: Josephine Baker, Nina Simone, Eartha Kitt, Aretha Franklin, Tina Turner, Diana Ross, Whitney Houston, and the list goes on. They opened the doors for me, and I pray that I’m doing all I can to open doors for the next generation of talents.

If people in powerful positions continue to hire and cast only people who look like them, sound like them, come from the same neighbourhoods they grew up in, they will never have a greater understanding of experiences different from their own. They will hire the same models, curate the same art, cast the same actors over and over again, and we will all lose. The beauty of social media is it’s completely democratic. Everyone has a say. Everyone’s voice counts, and everyone has a chance to paint the world from their own perspective.” 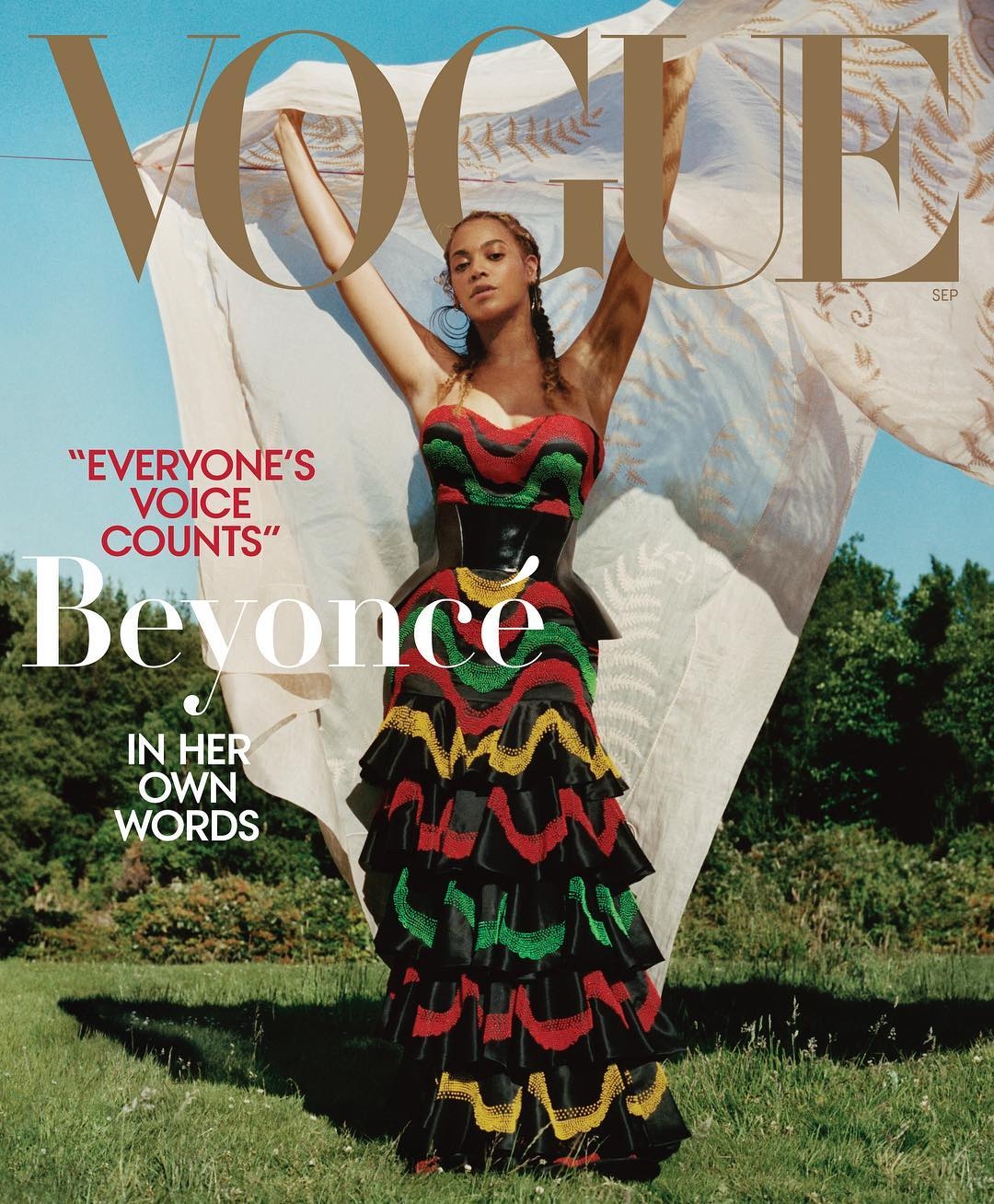 She also went ahead to disclose that disappointments and betrayals have helped her grow over the course of time. One would think Beyoncé always prefered structure but she disputed that as she loves to be free. 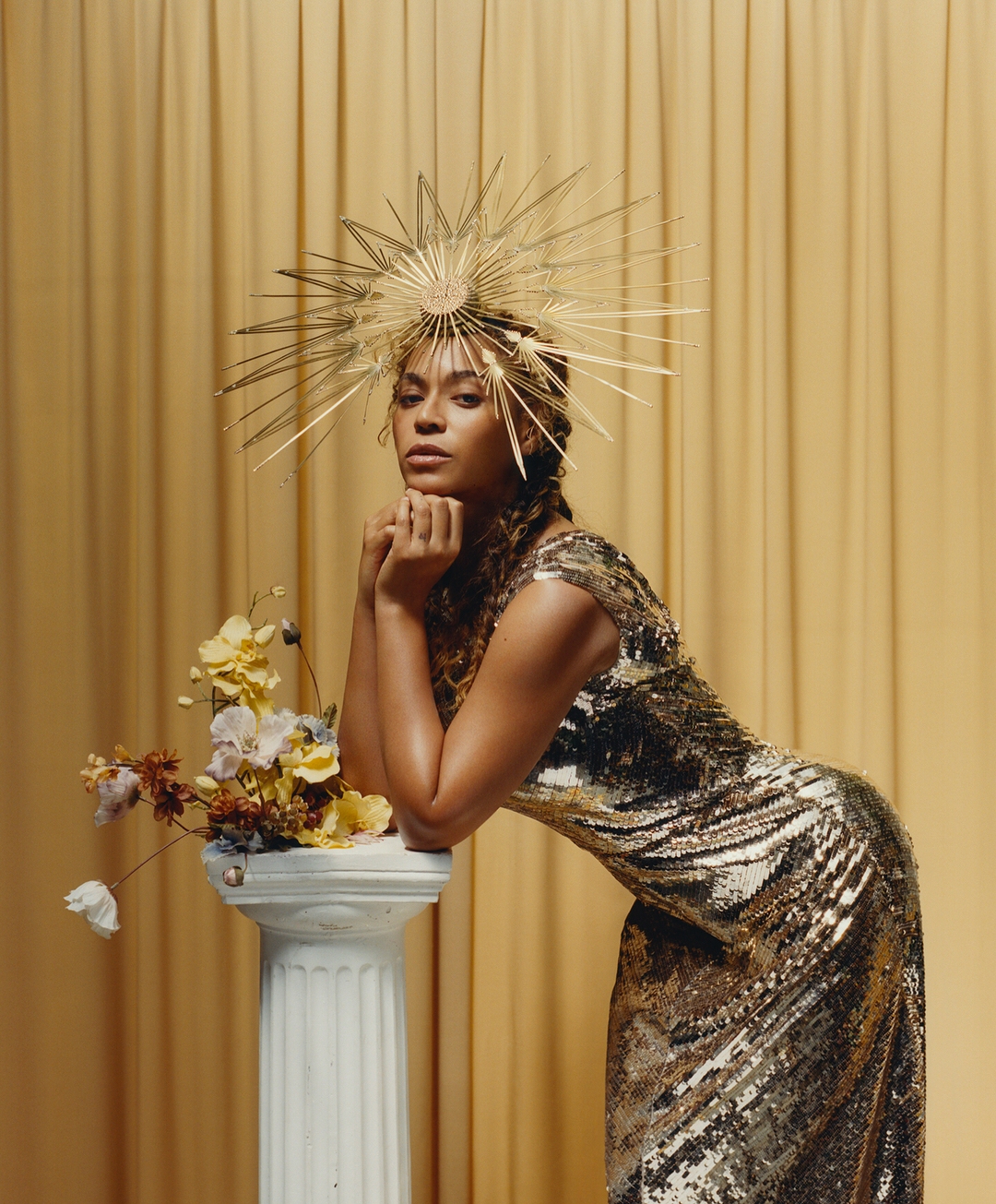 She concluded by revealing that she would be leaving a legacy for her children as she wants them to grow up being authentic, true to themselves while being respectful, compassionate and empathetic.

“My mother taught me the importance not just of being seen but of seeing myself. As the mother of two girls, it’s important to me that they see themselves too—in books, films, and on runways. It’s important to me that they see themselves as CEOs, as bosses, and that they know they can write the script for their own lives—that they can speak their minds and they have no ceiling. They don’t have to be a certain type or fit into a specific category. They don’t have to be politically correct, as long as they’re authentic, respectful, compassionate and empathetic. They can explore any religion, fall in love with any race, and love who they want to love.

I want the same things for my son. I want him to know that he can be strong and brave but that he can also be sensitive and kind. I want my son to have a high emotional IQ where he is free to be caring, truthful, and honest. It’s everything a woman wants in a man, and yet we don’t teach it to our boys.

I hope to teach my son not to fall victim to what the internet says he should be or how he should love. I want to create better representations for him so he is allowed to reach his full potential as a man, and to teach him that the real magic he possesses in the world is the power to affirm his own existence.

I’m in a place of gratitude right now.

I am accepting of who I am. I will continue to explore every inch of my soul and every part of my artistry.

I want to learn more, teach more, and live in full.

I’ve worked long and hard to be able to get to a place where I can choose to surround myself with what fulfills and inspires me.”

Check out other stunning images from the cover shoot… 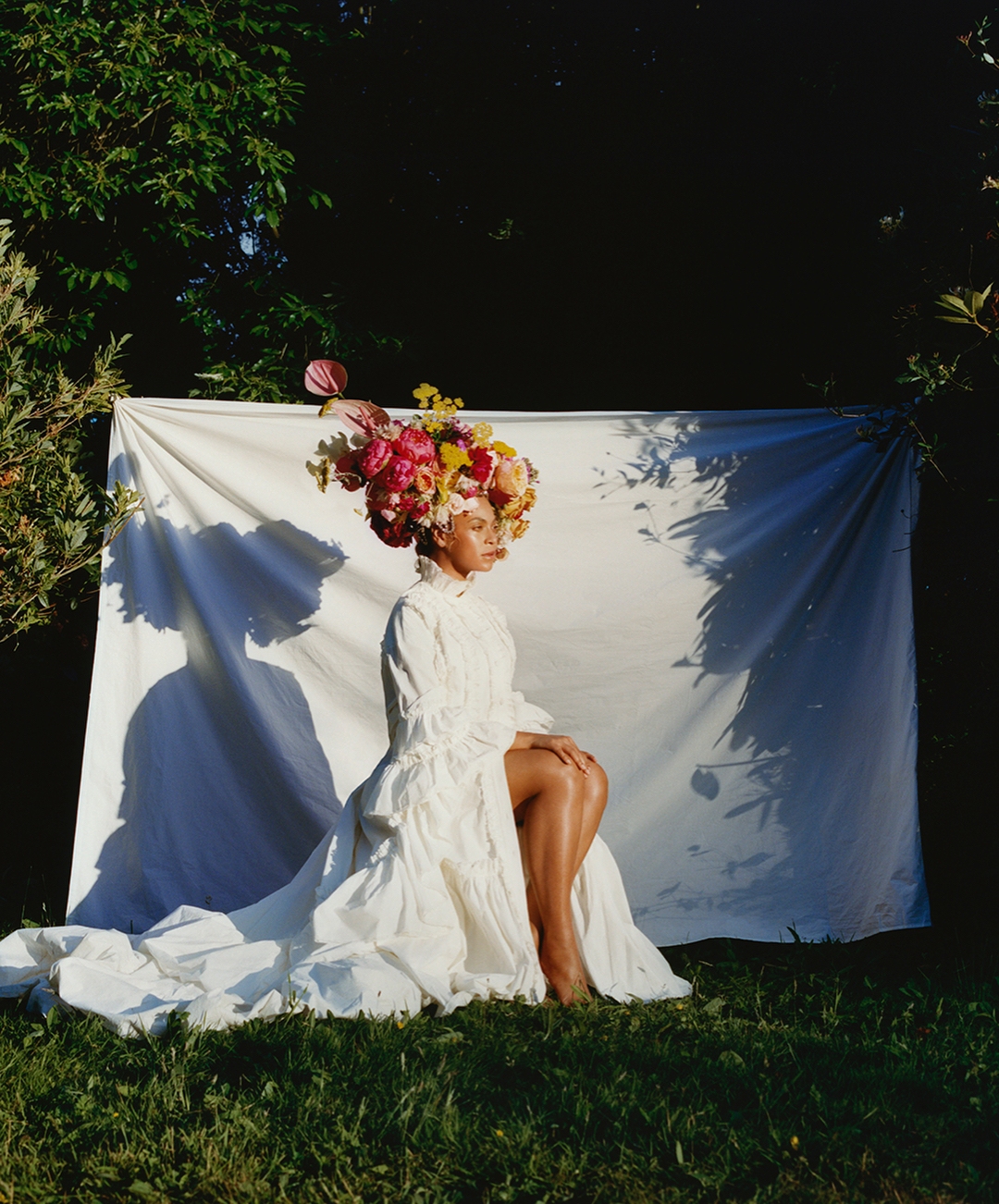 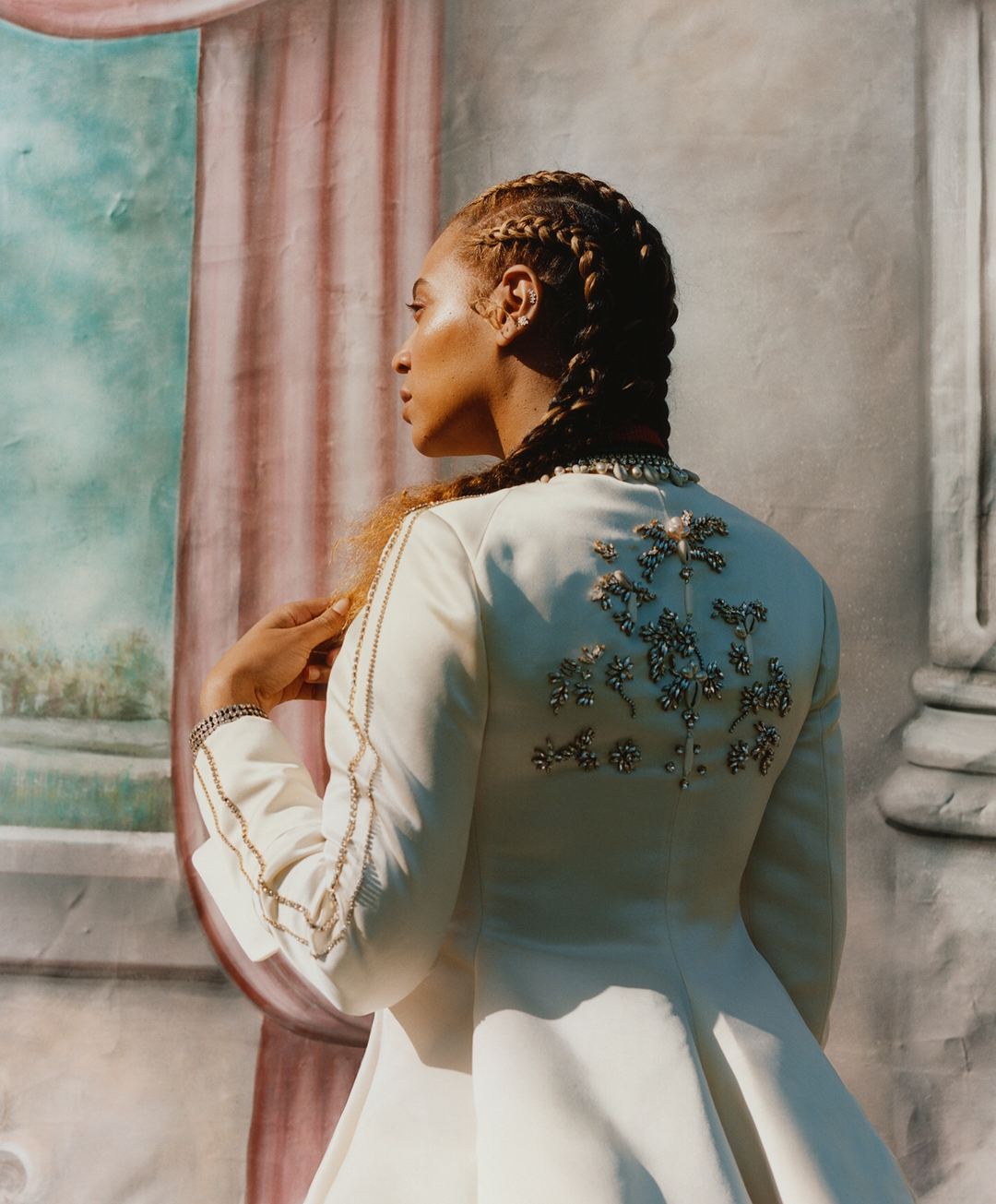 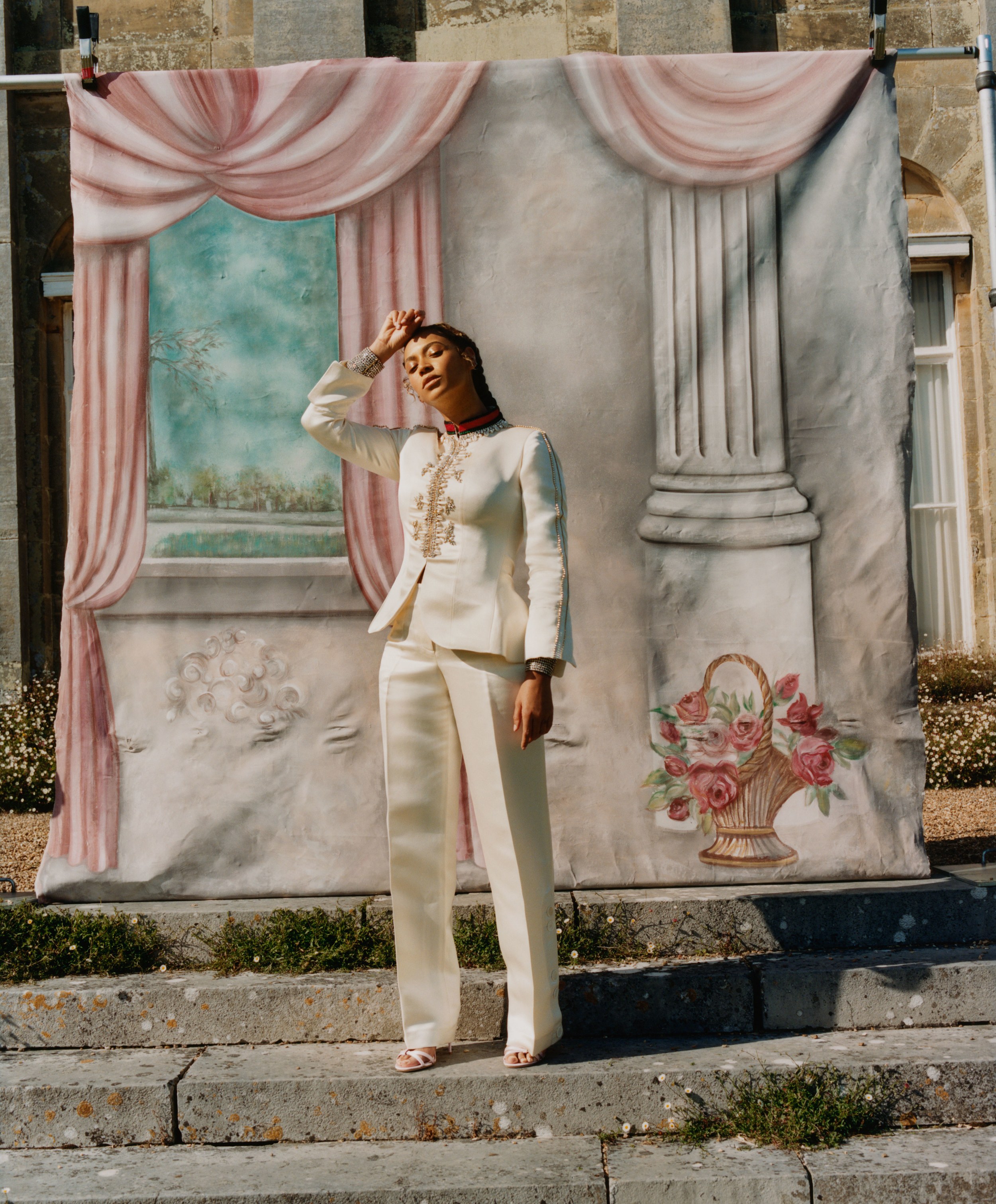 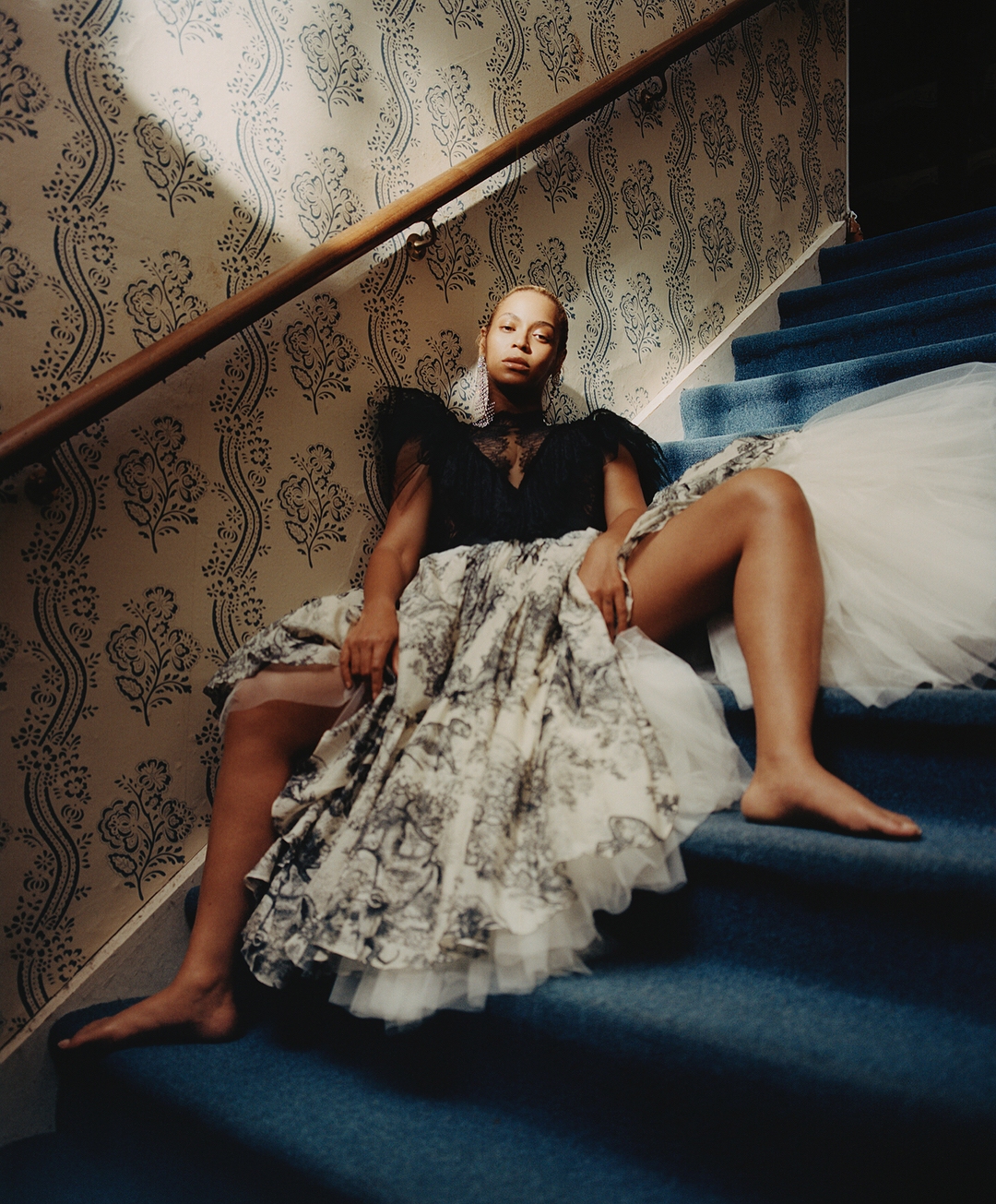 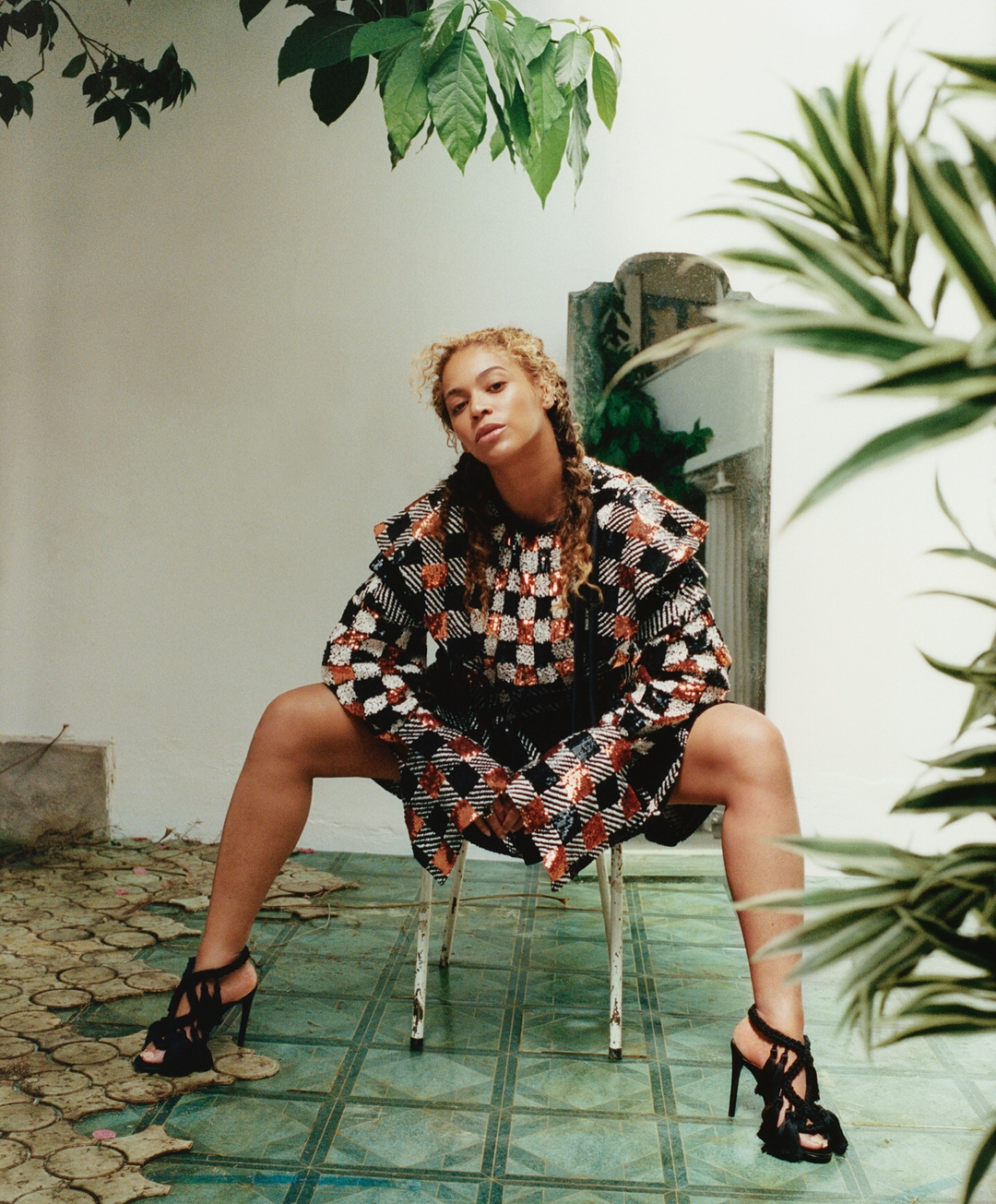 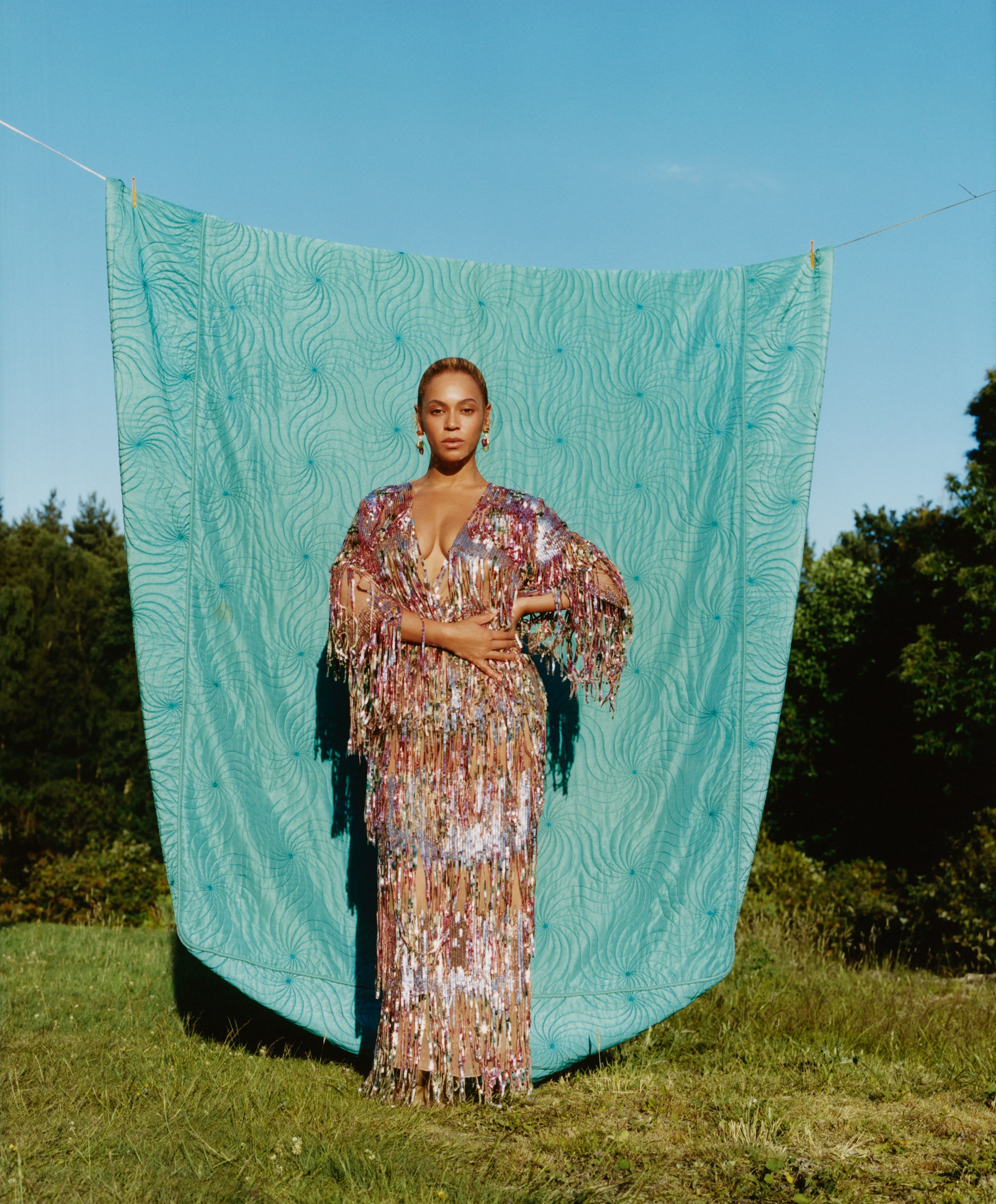