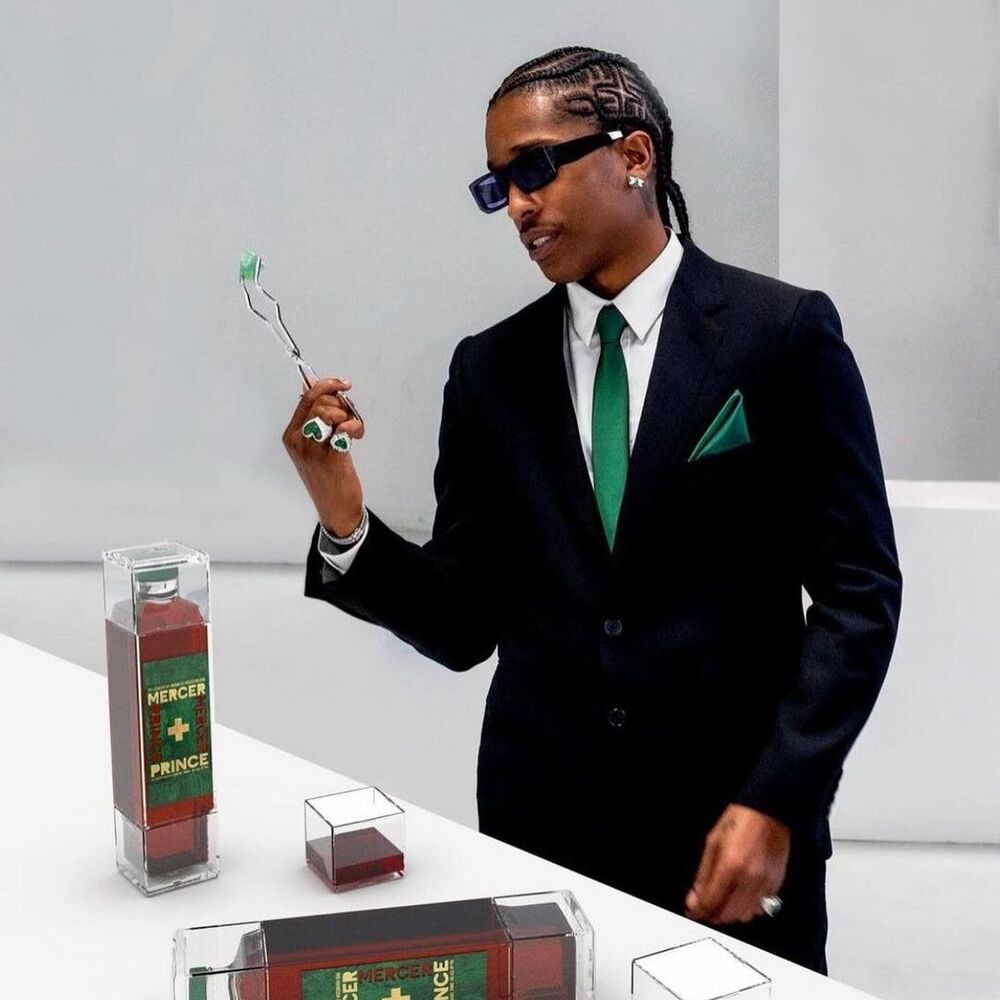 A$AP Rocky launches whiskey brand, sells out in minutes, Funke Akindele’s husband, JJC skillz accused of physical assault, Thompson-Herah breaks record. Stay in the know with our Rave News Digest which summarizes five of the hottest global news you need to catch up on, saving you time and energy. Consider it your daily news fix.

A$AP Rocky has expanded his empire by launching a Whiskey brand. As we know, plenty of artists have expanded into the already crowded market, but as for Rocky, the stylish bottle was designed by the rapper himself. “I’m so excited and grateful to finally introduce Mercer + Prince to the world,” says Rocky, in a press release. “I have been learning about whiskey from all over the world for the past decade and wanted to defy the rules to create something unique, while honoring and respecting industry traditions.”

The multi-hyphenated artist launched Mercer + Prince, co-developed with Global Brand Equities and E. & J. Gallo, which sold out in minutes but has now been restocked at ReserveBar.com before hitting store shelves later this summer. Priced at $32, the latest batch of Mercer + Prince is expected to go as quickly as the first, so be sure to grab a bottle now.

Rapper JJC Skillz's Ex Accuses Him Of Assaulting Their Son

Nollywood actress Funke Akindele’s husband JJC Skillz has been accused of physically assaulting one of his sons. According to his ex, Mella, in a post shared via her Instagram page on Friday, April 15, he assaulted his son and inflicted grievous bodily harm. “While you parade yourself on social media pretending with fake piety to be the main character in an aspirational story, the son that you assaulted and inflicted grievous bodily harm upon is still recovering from his physical injuries and mental trauma,” she wrote “Fathers take their sons to a hospital, they don’t put them there Abdul Bello aka JJC Skillz. You can try to fake it on social media, but we will not let the truth be forgotten.”

Mella’s latest post came 24 hours after she exposed the photos of JJC and Akindele’s kids on social media after years of the couple keeping their faces hidden. According to her, it was done in retaliation for JJC exposing her family. It also comes a few days after his son, Benito called the actress out for being a “terrible stepmom.”

3. South Africa: Cassper Nyovest still baying for AKA and Prince Kaybee for a boxing match

Naak said he would fight me again & I accepted it too. We have to do it. The first fight was solo entertaining. It's also an easier fight to put together. The fight that I really want is still Aka or Prince Kaybee and they will run forever so might as well do the rematch so long. https://t.co/reZFlNKBK0

Taking to Twitter, Cassper Nyovest said he wanted to get into the ring with the two musos and the pending rematch with Naakmusiq was a consolation. “Naak said he would fight me again & I accepted. We have to do it. The first fight was solo entertaining. It’s also an easier fight to put together. The fight that I really want is AKA or Prince Kaybee and they will run forever, so might as well do the rematch so long.” A$AP Rocky Whiskey Brand

Things have been sour between Prince Kaybee and Cassper with the two exchanging insults. The rapper, in their last exchange, reacted to Prince Kaybee who took a dig at his genitals on Instagram. Cassper said the DJ could talk a lot about him but failed to accept his challenge to a boxing match. On Twitter, a user asked the rapper if he was still keen to battle it out in the ring with his arch-rival AKA. “The top two fights I really want is AKA and Princess Kaybee … I would love both of them this year.”

4. COVID-19 rates plummet across African countries to the lowest levels

The WHO warned, however, that with winter approaching for Southern Hemisphere countries, "there is a high risk of another wave of new infections." https://t.co/3sz7uLxWWH

The World Health Organization has released new data showing that countries across the African continent have decreased their COVID-19 rates to the lowest levels since the earliest time of the pandemic in 2020. The WHO says that there is still a chance of a surge in the coming months for the Southern Hemisphere as the winter season approaches. Evidence has shown COVID-19 spreads more easily in cooler temperatures because people gather indoors.

Dr. Matshidiso Moeti, Regional Director of the WHO’s Africa office, told the press, “With the virus still circulating, the risk of new and potentially more deadly variants emerging remains. The pandemic control measures are pivotal to effective response to a surge in infections.” While the rates of overall cases of COVID-19 have fallen, the rate of vaccination remains lower than officials would like across the continent.

Five-time Olympic champion Elaine Thompson-Herah clocked the fastest women’s 100m in the world this year at the Golden Games in California. Jamaica’s Thompson-Herah won her semi-final in 10.89 seconds in what was her first outdoor 100m of the season. She then opted out of the final, which was won by American Twanisha Terry in a wind-aided 10.77 secs. Gabby Thomas, third in the 100m, set the fastest time of the season over 200m – her preferred distance. A$AP Rocky Whiskey Brand

Thomas, an Olympic bronze medalist in the event, won in 22.02 secs while fellow American Fred Kerley won the men’s equivalent in 19.80 secs. World 100m champion Christian Coleman, who is returning to the competition this season after serving an 18-month ban for missing three drug tests, was announced at the start of the 200m but did not run.