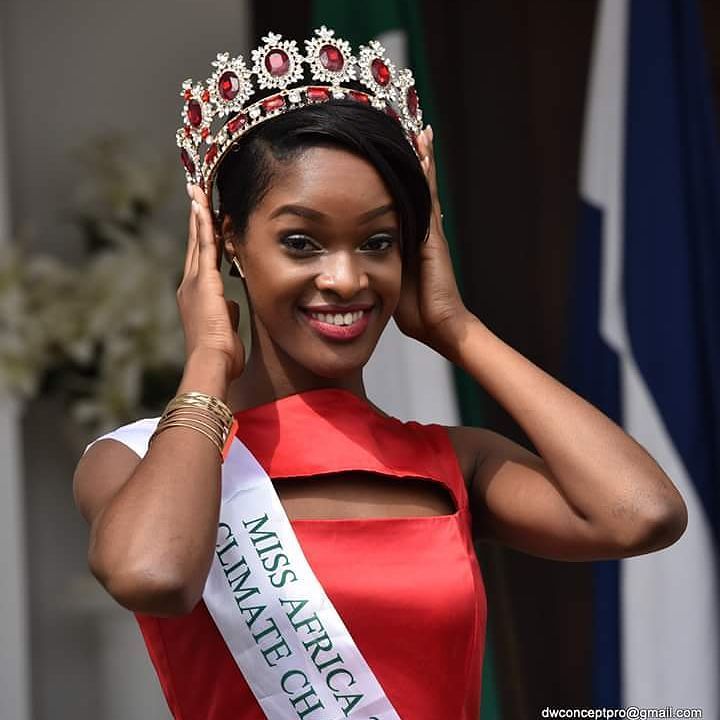 Victoria Secret Angels Take Flight! Their ‘Grams Tell It All

The governor welcomed guests to Cross River State as he introduced The Miss Africa Pageant. He said, the pageant which was founded by him, centers on the issue of climate change, hence the queen would also be christened ‘Miss Climate Change’. He also concurs with the rising need for Africa to set the pace for the world, which is one of his reasons for initiating the pageant.

I look forward to when Africa will change the world, so today we bring Africa to the focus.

… To know how to generate power through solar energy, and like innovations.

He went on to say that Cross River was endowed with useful resources such as 48% of Africa’s rain forest, to be harnessed for the issues of Climate Change.

The 18 contestants representing different African countries including Zimbabwe, South Africa, Cameroon, Swaziland, Angola, Namibia, Tanzania and Nigeria, wowed the audience in a colorful cultural presentation and showcase of their rich and interesting cultures. They also outlined their goals as ‘Ambassadors of Climate Change and Africa’.

Deciding the winner of the pageant was no easy feat, as most of the girls brought their A-game to the competition. Aspects of the pageant that formed the basis for judging were cultural presentation/self-introduction, swimwear/appearance, and evening wear/Q&A session. The Top Five contestants were announced as Miss Namibia, Miss Angola, Miss South Africa, Miss Tanzania, and Miss Cameroon.

It was Angolan Neurite Mendes who won the heart of the judges and audience (I saw it) in many aspects of the competition especially in her intelligent delivery while responding to the question she was asked. “I can only be a voice, but with all of us, we can make a change.” She responded. And with that, Neurite Mendes becomes the first Miss Africa- Climate Change, bagging a brand new SUV, 25,000 USD, and other prizes.

See more photos of the new Miss Africa below.

Victoria Secret Angels Take Flight! Their ‘Grams Tell It All

A Take On Social Justice: See Caroline Danjuma, Sound Sultan, Timi Dakolo At The Exclusive Screening Of ‘The Hate U Give’

Nollywood Film, Tatu, Wins Big At The 2018 AMVCAs: See All The Nominees And Winners!