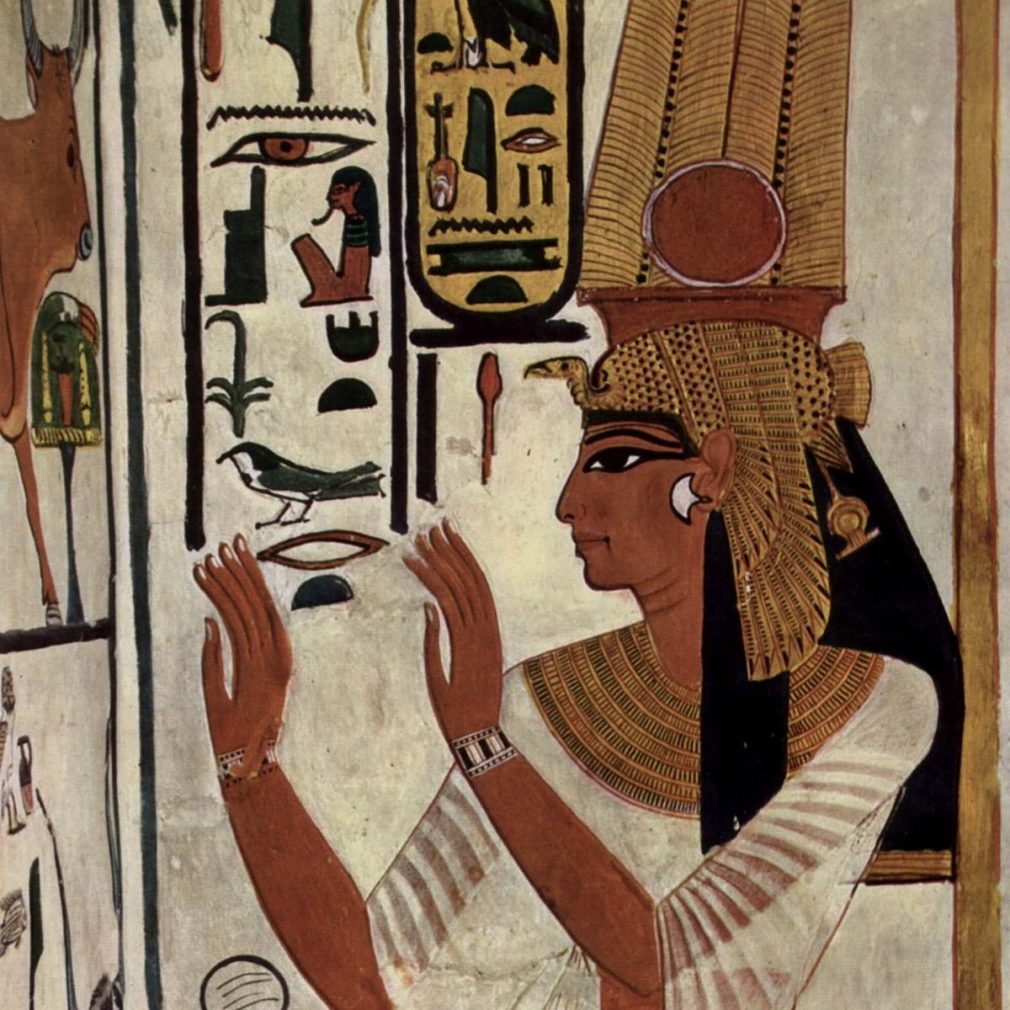 From the beginning of time, women have held positions of authority all over the world and Africa is no exception. Through the course of time, there have been African Queens who directed the entire trajectory of Nations and Kingdoms and made the difference between a Kingdom standing or falling.

In honor of their undeniable accomplishments and role in writing history, we have decided to bring their stories to you. These are tales of strength, determination, commitment, girl power, and ability. We see them unapologetically use their wisdom to win wars–both on the battle field and in diplomacy. Each African Queen on this list fought to to lay claim on thrones, expand their kingdoms, and win at life despite all odds. We hope their stories inspire you.

Here are 10 unforgettable African Queens who are undeniably inspiring…

Nefertiti, or Nefertra, was the wife of Amenhotop, the fourth Pharaoh of Egypt. She was born sometime in 1370 BC and may have died around 1330 BC. Her husband, who later changed his name to Akhenaten, was responsible for the change of the worship system in Egypt from polytheistic to monotheistic. Nefertiti was most famous for her growth and expansion of the Egyptian empire, which saw the construction of a new city in between Thebes and Memphis named Amarna.

Amina was born in the year 1533 in Zaria, a province of today’s Nigeria. From a young age, the natural-born leader chose to hone her military skills among the warriors of Zazzau which earned her a title as the leader of Zazzau Cavalry. Her brother Karama was king who died after a ten-year rule. Although traditionally expected to be succeeded by a male, Amina was named Queen instead as she was respected by the military for her bravery and accomplishments. For the rest of her thirty-year reign, her kingdom expanded and grew in wealth as she made Zazzau a hub of trade in not just the North but in West Africa.

Queen Moremi is another Nigerian Queen to make this list. She was the wife of Oranmiyan, the king of Ile-Ife. Moremi was most prominent for her defeat of the raiders who continually attacked the people of Ile-Ife wrecking havoc. She accomplished this feat by allowing herself to be captured by the raiders and consequently discovered that they were indeed people and not spirits as her citizens erroneously believed. In the course of time, one of her captors fell in love with her and took her for his wife. There she lived for sometime before escaping. Moremi went on to tell her husband and people all she had learnt about their enemies. This information proved useful and was used to finally defeat the raiders.

Cleopatra had Macedonian and Greek origins. Like many royal children of that time, she was the product of incest and even married her two brothers. However, Cleopatra was pushed out of Egypt by her younger brother for trying to take over the throne. As a result of this, she teamed up with Julius Caesar of the Roman Empire and crushed her brother in battle. This led to him (her brother) committing suicide in the Nile. Afterwards, she was crowned Queen and led Egypt into a season of immense prosperity, diplomatic relationship, and rapid advancement.

During her reign, Egypt remained a world power and was never brought under control of Rome as it was with other nations and empires. This African Queen was also known for her beauty, but her greatest asset was her intellect which historians say was on par with several Egyptian scholars.

For this African Queen, most of her life story was mysterious. She is widely regarded as the Queen of Sheba – which is in present day Yemen, but was under the kingdom of Aksum which is present day Ethiopia. The stories have undergone several narrations from Christian, Islamic, Jewish, and Yoruba perspective, however, the most common is the Christian and Jewish narrative. The Christian and Jewish narrative tells how she visited Solomon after hearing about his wisdom and decided to see for herself. The Jewish narrative goes on to talk about how she had a child for King Solomon after being summoned by him.

Queen Nandi Bhebhe was born in Melmoth, a small town in present day south Africa. Her father was Bhebhe, a chief from Elangeni. The story goes that Nandi was impregnated out of wedlock and gave birth to one of the most influential leaders and military tacticians of the Zulu Kingdoms, Shaka Zulu. Nandi went over and beyond to protect her child from numerous assassinations and famines which bore witness to her wit, resourcefulness, and strength. Regardless of the shame and mistreatment she experienced, Nandi fought on and raised one of the fiercest warriors of the African continent. She was also the cherished advisor to her son, Shaka Zulu in matters of politics, war, and leadership.

The wife of Ramesses II, a Pharaoh in Egypt, Nefertari was known to be knowledgeable in diplomacy and highly educated. Historians believe she could read and write in hieroglyphs, a very rare skill at the time. This skill served her in her diplomatic work as she corresponded with other prominent royals of that time. Nefertari had a temple constructed in her honor at Abu Simbel, and when she died, the largest tomb was created for her in the Valley of the Queens.

Hatshepsut was the daughter of Thutmose I. She is the second historically confirmed female Pharaoh, the first being Sobekneferu, and is widely considered the most successful female Pharaoh. Known to have a comprehensive understanding of religion, her bloodline aided her greatly to reach for the throne, however, she didn’t stop there. She reestablished the trade networks that had been disrupted by Hyksos occupation of Egypt during the second intermediate period and was responsible for many buildings in upper and lower Egypt in which she employed the great architect Ineni.

A leader of the Dahomey Amazons, a warrior tribe in the Kingdom of Dahomey – now known as Republic of Benin– her name means ‘God speaks too true’. Queen Seh Dong Hong Beh is known for leading an all-female army of 6,000 warriors against the Egba people of Abeokuta in Nigeria. After destroying their fortress in Abeokuta, she freed the slaves of the Egba people, especially those used in the Dahomey slave trade.

10. Orompotoniyun, The Alaafin Of Oyo

Orompotoniyun was the daughter of the first Alaafin, Ofinran. When her father died, her brother Eguguoju succeeded their father. He died young without a male successor and her siblings were too young to take over, and so she took over the throne. History has it that in seven days she was able to prove to the King Makers that she was male by changing her sex, and is thus one of the first recorded transgender cases in history. She was known to be extremely skilled in horse riding and developed a cavalry that chased out the Nupe people who were conducting raids in Oyo.