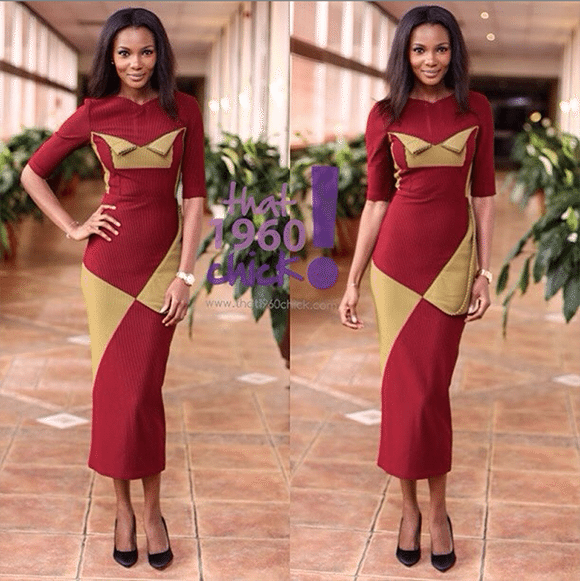 A fashion enthusiast with a versatile personality who lights up…

Class, class and more class! is all that comes to mind each time the name of Former Miss World, Agbani Darego is mentioned. Agbani became the world’s sweetheart when she won the crown as Miss World 2001. Since then, she’s gone on to bag many more titles and has modeled for top international brands like L’oreal, Avon, Christian Dior, Sephora, Target and Macy’s.

She has also appeared in international magazines like Marie Claire, Allure, Trace, Cosmopolitan and Essence and has graced the covers of Complete Fashion, Genevieve, Mania, This Day Style, True Love and TW. Agbani who has worked with numerous international designers including Oscar de la Renta, Marc Bouwer, Tommy Hillfiger, Ralph Lauren and Gianfranco Ferre has also appeared in advertising campaigns for Gentle touch hair product and was once the face of Arik Air which was allegedly recently taken over by the Nigerian government.

With a personal style that merges in right proportions of class (which we can’t seem to get enough of), simplicity, elegance, a hint of sex appeal, and a love for made-in-Nigeria outfits, the ex-beauty queen also boasts of a denim clothing line called ‘AD by Agbani Darego’ which includes jeans, dresses, sunglasses and bags.

From her minimal accessories to her simple hairstyles and nude make-up, Agbani Darego is always an epitome of sophistication and elegance and a true beauty to behold on and off the red carpets.

Check out some of her most fabulous  style moments.

A fashion enthusiast with a versatile personality who lights up at the sight of fabrics. At Style Rave, we aim to inspire our readers by providing engaging content to not just entertain but to inform and empower you as you ASPIRE to become more stylish, live smarter and be healthier. Follow us on Instagram! @StyleRave_ ♥

Majestic! Take a Peek at ‘Athena’ By Saiid Kobeisy – The SS17 Collection