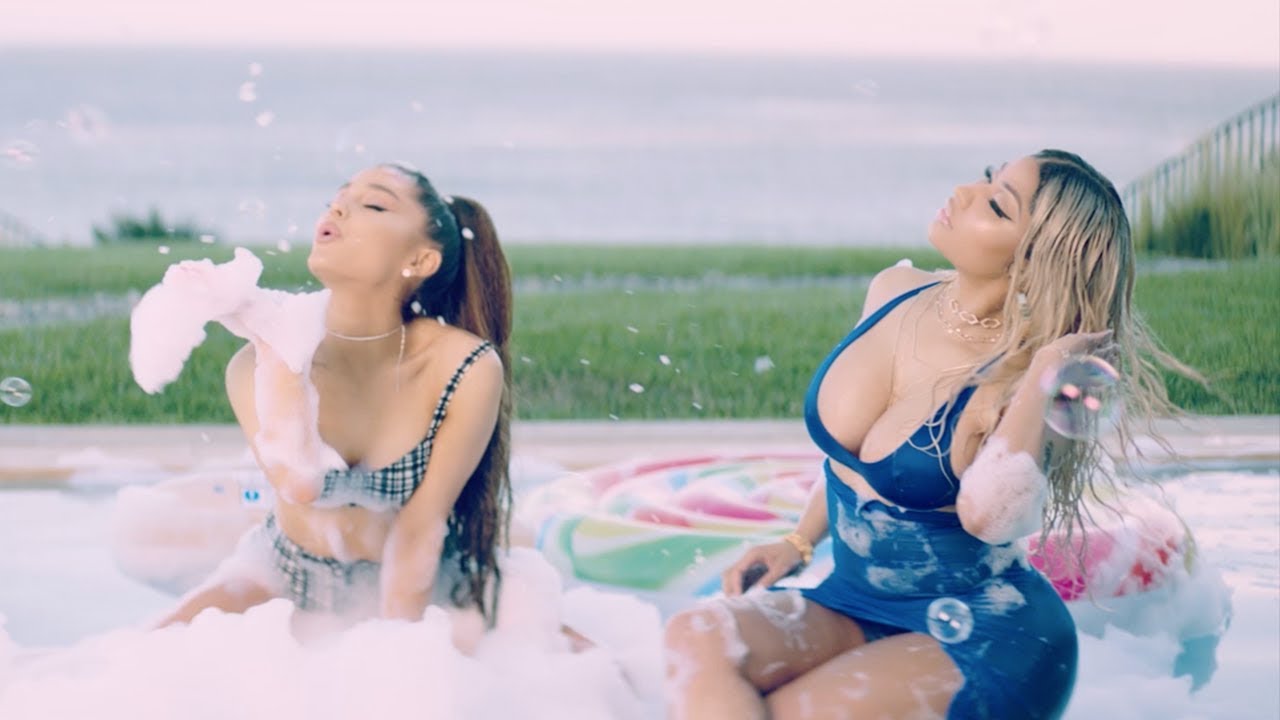 Everyone loves classics. Those songs our parents listened to and we grew up listening to will always have a sentimental place in our hearts but few things compare to the joy of listening to a newly released song from your favourite artiste. This year has been a good one for the global music industry and June has been particularly great for American music and we’ve curated 5 American songs released in June you should totally catch up on.

From Beyoncé and Jay Z’s joint album release to Ariana Grande and Nicki Minaj releasing singles and collaborations which are meant to tease us while we await their album releases later this year, there was enough music to consume from some of the best artists in the game. So, if you missed these great releases don’t fret because we have curated five of our favourite American songs from the month of June to help you catch up in style.

Scroll down to enjoy the 5 American songs!

The featured track on The Carters’ album Everything Is Love is already turning into a 2018 summer anthem. The fast-paced rap, the beats and so much more makes this track sonically pleasing and then when we zone in on the visuals of the video we are simply mind blown at how well put together this song is. We know certainly that this song will be eligible for an award very soon.

Nicki Minaj and Ariana Grande definitely sound great together (a simple listen to Bang Bang and Side To Side will prove this fact) and with new albums planned for later this year (Sweetener for Ariana Grande and Queen for Nicki Minaj) and both of them being supportive great friends, it wasn’t quite a surprise when they announced their collaboration for two singles, The Light Is Coming and Bed. But Bed is an easy favourite; the easy sultriness that comes naturally to both Ariana and Nicki helped make this a sexual song without making it too raunchy and with it being so catchy, it is easily a fans favourite.

Sober is the most honest song I’ve heard in a long while as Demi bared her soul and shared her story in a way that makes us appreciate her honesty and find it comforting. Demi has been a mental health activist and has shared her story with her fans and the world so with this context most of us who have loved and followed her through this journey definitely appreciate Sober even more.

Ariana Grande has definitely had a great year as she has successfully released singles like No Tears Left To Cry, Bed and The Light Is Coming and with an album coming up, this pop princess seems to not know the stop button and we sure don’t want her knowing it! Her latest collaboration with singer Troye Sivan, Dance To This, is an easy listen that doesn’t provoke emotions but is still more than just an everyday pop song.

Drake releasing a new album wouldn’t have been a surprising thing but with his diss track exchange with Pusha T earlier on, and the fact that this album has 25 songs makes it a huge deal. However, the high number of tracks on this is not the only shocking thing, Drake is also featuring two music legends – Jay Z and the late King of Pop Micheal Jackson on this new album. With such a packed album it is no surprise that just within hours the songs are already on a rise high on the charts.