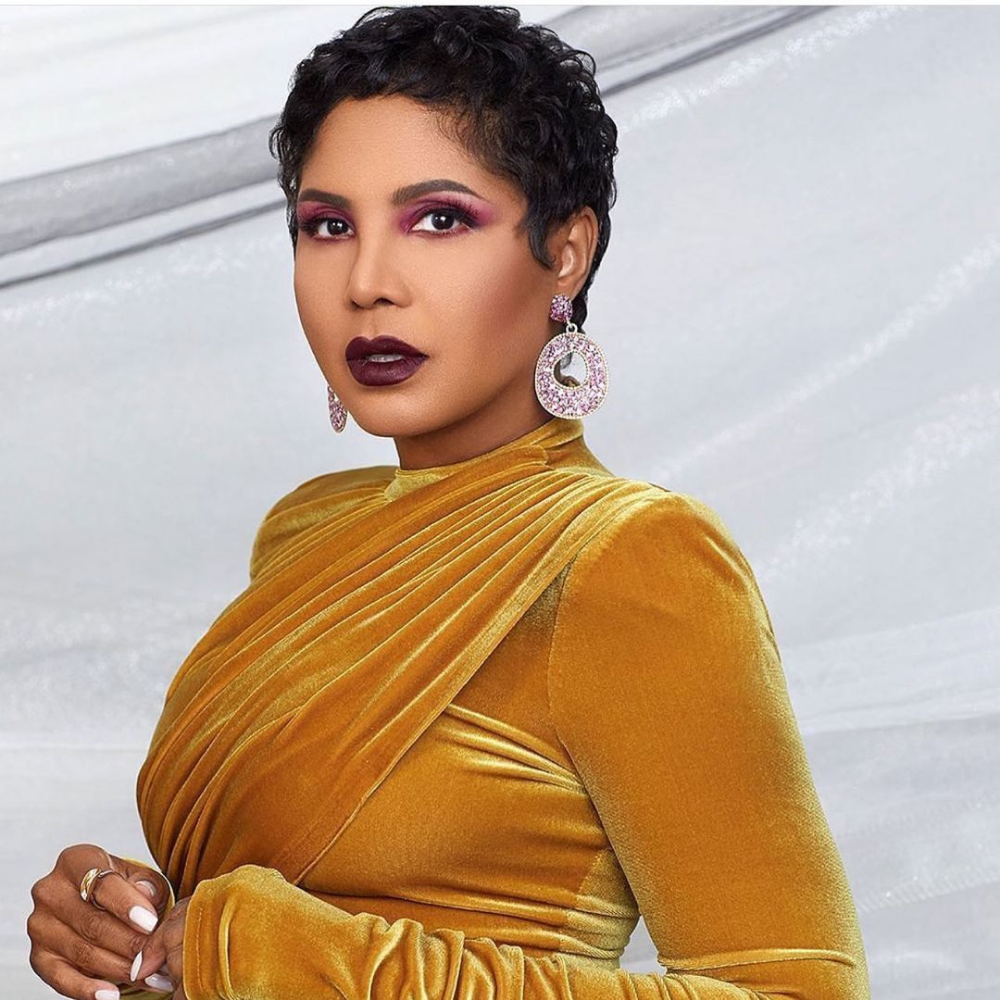 The cover which was shot by John Jay Davison, had Toni Braxton styled by Danielle Hawkins, with makeup and hair by Eva Kim and Marie Brown, respectively. In the cover, she posed in an Aje rebellion frill midi dress with shimmering beaded details, a frilled collar, and cuffs. Toni Braxton Spell My Name. 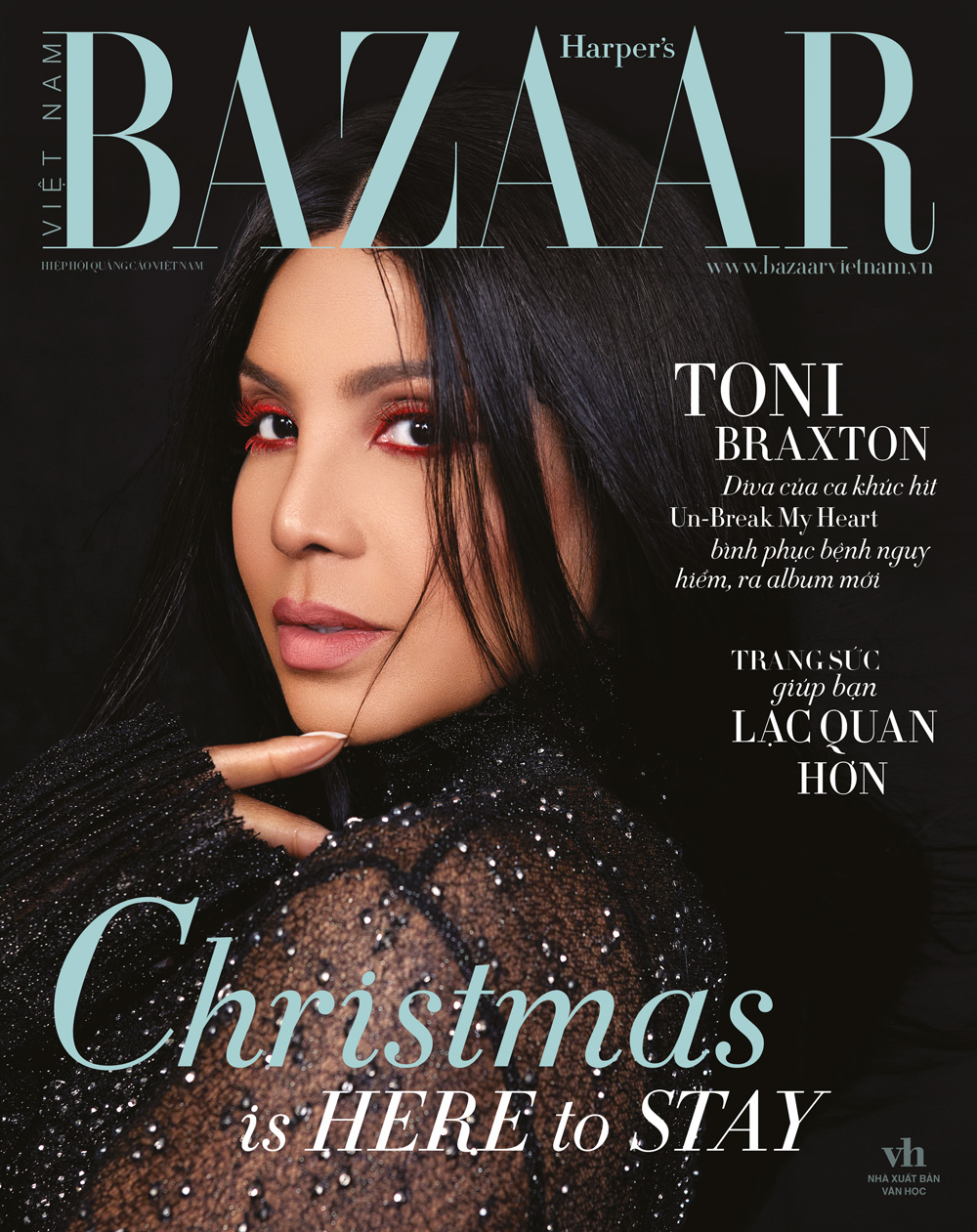 This was not the only look she showcased as she also showcased her gorgeousness in an embellished golden leotard and white tulle cape designed by Tuyet Le, struck a pose in a billowy pink creation from Lebanese designer Georges Hobeika with earring by Yves Kamioner. The singer was also seen in a Michael Costello strapless floral jumpsuit and another look featuring a gold velvet fabric with ruched detail.

For a while, Toni Braxton disappeared from the entertainment industry until early 2020, when she reappeared on the stage of the AMA awards ceremony, with the legendary song Un-Break My Heart. Just like her enchanting voice, Toni Braxton looks even younger than she did in the 90s thanks to her short hair. Toni Braxton Spell My Name.

#1. Her career seemed to end because of her illness

In 2008, when she discovered she had scarlet fever, Toni Braxton stood at a crossroads: she had to stop singing! The doctor informed her that she needed to have a heart transplant surgery. That meant she may never have been able to perform again. “Hearing the doctor’s announcement, I was petrified,” recalls diva. “I’m scared! At that time I did not know what lupus is!”

Fortunately, a few days later, the doctor announced that she did not need heart transplant surgery. But the long-running international diva’s fight with scarlet fever officially began there. Toni Braxton Harper’s Bazaar.

With Lupus syndrome, Toni Braxton experienced angina in the chest and blood clots. But the illness did not stop the diva vocalist, as she continued to hold the mic and completed the As Long As I Live tour in 2019, while still fighting Lupus. “I have one of the most serious Lupus syndromes. But from the most serious things, I have the best. I always try to think positively.”

Positive and resilient in coping with disease, the Grammy-winning vocalist is back strong. Toni Braxton has just released the 10th studio album of her career in late August 2020. The album is titled Spell My Name.

#2. The resurrection of a diva

Working in the entertainment industry for nearly 30 years and still releasing new albums, Toni Braxton is not just a diva. She also makes people admire her persistence with the profession. “It was a wonderful feeling,” Toni said. “I feel very grateful for life. Music helps me connect with people. The best feeling is knowing that you have inspired many people. I love to perform, love to compose music. I love singing.”

Spell My Name was completed in 2020 when the world was quarantined because of COVID-19. Toni Braxton revealed what she does when she finishes recording a song. “I got in the car. Wear oversized sunglasses. Always wear 2-3 layers of mask. Put on a hoodie and gloves. Then I drive around while enjoying my song. This way, I can visualize how my song will be playing on the radio. Do people like it? Is there any place to adjust?”

In her singing career, Toni Braxton is famous globally for the song Un-Break My Heart. Last year, the song reached 500 million views on YouTube—a rare feat for a song from the 90s and a solid prove that the song has retained its charm through the decades.

Toni Braxton said: “The day I received the notification call from Youtube, I was shocked!” To her, Un-Break My Heart is the legacy of Toni Braxton to the world. The milestone of 500 million views is so surreal that she cannot accurately describe her feelings.

Life and career have many ups and downs that sometimes we forget about happiness. Just like Toni Braxton, be happy and satisfied with what you have. We have been much luckier than others.

.
Toni Braxton says she reminds herself of this fact every day, is grateful and happy with everything God gave her.