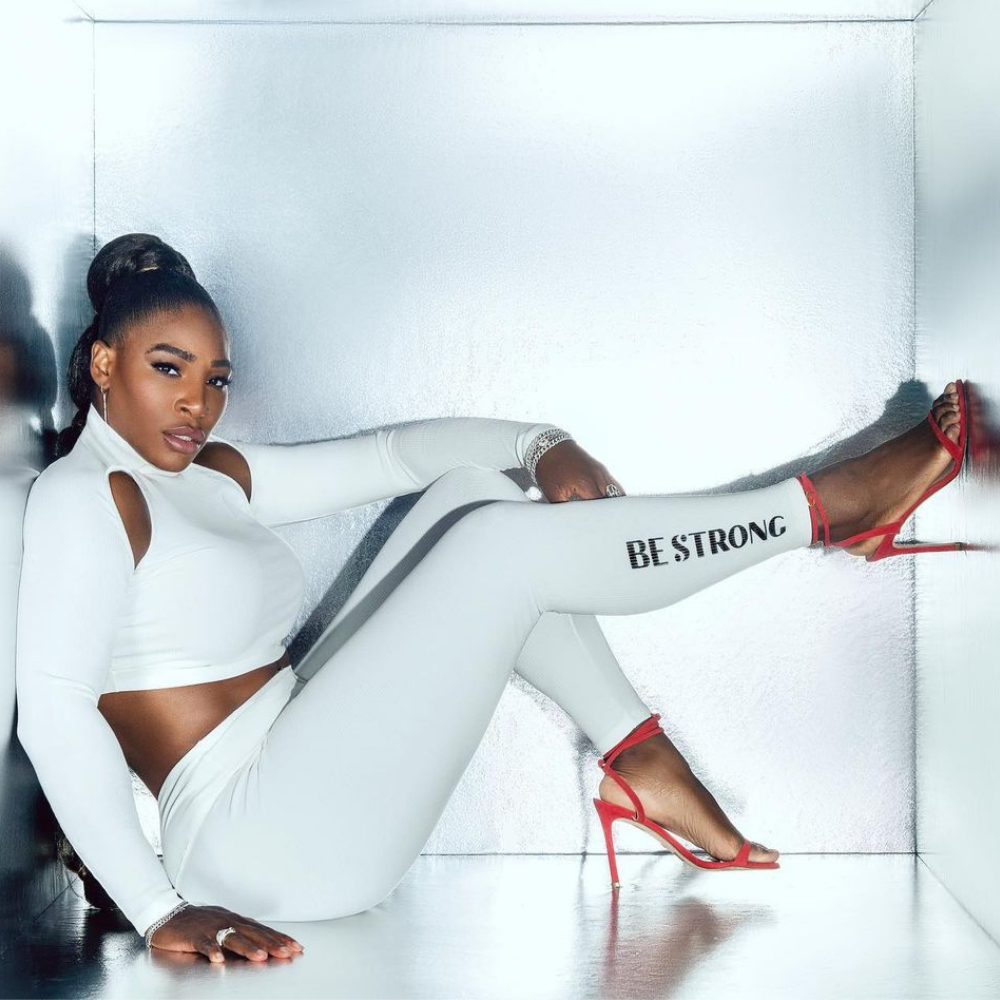 Serena Williams walks Off-White’s show at Paris Fashion Week, Morgan Freeman announces Davido’s show, Adidas severs ties with Russian teams. Stay in the know with our Rave News Digest which summarizes five of the hottest global news you need to catch up on, saving you time and energy. Consider it your daily news fix.

Among the renowned models walking for Off-White’s Paris Fashion Week fall/winter 2022 show on February 28, Serena Williams made a surprise appearance on the catwalk to pay tribute to the brand’s founder, Virgil Abloh. On the opening night of Paris Fashion Week, Off-White’s show honored the enduring legacy of Abloh, who truly left a lasting impact on the fashion industry with work with both Off-White and Louis Vuitton.

Williams wore a tight mesh dress layered over a tie-dye-print catsuit from the “Spaceship Earth” themed collection, the late designer’s last for the brand. Famous faces like Naomi Campbell, Kaia Gerber, Cindy Crawford, Kendall Jenner, and Gigi and Bella Hadid also joined Williams on the runway. Williams was the inspiration behind Abloh’s first collection for Nike, and the tennis pro often wore the designer’s pieces both on and off the court.

In anticipation of his concert at London’s O2 arena, Davido released a promo video with legendary American actor Morgan Freeman as the voice-over. Freeman says in his booming voice, “We rise by lifting others, this is part of his legacy. Everything he does is for this purpose. This music is a way of not just inspiring people but lifting them.”

This is very huge as Freeman has been the voice-over for corporations like Netflix and comedian Dave Chappelle. Davido is expected to pack the London O2 arena for his concert on the Saturday, March 5th 2022 and his fans were invited to stream his music live on UDUX.

Family, friends and industry colleagues of rapper Riky Rick said their final goodbyes on Tuesday at a private funeral ceremony in Johannesburg. The family of the rapper, whose real name was Rikhado Makhado, confirmed his death last Wednesday. In a statement, they asked for privacy and prayers. “The family of SA artist Riky Rick with profound sadness this afternoon confirmed his untimely passing. Son, husband, father, brother and uncle, Rikhado Makhado, 34, sadly passed away in the early hours of this morning (February 23) in Johannesburg.”

A memorial service for the hitmaker will follow on Friday March 4. The hip-hop fraternity has been hit the hardest with many rappers lauding Riky for his pioneering spirit, fashion, and street cred that opened doors for upcoming MCs.

Queen Elizabeth II is seen for the first time in a virtual meeting with global ambassadors since her recent death hoax. https://t.co/6KrigdOEeA

Nearly two weeks after testing positive for coronavirus—and being the victim of a viral death hoax—Queen Elizabeth II held not one but two virtual meeting with foreign ambassadors on March 1. Dressed in a bright green dress and a pearl necklace, Her Majesty spoke with Carles Jordana Madero, ambassador from Andorra, and Kedella Younous Hamidi, ambassador from Chad.

Just last week, the monarch had canceled her engagements, with a Buckingham Palace spokesperson explaining that she was “still experiencing mild cold like symptoms.” On Feb, 22, Hollywood Unlocked claimed the Queen had died at the age of 95. And though a senior royal source told the media she was very much alive, the website’s founder and CEO stood by his reporting. Ultimately, Hollywood Unlocked apologized.

Adidas, the world’s second largest sportswear manufacturer, and payments firms Visa and Mastercard are the latest multinational firms to take action in response to Russia’s invasion of Ukraine https://t.co/6TgEYmLMda

Sportswear company Adidas has become the latest major brand to suspend their relationship with Russia, after they cut ties with the Russian Football Union (RFS) amid the nation’s invasion of Ukraine. Moscow attacked their neighboring Eastern European nation last month, in a move that has sparked widespread condemnation and serious political, economic and sporting sanctions. Now, in the wake of several other major businesses splitting from their associations with the country, Adidas — a long-time partner of the RFS — has followed suit.

The continued list of sporting sanctions against Russia is only likely to grow amid the current crisis, with the country already suspended from international football following an initial outcry over their continued participation under a new identity. In addition, Russian teams have been barred from European competition, with Spartak Moscow effectively eliminated from the Europa League by the decision handed down by UEFA. Serena Williams Paris Fashion Week