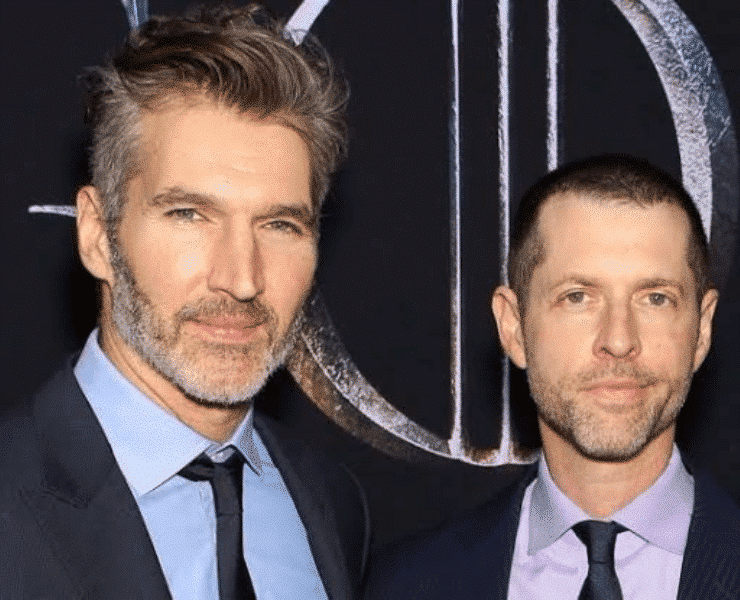 Game of Thrones directors David Benioff and DB Weiss popularly known as the D&D duo exit from Star Wars franchise, OPI regulation is in place for Nigerians, Bulgaria given match ban. Stay in the know with our Rave News Digest which summarizes five of the hottest global news you need to catch up on, saving you time and energy. Consider it your daily news fix.

At least 37 people have died and others are feared trapped underground in a landslide on Monday in the west of Cameroon, officials say. Rescuers in the town of Bafoussam have been looking for survivors in the remains of houses flattened by earth dislodged after heavy rainfall. Regional governor Fonka Awa Augustine said people had built homes on the unsafe ground despite government warnings. Heavy rains have continued beyond the regular rainy season, reports say.

“Around 10 pm [21:00 GMT], I heard a noise,” survivor Albert Kenge told the media. “I saw a big cloud of dust and when it dissipated, I saw that the mountain had collapsed.” The authorities fear that the death toll could rise as the rescue operation continues into the night.

The House of Representatives, on Tuesday, called on President Muhammadu Buhari to stop the planned Operation Positive Identification by the military. The decision followed a motion of Urgent Public Importance moved by the minority leader, Ndudi Elumelu, at the plenary session presided over by the Speaker, Mr Femi Gbajabiamila.

OPI is an operation the military claims would allow Nigerians to provide documentary proof of identity to separate citizens from aliens and to checkmate bandits, kidnappers, armed robbers, ethnic militias and other criminal elements in the society. Also, the Deputy Minority Leader, Rep. Toby Okechukwu (PDP-Enugu) said the proposed plan was not within the mandate of the army.

Also supporting the motion, Rep. Ahmadu Jaha (APC-Borno) proposed that the Army commence “offensive attacks against Boko Haram and bandits in Northeast and Northwest.” The house unanimously supported the motion.

Famous directors David Benioff and Dan Weiss also know as D&D are not going to make the next Star Wars trilogy. The Emmy-winning duo is pulling out of their deal with Lucasfilm to launch the next saga, the first film for which was previously announced to arrive in theaters in 2022.

Lucasfilm announced D&D were developing a new Star Wars trilogy in February 2018. In August, the duo scored an exclusive multi-year deal to develop programming for Netflix estimated to be worth at least $200 million. A time crunch with their Netflix commitments is said to be the reason the writer-producers have to step aside from Star Wars.

“We love Star Wars,” D&D said in a statement. “When George Lucas built it, he built us too. Getting to talk about Star Wars with him and the current Star Wars team was the thrill of a lifetime, and we will always be indebted to the saga that changed everything. There are only so many hours in the day, and we felt we could not do justice to both Star Wars and our Netflix projects. So we are regretfully stepping away.”

Lebanon’s Prime Minister Saad Hariri has turned in his resignation to President Michel Aoun, satisfying one of the main demands of the country’s protest movement. The announcement on Tuesday came on the back of 13 days of mass protests demanding the departure of the country’s entire political elite amid growing anger over official corruption, poor public services and years of economic mismanagement.

“We have reached a deadlock and we need a shock in order to brave through the crisis,” Hariri said in a televised statement from the capital, Beirut. “I’m heading to the presidential palace to tender the resignation of the government. This is in response to the will and demand of the thousands of Lebanese demanding change,” he added.

Bulgaria has been ordered to play two matches behind closed doors – one suspended for two years – for their fans’ racist abuse of England players in a Euro 2020 qualifier. England’s 6-0 win in Sofia was stopped twice and could have been abandoned, but the visitors chose to play on.

The hosts already had a partial stadium closure for that match on October 15 because of previous racist behaviour. Bulgaria has also been fined 75,000 euros (£65,000) by Uefa. The Bulgaria fans’ behaviour included Nazi salutes and monkey chants and the match was stopped twice for racist chanting by home supporters.