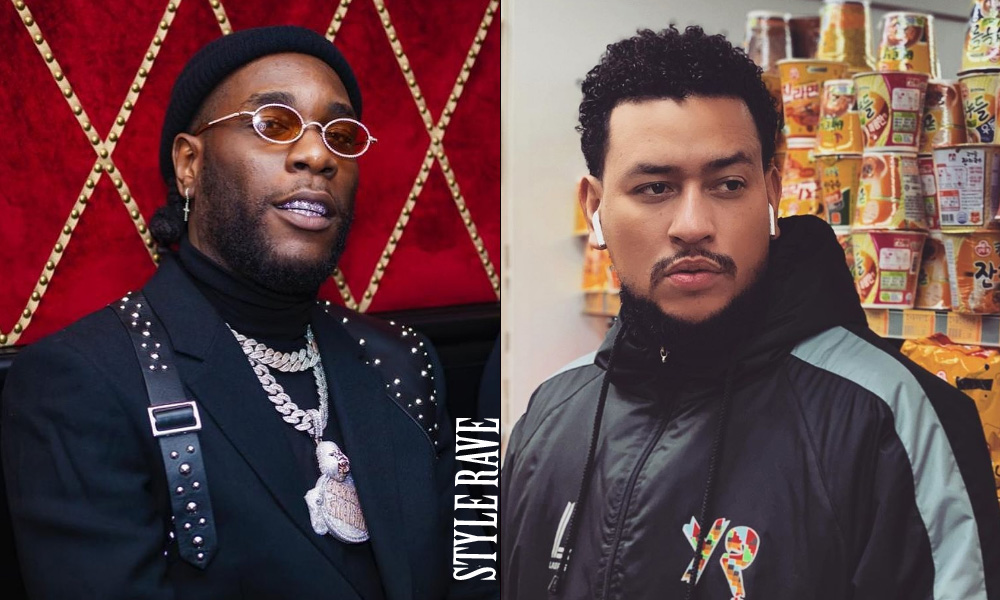 The 10 Best Nigerian Fashion Instagrams Of The Weekend – January 26

AKA hails Burna Boy, FG to demolish more buildings, LeBron James promises to continue Kobe Bryant’s legacy. Stay in the know with our Rave News Digest which summarizes five of the hottest global news you need to catch up on, saving you time and energy. Consider it your daily news fix.

1. I was not elected to do small things – Trump

US President Donald Trump has said he was not elected to do small things. Trump stated this in a live broadcast on Tuesday while announcing his peace plan for the Middle East region, saying the Palestinians do not deserve the troubles they are going through.

Trump said the US plan for the Middle East is to make it safer and more prosperous.

The Federal Government has said it would demolish more structures to pave way for the ongoing reconstruction of the Lagos-Ibadan Expressway.

The Director of Highways, South West, Federal Ministry of Works and Housing, Funsho Adebiyi, made this known on Tuesday during a tour of roads including the Ikorodu-Sagamu Road and Apapa-Oshodi-Oworonshoki expressway.

Adebiyi stated that the reconstruction of the Lagos-Ibadan Expressway had been redesigned to include interchanges and flyovers hence the need for demolition of structures and buildings along some axis of the road to give room for the new developments. He stated that some buildings had been marked but that some other structures would go down.

3. Burna Boy is a champion, we consider him a winner – AKA

Burna Boy had threatened to deal with AKA for his choice of words while AKA dared Burna Boy to step foot in South Africa; however, on November 14, 2019, AKA requested that Burna Boy should apologise to South Africans before stepping into the country for an event.

Responding to tweets trolling him including a since deleted tweet by Twitter user:  Mobamz, which stated “If Burna should win that grammy award, what am I saying. When Burna wins that grammy tonight AKA will be sent back to his village on credit by Nigerians,” AKA recently tweeted:

“I never hated Burna Boy. All I did was stand up for my country. I think it’s time to move past this narrative. It’s tiring. Like I said, even a nomination is a huge achievement”.

He added: “What you should have done is focus on the positive instead of thinking about me and my country. In any case, Burna is still a champion. We still consider him a winner.”

Four people with suspected coronavirus have been put into isolation in Ethiopia’s capital, Addis Ababa. Since last Wednesday, all passengers arriving from China are being screened at Addis Ababa’s Bole International Airport to check for infections.

At a press conference in Addis Ababa, Dr Lia Tadesse, a junior health minister, and other officials said all four of the suspected cases were Ethiopian nationals. Three of them were students who had travelled back from various universities near Wuhan city, the epicentre of the outbreak. Health officials say blood samples are to being sent to South Africa for further investigation.

LeBron James says he is heartbroken over the death of Kobe Bryant and has promised to continue his fellow basketball great’s legacy. Bryant and his daughter Gianna were among nine people killed in a helicopter crash on Sunday.

“Man, I sitting here trying to write something for this post but every time I try, I begin crying again just thinking about you, niece Gigi and the friendship/bond/brotherhood we had!” he posted on social media. “I literally just heard your voice Sunday morning before I left Philly to head back to LA. Didn’t think for one bit in a million years that would be the last conversation we’d have. I’m heartbroken and devastated my brother.”

“I promise you I’ll continue your legacy man! You mean so much to us all here. Please give me the strength from the heavens above and watch over me! I got US here! There’s so much more I want to say but just can’t right now because I can’t get through it! Until we meet again my brother!!”

Our Week Day News Digest brings you a summary of five of the hottest news topics today including latest News in Nigeria, African news, political news, international news, Hollywood news, sports news and news on Nigerian celebrities and African celebrities. Also expect other top stories and more of the latest trending news today across the Sahara. A summary of latest Nigerian news today 2020.

The 10 Best Nigerian Fashion Instagrams Of The Weekend – January 26