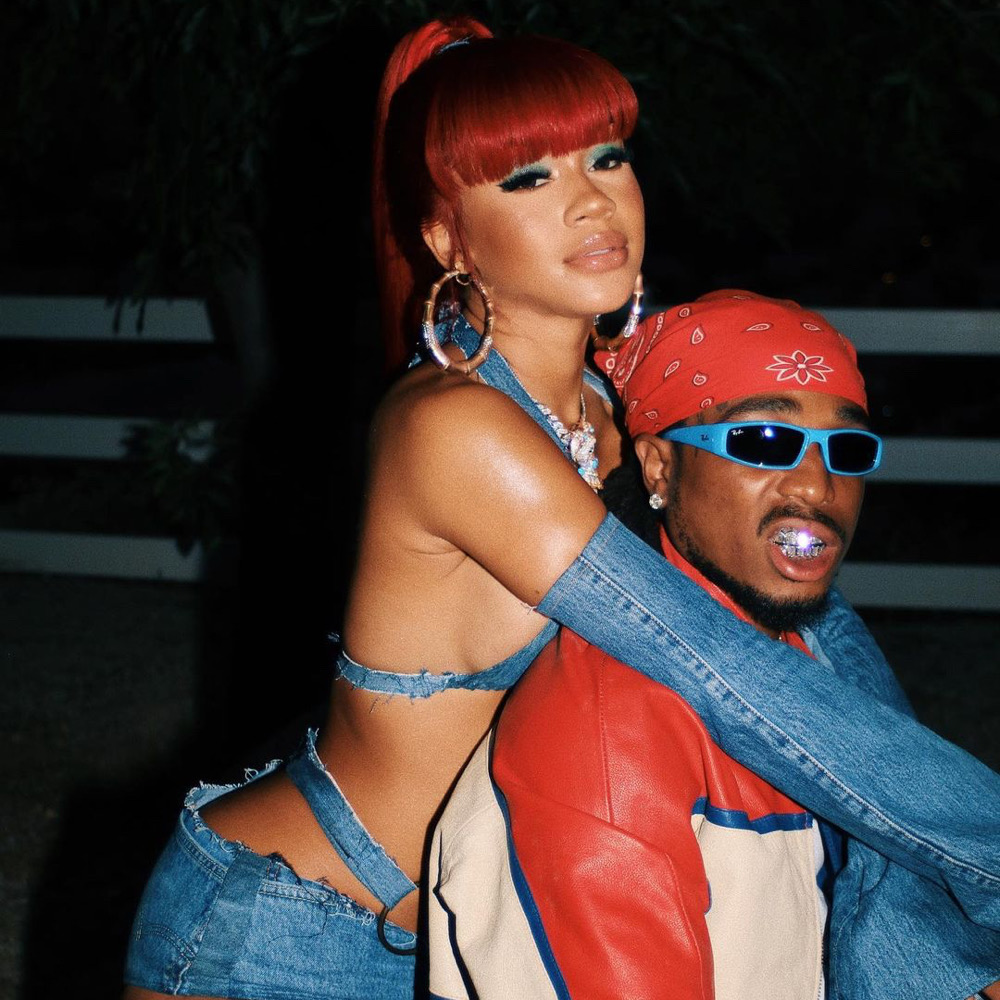 Quavo didn’t take back Saweetie’s Bentley, Burna Boy talks about his lessons from Diddy, Luis Suarez scores 500th goal. Stay in the know with our Rave News Digest, which summarizes five of the hottest global news you need to catch up on, saving you time and energy. Consider it your daily news fix.

Quavo didn’t take back the Bentley he gifted to his now ex-girlfriend Saweetie for Christmas, the media reports. Reports surfaced that Quavo had repossessed the Bentley he gifted Saweetie last Christmas after the “Bestfriend” singer confirmed her split with the Migos member over Twitter. “I’m single,” she wrote over the weekend. “I’ve endured too much betrayal and hurt behind the scenes for a false narrative to be circulating that degrades my character.”

Quavo allegedly never put Saweetie’s name on the lease of the luxury vehicle. After their break-up played out over social media, the rapper is said to have called for the car to be repossessed. But according to reports, that didn’t happen, and there’s no visual evidence that it ever took place.

On March 22, 2021, Grammy Award-winning Nigerian superstar Burna Boy chatted with Entertainment Today, Canada. He spoke about his recent Grammy win, lessons he learned from working with Diddy, and more.

When the interviewer asked Burna Boy what he learned from working with the legendary Diddy, he said, “I basically learned that I was doing the right thing, you know… That I was on the right path. He basically saw a lot of himself in me and stuff… That basically showed me that… Yeah, about to hit dem billions…”

Adding fuel to an already lit dating rumor, rapper Boity Thulo wrote the sweetest birthday message to her rumored boyfriend Maps Maponyane that left Twitter going “awww.” Boity and Maps have been friends for a while. They ignited the rumor that they were an item a little over a year ago when they were spotted together a few times.

Taking to her Instagram on Maps’ 31st birthday, Boity wished him everything of the best and thanked him. “Happy birthday to one of the brightest lights in my life!!” Boity began. “You know words are never enough! Thank you, Mapsy. Thank you! For your heart, selflessness, your love. Thank you for always showing up for me. You have been a phenomenal part of my journey through this life thing!” Boity and Maps have denied the romance rumors several times, but fans continue to hope for more.

The Ghana Health Service (GHS) has assured that the AstraZeneca vaccine is safe and has therefore encouraged everybody to participate in the vaccination program in Ghana as the country moves into the next phase of the vaccination. Beginning Monday, March 22, 2021, all health workers in other districts and regions in Ghana are to be vaccinated.

The Director-General of the GHS, Dr. Patrick Kuma Aboagye explains that approximately 90,000 health workers are being targeted in this next phase of the Ghana vaccination program. This, he said, includes both public and private sector health workers.

Luis Suarez scored his 500th career goal to give La Liga leaders Atletico Madrid victory over Alaves. The Uruguayan forward reached the milestone by heading home Kieran Trippier’s cross in the second half. It was his 19th goal for Atleti, while the 34-year-old has also scored 198 goals for Barcelona, 82 for Liverpool, and 63 for Uruguay.

Suarez began his career at Uruguay side Club Nacional, where he scored 12 goals, before moving to Eredivisie outfit Groningen where he netted 15 times. He joined Ajax in 2007, adding 111 goals before he joined Liverpool in 2011 and then Barcelona in 2014.