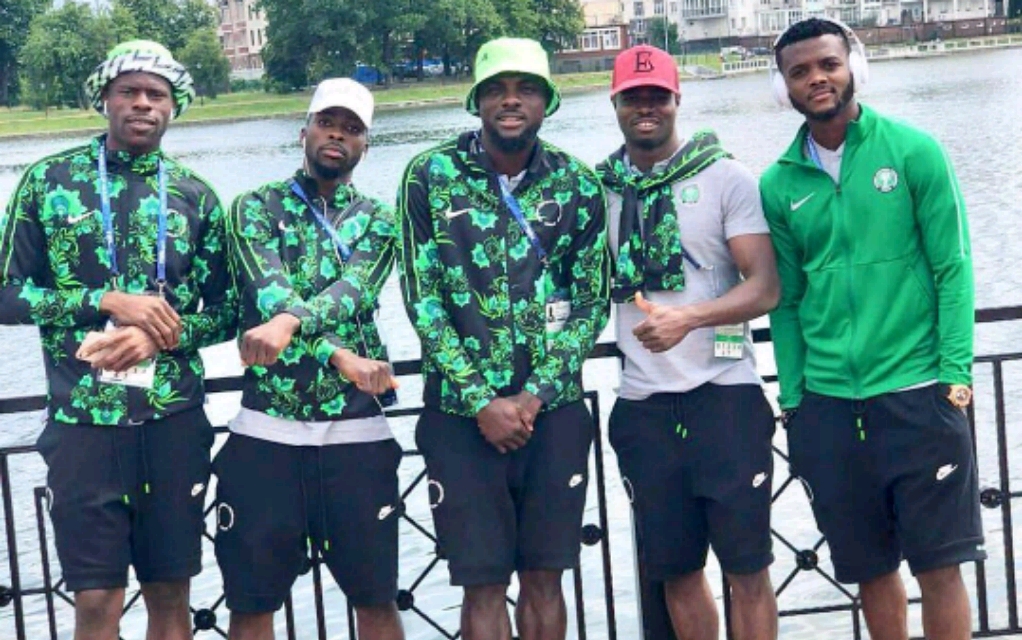 It’s World Cup season! Football is a sport many love; one that easily generates excitement from everyone involved and the event which generates the biggest excitement of all in the football world is undeniably the FIFA World Cup – a series of football matches between nations that lasts for a period of one month. This year, it has been scheduled to hold in Russia from 14 June 2018 – 15 July 2018.

The 2018 World Cup has definitely gotten a great amount of hype and a good deal of excitement, especially from Nigerians. The Nigerian Football scene has been buzzing with palpable excitement, especially over how our players – the Super Eagles – have been serving hot looks with the Nigerian Jersey, which was created in collaboration with Nike and was tagged the Best 2018 World Cup Kit by GQ – which despite costing a little more than what we are used to was sold out within an hour.

Keeping up with the trending bromance between fashion and football, once they touched down in Europe for their first game of the season, the Super Eagles flaunted a new set of African-themed outfits which really is a nice way to share Nigeria with the world. With all the excitement they’ve generated from the videos created with the new Jersey (which I still want) and their newly released outfits, in collaboration with multinational giants Coca Cola and Pepsi as well as several celebrities, we are positive that we stand a chance to come out of the game against Croatia tomorrow as victors. Here’s our rationale; if the team has put in as much effort into their footwork as they’ve put into their outfits, then we are certain our players are definitely all Tens!

On a more serious note, the Nigerian football team currently ranks 48 on the official FIFA world ranking while Croatia ranks 20, so let’s just say that tomorrow’s game against Croatia is going to be an interesting one and literally anything can happen!

The Queen Reclaims Her Throne! A Peek At NICKI MINAJ’s Elle USA Cover

FIFA World Cup 2022: Everything You Need To Know