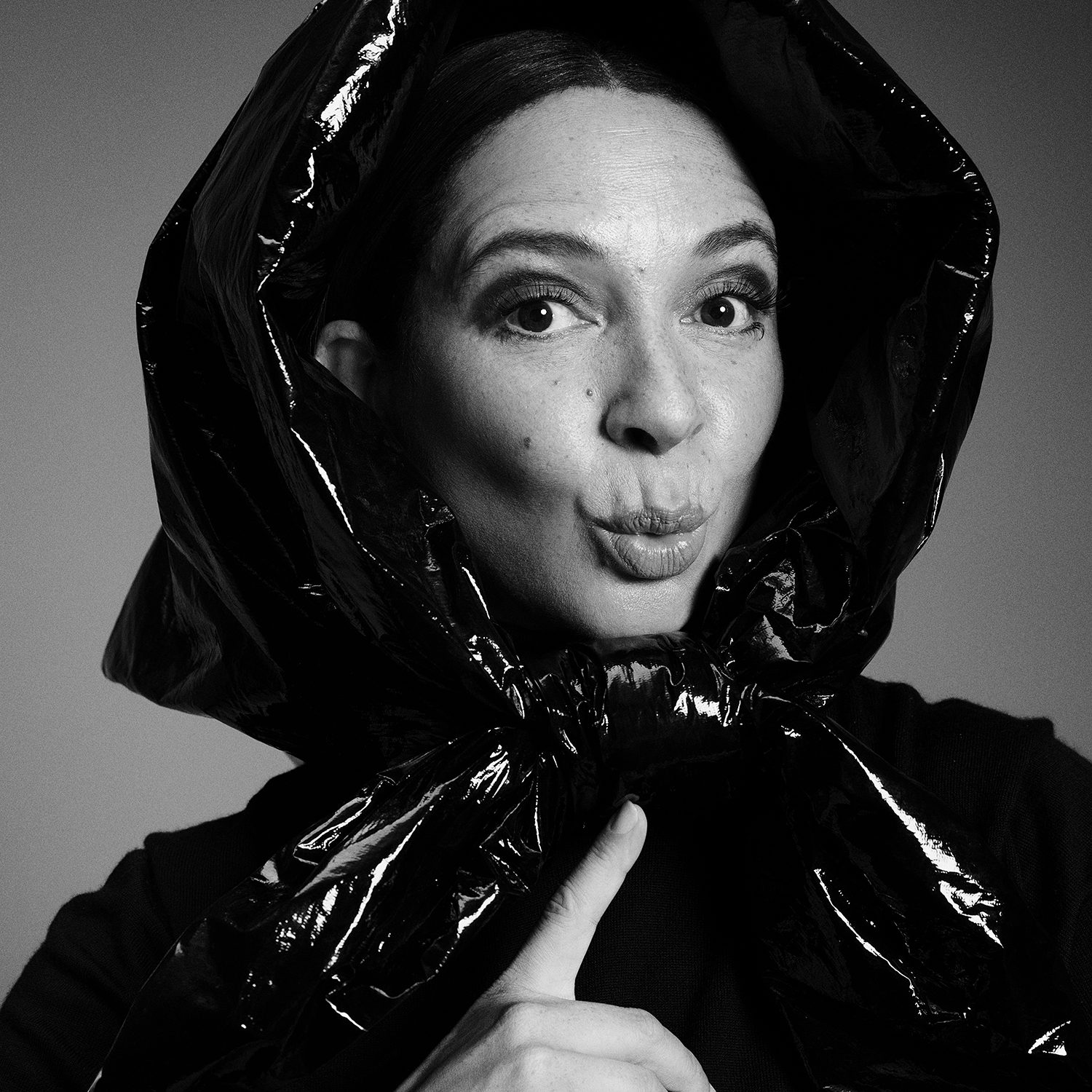 Audiences first fell in love with Maya Rudolph—who reportedly has a net worth of $20 million, according to Celebrity Net Worth—on Saturday Night Live. Two decades later, the writer, producer, and Emmy-winning actor continues to bring her signature sense of humor to television, film, and beyond. Up next: starring as evil queen Malvina opposite Amy Adams’s princess Giselle in the “Enchanted” sequel, “Disenchanted.”

Rudolph on her early career discomfort at not being funny during interviews, talks shows and red carpets: 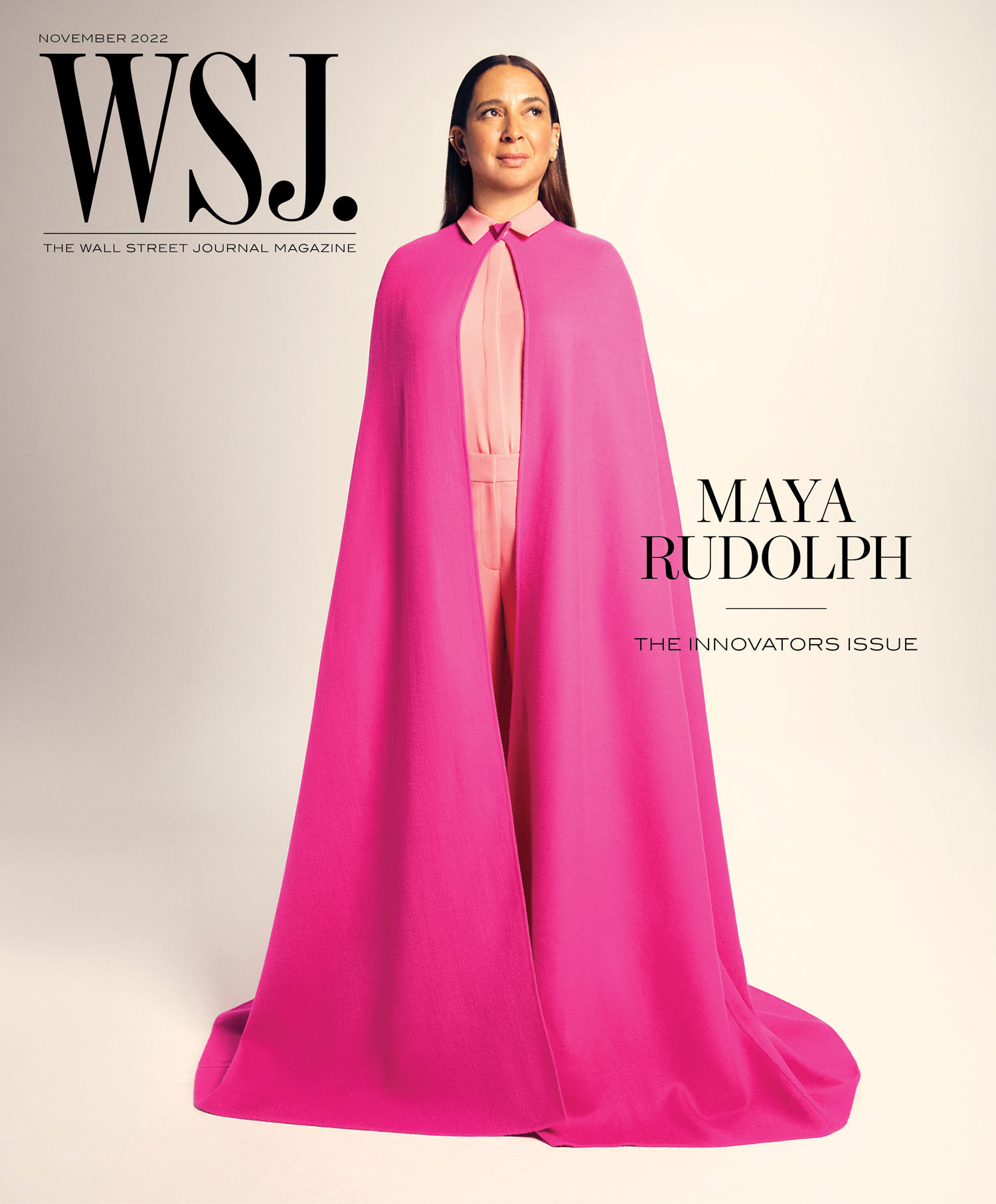 “It would always feel like someone was stealing my soul. That’s where, over the years, I created a persona to protect myself.”

Rudolph on her first appearance on The Late Show With David Letterman in 2009:

“I did not have a good time,” she reflects. “He said my name wrong, and I just sat there, like, I grew up my whole life in love with you. And now my heart is broken. And I’m sitting here embarrassed and humiliated. I didn’t know how to handle it. I didn’t know how to come up with something funny to say. My public persona muscle wasn’t strong yet.” Over time, she adjusted. “I’ve definitely gotten much better. When I’m uncomfortable, I try to be funny.” Maya Rudolph Net Worth

Amy Adams on working with Rudolph on Disenchanted:

“People just love Maya, and you need to love this villain,” says Adams. “She’s able to bring so much joy and energy to the set but also stay extraordinarily grounded in the truth of any moment, even when playing these larger-than-life comedic beasts.”

Rudolph on the pursuit of balance: 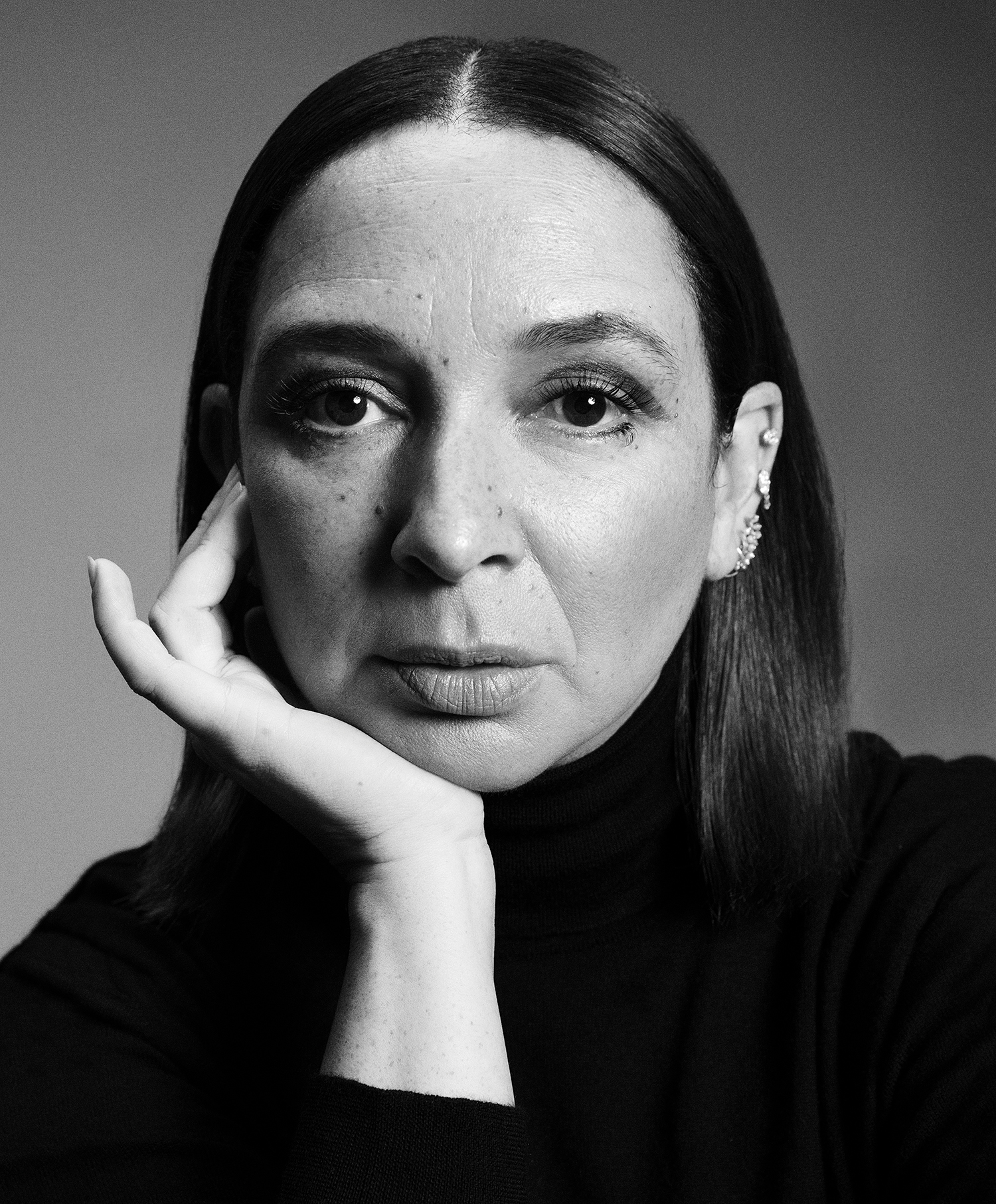 “What is this fake thing we think exists about balance? I mean, meditation is helpful to me, but did I do it this morning? No.” She smiles. “And that’s OK.”

“I’m like, Why didn’t I ever stretch before doing things like that? I could have really hurt myself!” she exclaims. “Little things add up, and when you turn 50, you start to think, Holy shit! I’ve been here for 50 years. Like, OK, I’m really examining my life right now. What needs to happen?”

“Believe me, I am not a Pollyanna who’s like, I smile all day, every day. I get stressed out, I get pissed off, but I learned I could make a choice for myself, and it’s liberating,” she says of valuing downtime. “Maybe people who’ve worked as long as I have make other choices and have nicer cars. I don’t know, but it’s so important for me to [try to] have that balance.”

Actor Natasha Lyonne on Rudolph coaching her for before her hosting gig on SNL in May: 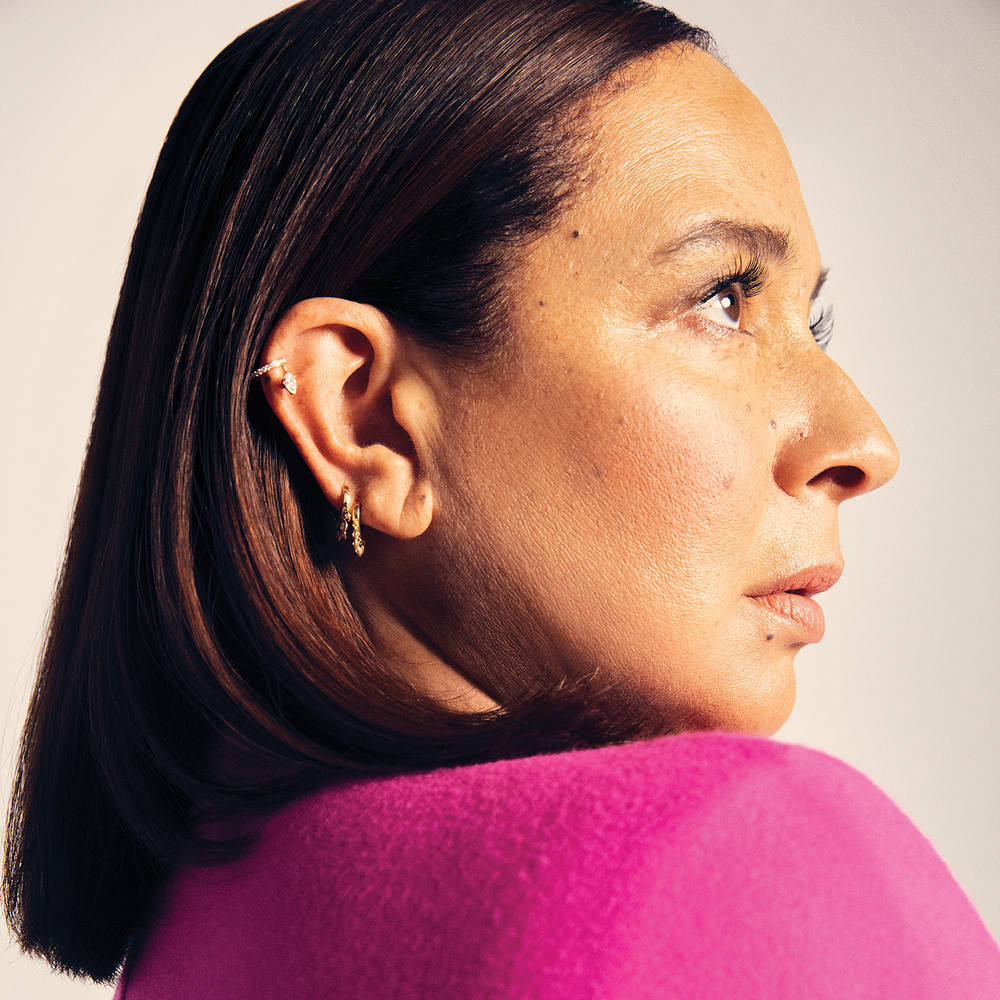 When Lyonne was preparing to host Saturday Night Live for the first time in May, she and Rudolph hopped on a FaceTime call. “She was walking around in the bathroom, and I’m pretty sure she was, like, topless,” says Lyonne, laughing at the memory. “She was like, ‘You need to tell little Natasha that big Natasha is here, and she’s going to take care of little Natasha and that you’ve got her, and you know how to show up for her now.’”

Rudolph on her show Loot, and its satire of the wealthy:

“The show was never about raking any one person over the coals. I’ve never personally been interested in scathing comedy,” says Rudolph. “It doesn’t sit right in my body, and it doesn’t work for me, and I learned through experience that I’m funnier when I find something funny. When I’m not feeling that, it feels like a lie.” By the series’ end, Molly makes a grand, charitable gesture. Similarly, in September, Patagonia’s founder, Yvon Chouinard, revealed that he’d donated the entire company, with future profits going to fight climate change. Rudolph says, “We were all texting each other, going, ‘Do you think he watched the show?!’”

Rudolph on not considering herself a celebrity: 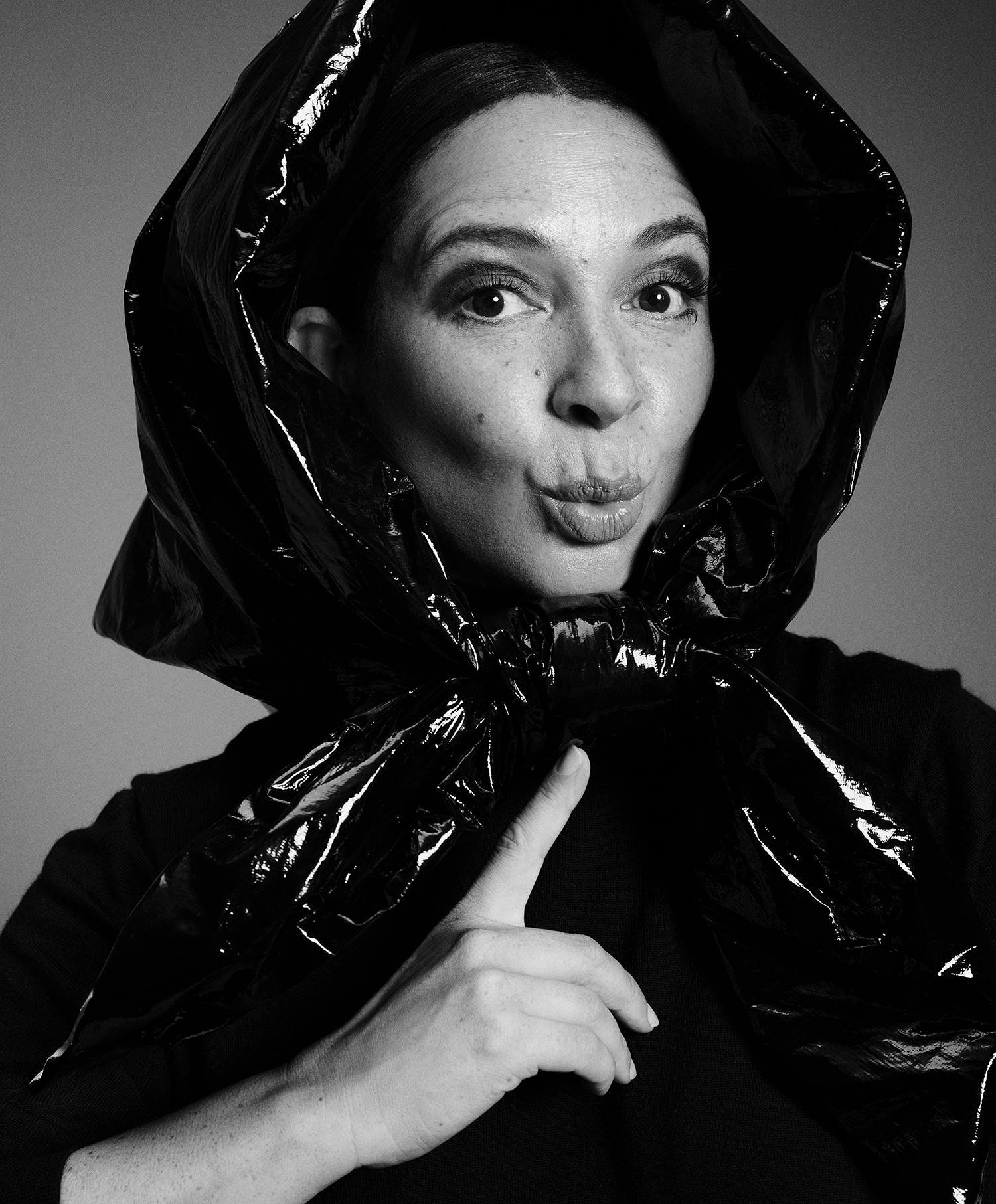 “I know I’m a working actor and people know who I am, but I don’t feel like a celebrity, because that word means something else today to me,” says Rudolph. “There are a lot of different types of celebrities these days and a lot of self-made celebrities where people are famous for being famous, and that isn’t what I do.”

Rudolph on singing a challenging duet with co-star Adams, for Disenchanted:

“I’m always hard on myself about singing. I put the bar way too high, and the song they wrote for us was much higher than I’m used to,” says Rudolph. “I was scared I wouldn’t be able to pull it off, so I worked really hard with our musical director. And when I sang it, it was such a personal accomplishment.”

She uses her mother’s staggering five-octave vocal range as a measure. “I don’t know because I can’t ask her, but with her, it’s like, that was there from the beginning,” says Rudolph of her mom’s musicality. “What’s strange about my voice is I can sing like other people. I just don’t really know what my voice sounds like. I had to accept that I’m a bit more of an alto, and that’s OK. I can’t sing everything.”

Rudolph on her aversion to irredeemable characters: 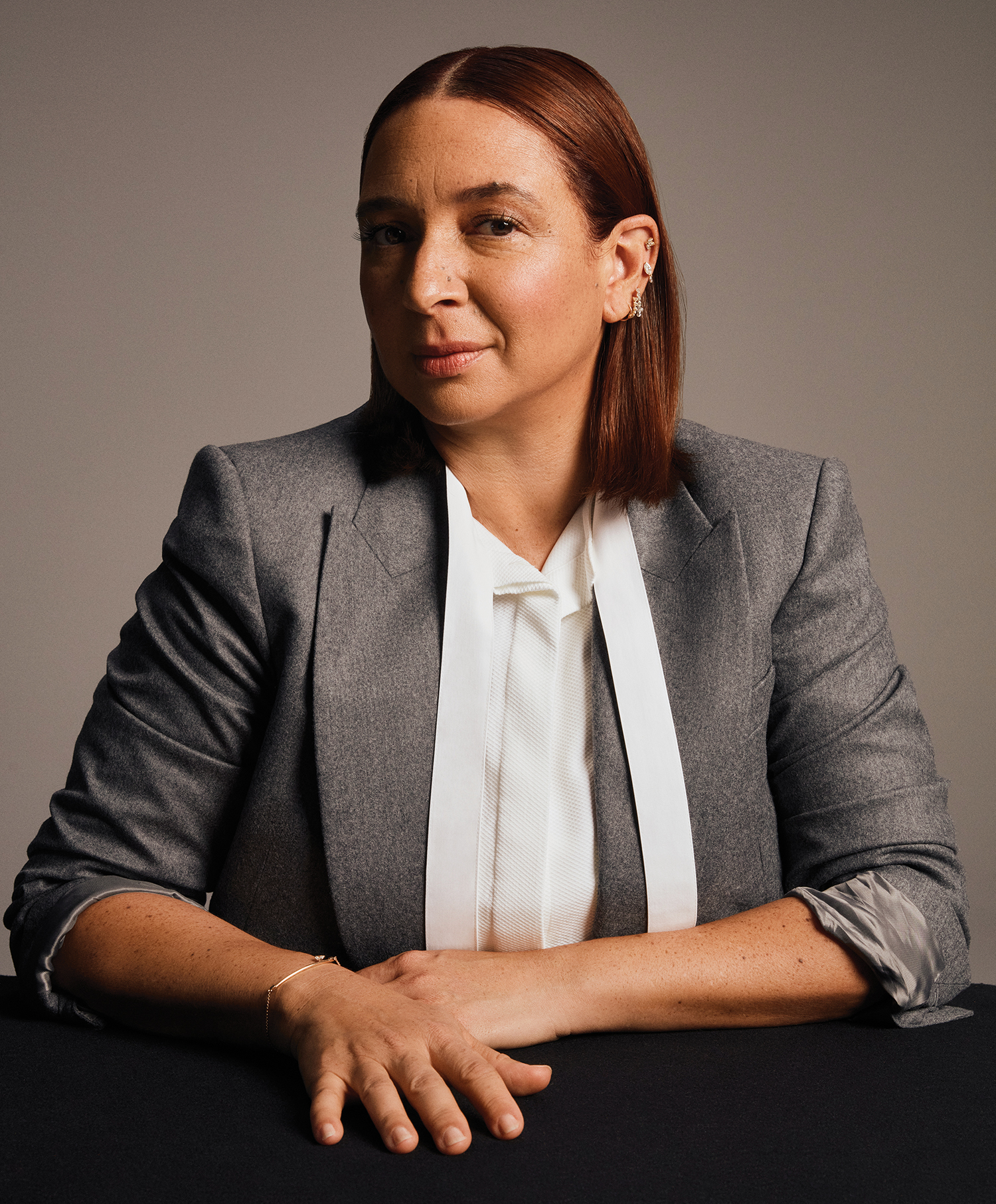 “There’s nothing worse than watching a show and hating somebody. I mean, it exists,” she says. “You know, people love Succession. Like, ‘Oh, my God, they’re such assholes!’ It’s such an incredible show, but I think there is something to human nature in that we want to empathize. And that’s why we watch other human beings in stories. We want to connect somehow to ourselves.”

Rudolph on not always understanding why her comedy lands:

All she knows is that she keeps creating until it feels right. “There isn’t always an answer. ‘Why did Bridesmaids click?’ has been the story ever since it came out,” Rudolph says with a shrug. “We were all so predisposed to making things we thought were funny but not necessarily having them resonate with other people in the way that that movie did. It proves there isn’t one way to do something, and you never know how people will respond. So the more you do the thing you do, the better you get at it.” Maya Rudolph Net Worth