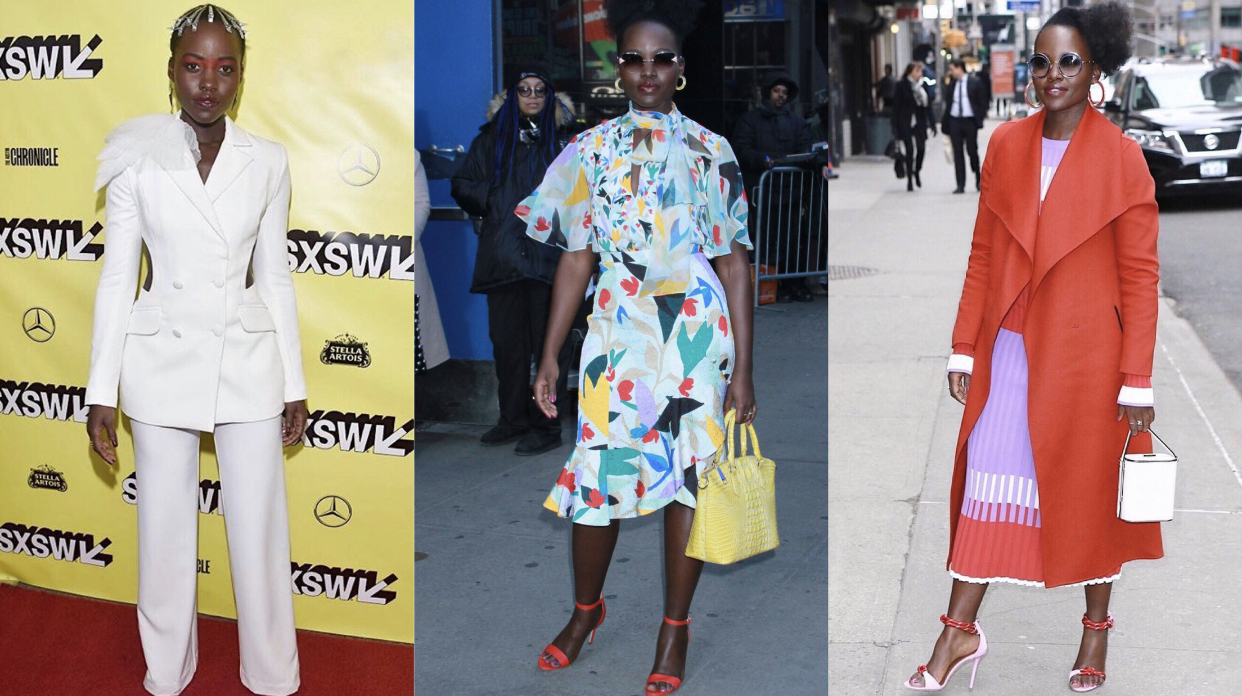 Heading To Kenya Soon? These Are The 10 Best Hotels In Nairobi

Lupita Nyong’o is on a global press run for her latest movie, US. The horror flick is written and directed by Oscar-winner Jordan Peele, the man behind the groundbreaking movie ‘Get Out.’ This happens to be Jordan Peele’s sophomore film and it premiered on Friday, March 22nd. In the new film, Lupita plays a mum-of-two, Adelaide Wilson and a scarier version of the character referred to as Red.

The actress and her co-star, Winston Duke, who plays Nyongo’s husband in the movie, have been everywhere from New York City to Berlin to promote the new film.

While many couldn’t wait for the movie to premiere, we were most intrigued by Lupita’s style during her press run. I mean, the actress was serving looks that were definitely hard not to notice. However, the looks this time clearly leaned towards the theme of the film: they are mostly edgy and a little scary, but think sexy scary.

With sprinkles of colours and elegant styling, the Mexican/Kenyan actress proves that she can make scary look sophisticated.

As much as Lupita is trying to give us the creeps, she’s one hell of a sophisticated monster. But are we really surprised? She’s a style star who’s always lit!

Heading To Kenya Soon? These Are The 10 Best Hotels In Nairobi