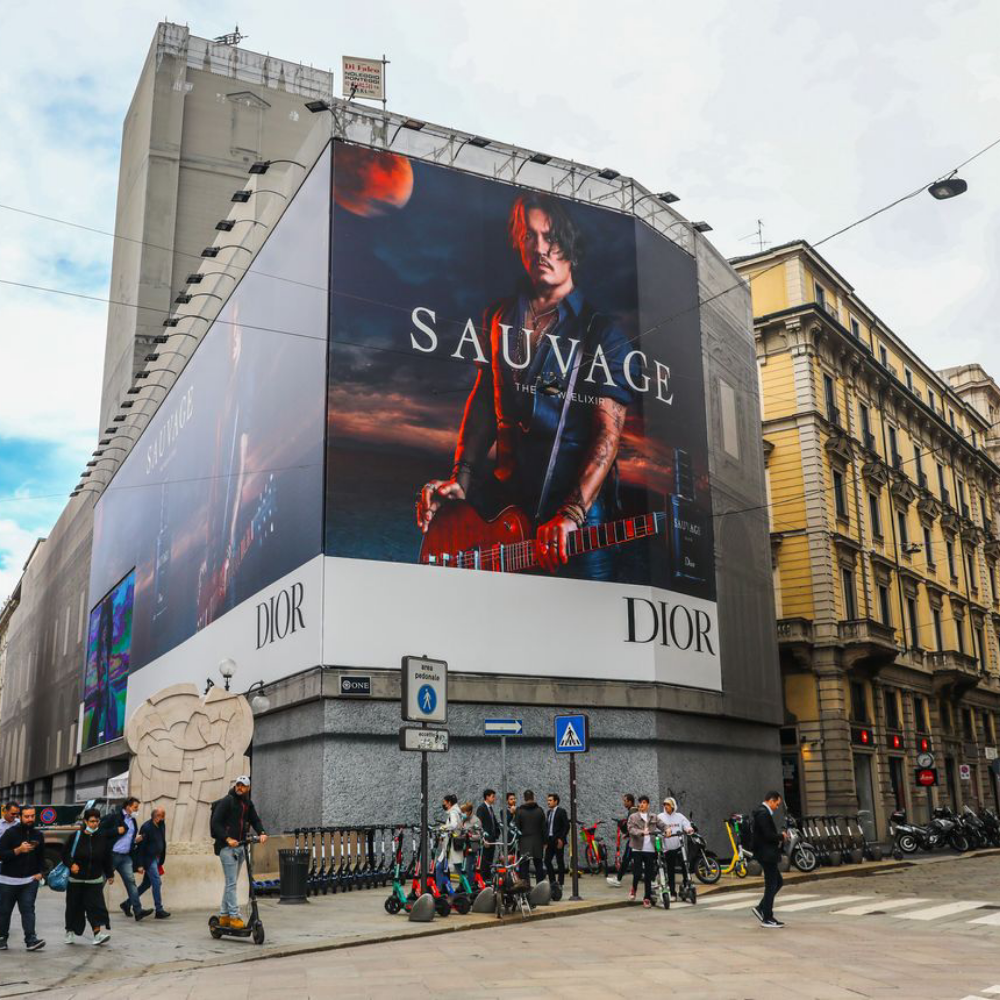 Mental Mondays: 4 Common Signs Of Trauma To Look Out For + Healthy Ways To Heal

hroughout Johnny Depp’s defamation trial against his ex-wife Amber Heard, French luxury house Christian Dior retained its contractual ties to the actor. Now, some of Mr. Depp’s fans are buying the Dior cologne he promotes as a show of support.

Mr. Depp has been the face of Dior’s Sauvage cologne since 2015; and during the multi-week trial, photos and videos of Mr. Depp were visible on Dior’s website and social media accounts. A shot of the actor, clad in a poncho and sitting cross-legged before a fire, is on the company’s product page for the fragrance, which sells for as much as $155 for a 6.8 ounce bottle.

Dior’s Sauvage fragrance is in some retailers’ top slots. A Depp spokesman praised the French luxury house as “steadfast and unwavering in its support”

On Dior’s YouTube page, a 43-second Sauvage promo clip showing Mr. Depp playing a guitar in a desert, has been viewed more than 91 million times in eight months.

Loyalty will always be in

The decision to stick by Mr. Depp may pay off. Dior did not respond to a request for comment or provide sales figures, but according to online sales rankings as seen on WSJ Magazine, its Sauvage fragrance is currently the best-selling men’s cologne on both Sephora.com and Ulta.com—two of the internet’s largest beauty retailers. It is also the fourth top-selling men’s eau de parfum on Amazon.com, per online rankings. Amazon and Ulta declined to comment on the sales. Sephora did not respond to a request for comment.

When fans stand their ground

One of Depp’s fans, Makayla Stewart, who works in real estate in Simpsonville, S.C., and watched “every second” of the proceedings on buying the cologne:

“I feel like supporting Dior at this point is synonymous with supporting Johnny. I couldn’t be in Virginia yelling his name like everybody else, so buying a product he was affiliated with was something I could do from South Carolina at least.”

Spokesperson for Mr. Depp on Dior’s decision to stand by the actor during his scandals:

“He knows that Dior, in particular, has been steadfast and unwavering in its support and he will always be grateful to them and to all those who have supported him through the sales on his behalf,” the spokesperson said.

Another of Depp’s fan Ahmad Fatfat, on viewing Dior more favorably due to the company’s decision to stand by the actor:

“They took a really tough decision throughout to stand by him when no other company would,” he said, who works in communications and public relations in Lebanon. Mr. Fatfat, who had previously purchased Sauvage, said he felt the decision to stay with Mr. Depp was a risky one for Dior. “If the trial went in any opposite direction, by any chance,” he said, “they would have been impacted.”

Mental Mondays: 4 Common Signs Of Trauma To Look Out For + Healthy Ways To Heal