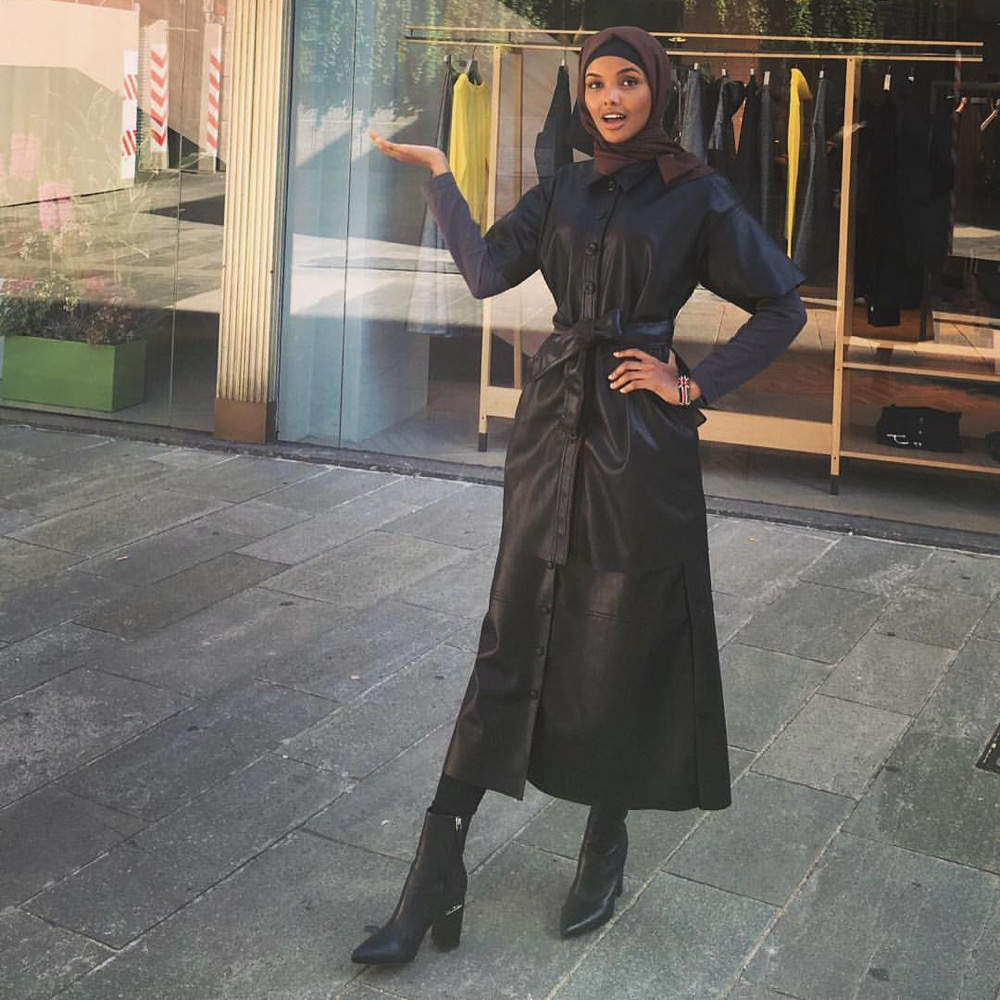 Model Halima Aden quits runway, Somkele Idhalama shares testimony, Colin Kaepernick gives career updates. Stay in the know with our Rave News Digest which summarizes five of the hottest global news you need to catch up on, saving you time and energy. Consider it your daily news fix.

1. Model Halima Aden announces she will no longer walk runways

Halima Aden is saying goodbye to the runway after reflecting on how she has been portrayed by the fashion industry. The 23-year-old model shared a series of childhood photos, fashion campaigns, and photoshoots she had been involved in that she said had made her feel pressured to compromise her religious beliefs, namely her decision to wear the hijab, for her career. Aden, who is Somali-American and Muslim, fled Kenya as a child and was raised in Minnesota.

Halima Aden was the first woman to wear a hijab in the Miss Minnesota USA pageant and later became the first hijab-wearing model at many runway shows across the globe. She has also appeared on numerous magazine covers and in a slew of style campaigns. The model made history as the first to wear a hijab and a burkini in Sports Illustrated’s 2019 Swimsuit Issue.

Here’s what Halima had to say on her Instagram page.

2. Nigeria: Somkele Idhalama opens up about her son’s cancer diagnosis

Nigerian actress Somkele Idhalama has narrated how her only son who she shares with her husband Captain Aaron Idahlama was diagnosed with cancer three years ago. In a video which she tagged “#HallelujahReport,” the actress detailed the events surrounding his diagnosis and treatment. Her son was recently declared cancer-free and Somkhele and family celebrated his recovery during this year’s US thanksgiving.

According to Somkele, she was attending her friend Adesua Etomi’s wedding in South Africa when she got the call informing her that her son, Jordan Idhalama was sick. She helped Adesua fit into her dress then flew to the US to look after her child.

Emmy Award-nominated director and filmmaker Thabang Moleya took to Twitter to disclose that he is almost 10 years sober. The “Happiness Is A Four Letter Word” director went on to share that he had been addicted to alcohol, heroin, cocaine, and other hard drugs. And for his 10th year of sobriety, on May 10, 2021, he will write a book about his life and the pressures of being a child star.

In the tweet, he said: “Almost 9 years clean. Haven’t touched a sip of booze, a line of cocaine, a bulb of crystal meth, a pipe of crack, a lace of heroine in my tobacco. On my 10yr sobriety: I’ll write a book on being a child star, early success in my career, a broken home, a young boy trying to escape.”

Rapper Quamina MP has lost his dad through the accident that occurred on the Accra-Akosombo highway, Thursday. The update comes less than 12 hours after the two were reported to have been involved in an accident. The information at the time had indicated that although Quamina MP escaped unhurt, his father was in a critical situation and had been rushed to the hospital for medical attention.

In a post shared on Twitter, the vehicle in which they were traveling in was seen to have been totally wrecked from the impact of the crash. Videos from the scene also showed the rapper badly shaken by the incident.

5. Colin Kaepernick says he’s being ‘denied employment’ in the NFL

While the NFL made history this week on Monday Night Football by featuring an all-Black officiating crew, it apparently still has a long way to go when it comes to tolerance of diverse points of view. Colin Kaepernick, who famously used his time in the league to protest against racism, took to his Instagram account earlier this week and provided an update to his football career.

“1,363 days of being denied employment,” captioned the former San Francisco 49ers quarterback under a video of him working out with former teammate Eric Reid. “Still putting in work with @e_reid35. Still going hard 5 days a week. #StillReady #StopRunning.”

Kaepernick last played in 2016 with the San Francisco 49ers, but he was not signed to a new contract after that season, and teams all ignored him as the kneeling protest case gained steam.