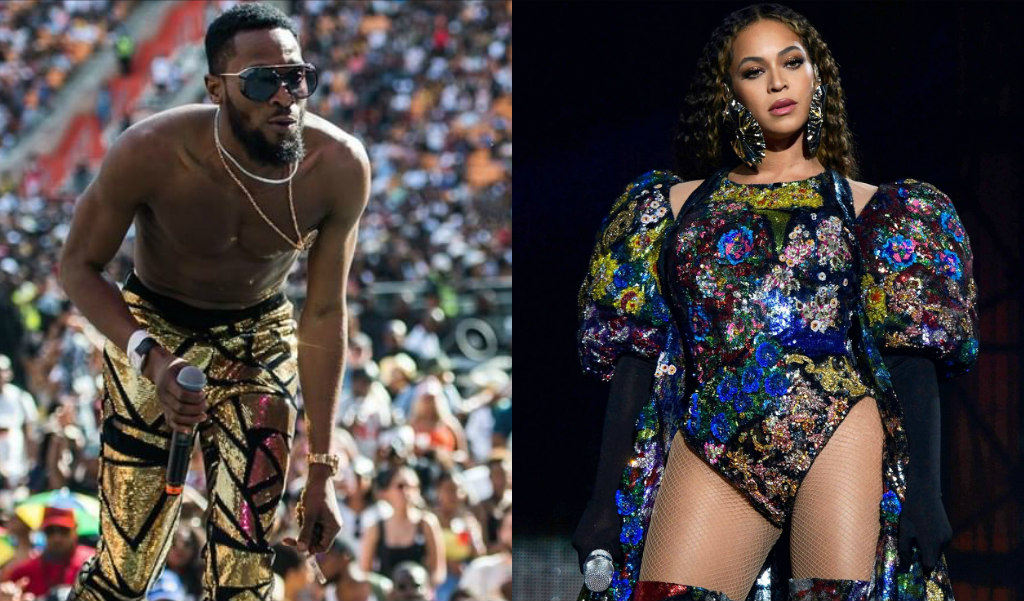 Last weekend was an extraordinary one as the Global Citizen Festival | Mandela 100 took over the city of Johannesburg. The event which was held in honour of late South African president and freedom fighter Nelson Mandela, saw a host of global stars flock into the country to help fulfil Mandela’s vision of ending extreme poverty.

It was a place of conversation starting off with a summit titled ‘The Next 100’ where there were speakers like Oprah Winfrey, Abiola Oke of OkayAfrica, Pearl Thusi and many others. A Gala Dinner was held on the 1st of December 2018 where international and local stars like Naomi Campbell, Ayanda Thabethe, Bonang Matheba, Minnie Dlamini,  Khanya Mkangisa and a host of other beautiful ladies and gentlemen walked the red carpet.

The celebration of the legacy, life and unfinished business of Nelson Mandela continued with a full-blown music festival on December 2nd.

The festival kicked off at the FNB Stadium in Johannesburg and was headlined by the Carters – Beyonce and Jay-Z. Other megastars, both African and foreign, that performed include Femi Kuti, Pharrell, Wizkid, Coldplay, Cassper Nyovest, Ed Sheeran, D’banj, Usher, Tiwa Savage to mention but a few. Trevor Noah and Bonang Matheba were the hosts for the mega event.

Wizkid was just as into the local choir as Beyonce was as he did a mashup with the Soweto Choir. The singer was among the first to take the stage performing songs like Daddy Yo, Ojuelegba and more of his hit tracks.

Fast-rising rapper and poet Sho Madjozi, whose family including her 74-year old grandma was on hand to cheer her up, gave an electrifying performance.

Femi Kuti and his son killed their performance as they performed the song, MADE.

Well, all we cared about was Usher’s amazing dance moves. The singer came prepared to wow the Motherland as he infused an African dance set into his performance.

Tekno’s Pana was played during an intermission as the crowd waited on Beyonce and Jay-Z to return to the stage.

Performances aside, Beyoncé, as usual, nailed every outfit she appeared in. From the embroidered cape-and-bodysuit combo by British designer Mary Katrantzou to the beaded mini dress by Esteban Cortazar, Queen Bey certainly proved that she did not fly all the way to Africa to play! While the Mary Katrantzou attire featured a map of all 54 countries in Africa, each filled with a unique embroidery representative of its culture, the mini dress came with a matching back piece, featuring thousands of African beads and traditional Ndebele neck rings.

She also stepped out in a Balmain custom bodysuit/shorts ensemble which featured an Egyptian hieroglyph print and feather-accented seam. Then there was a voluminous fuschia number by Ashi Studio which shared the stage before she changed into an emerald puff-sleeve coat and matching bodysuit.

But she wasn’t done yet! Her final look featured a monochrome yellow Versace jumpsuit attire that came complete with safety pins and matching wide-brim hats.

There were so many wonderful moments at the festival like D’banj’s performance, Tiwa Savage’s performance and of course her colourful outfit and much more.