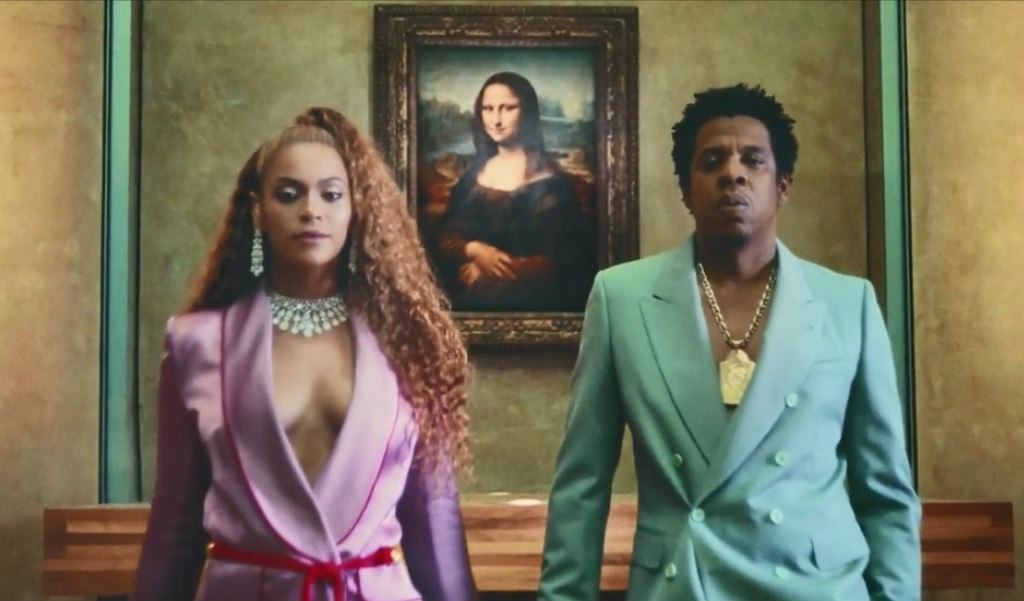 We are no longer strangers to the fact that Beyoncé drops surprise albums and this time she is not alone! She drags her husband, Jay Z, along for the ride and I am so loving the Everything Is Love album!

The Carters pulled a Beyoncé on us with their first ever joint album titled Everything Is Love. However, there has been speculation of a joint album since before Lemonade and 4:44 so this really doesn’t come as much of a surprise. The album was released on Saturday evening, at the end of the duo’s London show on their On the Run Tour II with one casual parting announcement: “Album Out Now.” Honestly, who else would have the nerve to pull this off if not this power couple? The Carters are masters at capturing the world’s attention when we least expect them to.

The nine-song album, complete with one video and a bonus track, is streaming in full on Jay Z’s Tidal. From the shots at Trump, the NFL, Spotify, the Grammys, and Kanye West, to Blue Ivy’s cameo and filming a music video at The Louvre, this album is everything and more!

“Let’s make love in the summertime…” Beyoncé sings on the first track, “Summer,” introducing the album’s overriding message of romantic bliss. The second track features her singing a triumphant refrain: “I can’t believe we made it.”

“Everything Is Love” also includes songs titled “Boss,” “Friends,” “Heard About Us” and “Love Happy.” In the album’s closing track, Jay-Z declares, “We broke up and got back together” while Beyoncé adds, “We came and we conquered/now we’re happy in love.” The album is anthemic but also very candid at the same time. Hip hop’s Bonnie and Clyde made beautiful music with a message about love that is certain to fill every heart with joy. They’re right – everything is love!

Listen to a few songs from the album here…

TREND ALERT! Your Favourite Style Influencers Are All Into The ‘Gucci Belt With Double G Buckle’ Right Now