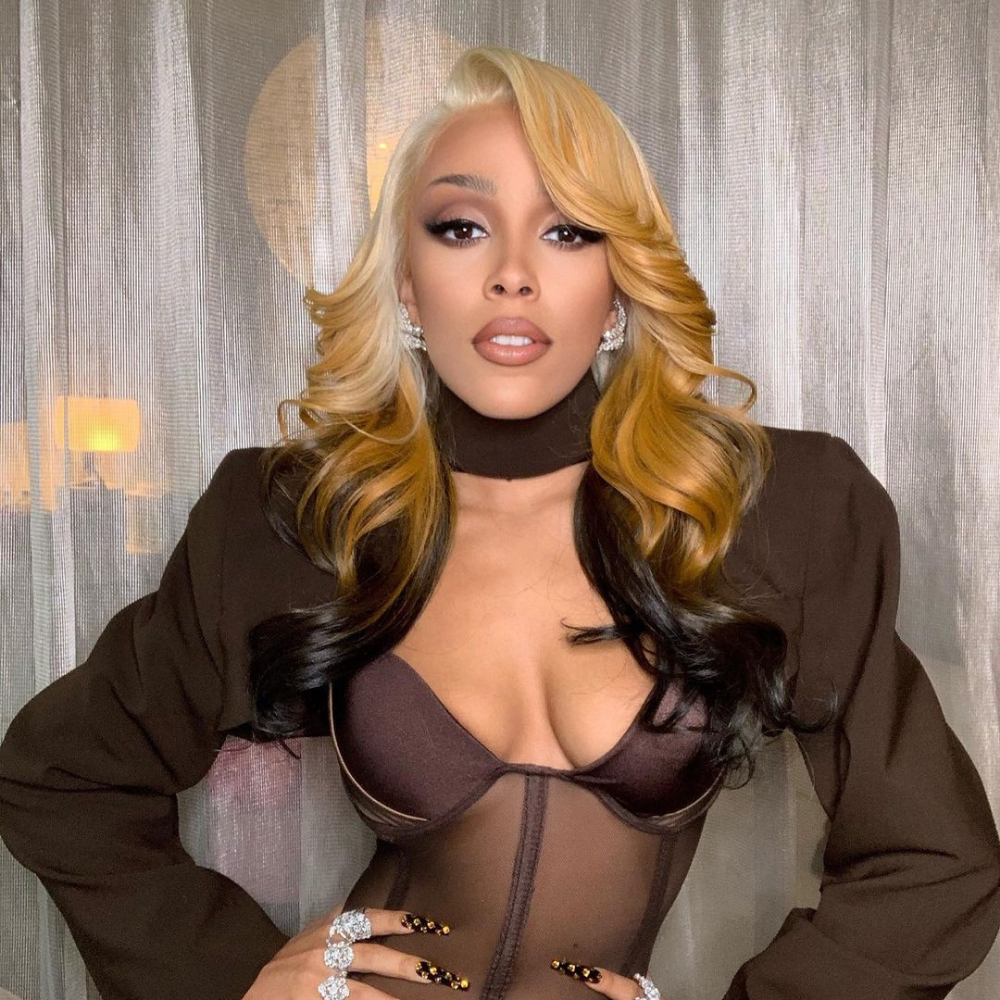 Doja Cat drops out of BRIT Awards, Omotola Jalade Ekeinde, Toke Makinwa set to star in period piece, Greenwood arrested. Stay in the know with our Rave News Digest which summarizes five of the hottest global news you need to catch up on, saving you time and energy. Consider it your daily news fix.

1. Doja Cat pulls out of BRIT Awards due to COVID-19 cases among crew

Popstar Doja Cat will be forced to miss the 2022 BRIT Awards, which holds on February 8, after members of her crew contracted COVID-19. The “Woman” hitmaker has been forced to cancel her planned performance at the ceremony at London’s The O2 arena on February 8, as a safety
precaution. Doja tweeted: “Unfortunately, due to cases of COVID within my crew, I will no longer be performing at the Brits. It’s simply not safe for us to continue to rehearse together and put each other in harm’s way. I can’t wait to perform for my UK fans as soon as I can. Take care of yourselves.”

The rap star — who received nods for International Artist Of The Year and Best International Song for her SZA collaboration “Kiss Me More” — herself tested positive for the virus in December.

Principal photography is set to kick off for Ifan Michael’s latest project, “Singing Sin”, a feature film set in the 1980s. Confirming the new project in a GQ South Africa exclusive, the “Foreigner’s God” director revealed that the Cheta Chukwu scripted story will center on the story of strong and independent women who risk it all for their dreams.

The forthcoming film will see Nollywood royalty Omotola Jalade Ekeinde star in the lead role alongside media superstar Toke Makinwa. Speaking on the role, Ekeinde shared: “I am always happy to see projects that are women inclusive, both in front and behind the camera and that keeps pushing the envelope with the stories they tell. These are the stories that I have always championed and will continue to champion. And with Singing Sin, we have an opportunity to dive into that world, a world controlled by women, each with their different journeys.”

3. South Africa: Makhadzi and Master KG are back together

It seems being just “brother and sister” has not worked out for SA artists Makhadzi and Master KG as they have rekindled their once flamed out relationship. Master KG and Makhadzi are officially back together, the news was confirmed by the “Ghanama” hitmaker. The Limpopo-born stars who had split to focus on their careers, shared the news with their fans on social media.

Makhadzi took to social media to pen a special message to her “soulmate” on his birthday. In her heartfelt post, on Instagram, Makhadzi posted a series of pictures standing with Master KG with his hands around her waist and one of the “Jerusalema” hitmaker. She also revealed that they would be dropping their collaboration “Kulakwe” this Friday.

Witnesses say they fear another coup attempt is underway in the West African nation of Guinea-Bissau. Gunfire broke out several hours ago near the Government Palace in the capital, Bissau. https://t.co/XMwEJNIJ1E

At least one person is said to have been killed in the capital of the West African state of Guinea-Bissau amid fears of a coup attempt. Gunfire erupted near a government building in Bissau where President Umaro Cissoko Embaló was thought to be attending a cabinet meeting. Soldiers have reportedly detained the president and his ministers.

West African regional leaders condemned what they called a coup attempt and urged troops to return to barracks. One of the poorest countries in the world, the former Portuguese colony has seen nine coups or attempted coups since 1980. If confirmed, this would be the fifth military coup in the past year in the region of West and Central Africa. Just last week, there was a coup in Burkina Faso.

"Following enquiries so far, he has since been further arrested on suspicion of sexual assault and threats to kill." #MUFC pic.twitter.com/CFytxS9xLc

Manchester United footballer Mason Greenwood has been arrested on suspicion of sexual assault and making threats to kill. The 20-year-old was arrested on suspicion of rape and assault on Sunday. Greater Manchester Police (GMP) said it had been granted more time to question him having previously been given an extension on Monday. Manchester United have said he will not play for the club until further notice.

GMP said the player was arrested on Sunday after the force “became aware of online social media images and videos posted by a woman reporting incidents of physical violence”. It said magistrates had granted a second extension to keep him in custody until Wednesday. A force spokesman said inquiries were ongoing and a woman was being “offered specialist support.”