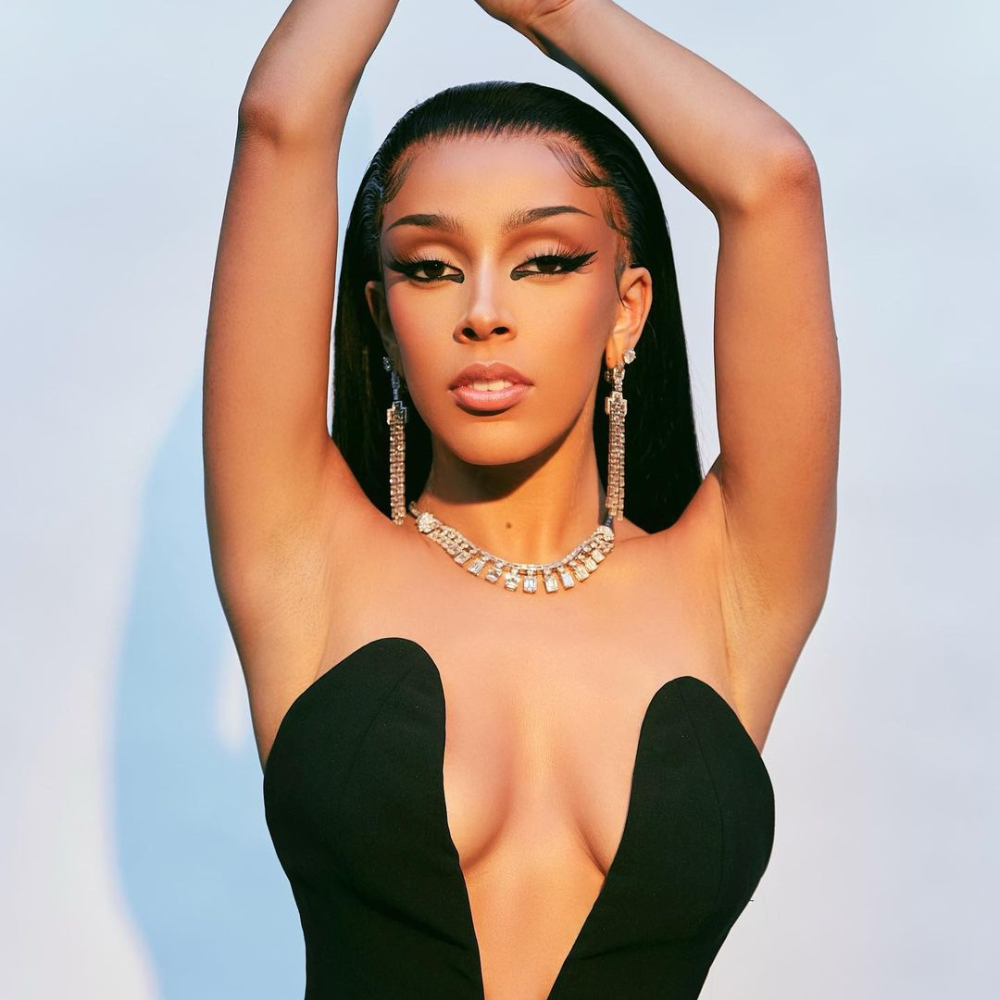 From what the ‘Star Boy’ shared via Instagram, More Love Less Ego is going to feature Naira Marley, Skepta, Ayra Star, Ty Dolla Sign, Flame, and Buju. We certainly can’t wait for him to take over summer like he did last year.

Laughter, drinks, and dance were the order of the day for DBN Gogo’s 30th birthday. The DJ celebrated her birthday with a black and red-themed dinner party with close friends and family. The “Khuza Gogo” hitmaker shared a glimpse of the celebration on her Instagram stories and timeline, showcasing the red number she donned on the day and some of the guests present. “Thank you for all the well wishes. I appreciate each and everyone one of you. Big shout out to the family @jagermeistersouthafrica. Thank you for the beautiful décor,” she wrote.

DBN Gogo has had loads to celebrate in the past year. With her career at its peak, she’s been booked and busy, performing in and beyond the borders of SA, all while topping the charts as one of Mzansi’s most sought-after DJs. Earlier this year, the amapiano star made her debut at the Coachella festival as one of the Mzansi acts for the Heineken house stage, alongside Major League DJz.

4. US denies rumors over spread of monkeypox from Nigeria

US denies rumours over spread of monkeypox from Nigeria https://t.co/KzpGw1gRyC via @BBCNews

The US embassy in Nigeria has released a statement condemning what it describes as “recent misleading posts on social media” linking the current monkeypox cases to “so-called ‘US-controlled laboratories’ in Nigeria.” It says such reports are “pure fabrication” with “zero merits” and says there are no US-controlled labs in Nigeria. On May 27, Russia asked the World Health Organization (WHO) to investigate what it said were US-funded Nigerian labs in Abuja, Zaria, and Lagos in light of the global spread of monkeypox.

Monkeypox was first detected in humans in 1970 in Africa and since then most cases have been reported in rural and rainforest areas in the region. Of late, it has spread to western countries in Europe, North America, and beyond.

Thank you for your service, @PaulPogba 👏#MUFC

Manchester United has confirmed that Paul Pogba will leave the club when his contract expires on June 30, with the midfielder closing in on a return to Juventus on a free transfer. Pogba became the most expensive player in United’s history when he re-signed for the club from Juve in an £89 million ($112m) deal back in 2016. Unfortunately, the France international was unable to live up to that hefty price tag, and the Red Devils have decided against extending his contract after his latest underwhelming campaign.

United have said a final goodbye to Pogba in a statement on their official website, which reads: “The club can announce that Paul Pogba will leave Manchester United at the end of June, upon the expiry of his contract. Everyone at the club would like to congratulate Paul on his successful career and thank him for his contributions to Manchester United. We wish him all the best for the next steps on a remarkable journey.”