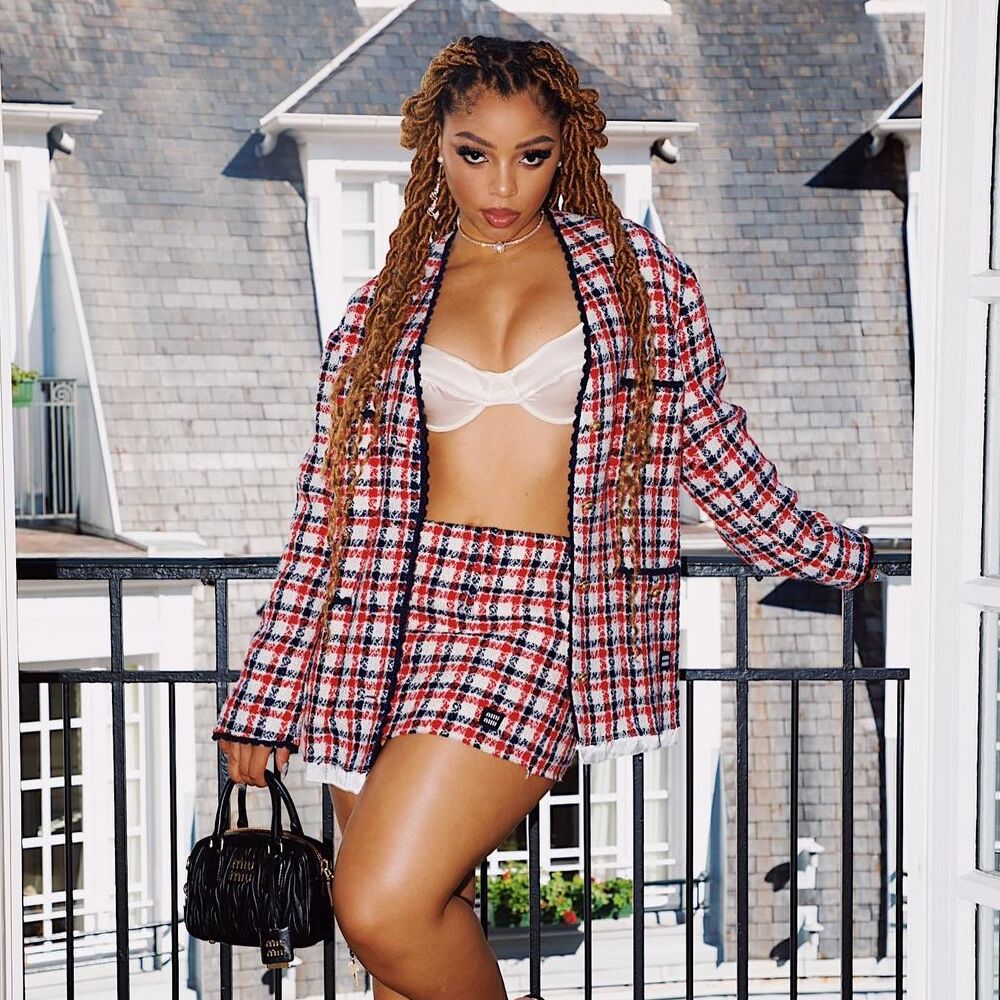 Chloe Bailey launches clothing line, Burna Boy launches cannabis brand, De Gea reaches significant milestone. Stay in the know with our Rave News Digest, which summarizes five of the hottest global news you need to catch up on, saving you time and energy. Consider it your daily news fix.

Singer and songwriter Chloë Bailey has something special for the girls. The 24-year-old is diversifying her portfolio by partnering with clothing brand Garage to launch B.DY by Garage. In a recent Instagram post, the “Have Mercy” singer shared photos from the new campaign, with the caption: “Y’all know I love to show my body 🤣🥰 now you can too confidently with my new collection of B.DY by @garageclothing available now 💋 #iweargarage.”

The sexy and stylish collection features an array of pieces, including crop tops, bodysuits, and fitted tanks. Prices range between $24.95 and $39.95.

According to reports, Nigerian Afrobeats sensation and Grammy Award winner Burna Boy launched his cannabis brand BrkFst, a partnership with Jokes Up/Ice Kream on Friday, October 7 in South Beach, Miami. Fresh off his Love, Damini tour, Burna Boy is bringing his addition to the cannabis community by naming his brand BrkFst.

The brand BrkFst may have been inspired by the lyrics of his hit song “Last Last,” where he sings, “Na everybody go chop breakfast,” which is slang in Nigeria that simply means everyone will definitely experience pain or heartbreak.

Actress Siphesihle Ndaba has bagged an honors degree in dramatic arts from Rhodes University. The actress took to her Instagram timeline to share the good news. “I’m two degrees hotter. How’s the temperature that side?” she posted. Industry colleagues flocked to her comment section to congratulate the star.

Speaking on her journey, she said: “I worked long mornings, days and nights to achieve it and I’m so extremely proud of myself. This shows that having big goals, praying and working hard can get you anywhere. I plan on studying further but I won’t be enrolled for traditional modes of education.”

Congratulations to the actress.

Uganda has imposed a lockdown on two districts at the epicentre of an Ebola outbreak, barring personal travel, ordering a night curfew and shutting down public places. @hellenaura1 #NTVWeekendEdition pic.twitter.com/Kp4NUsv2G9

A three-week lockdown has been declared in two districts of Uganda as the country battles an Ebola outbreak. Bars, nightclubs, places of worship, and entertainment venues will be closed in Mubende and neighboring Kassanda, and a curfew will come into force. The move is a U-turn for Uganda’s President Yoweri Museveni, who previously said there was no need for such measures. This latest outbreak has reportedly killed 19 people among 58 recorded cases.

The outbreak began in early September in Mubende, about 80km (50 miles) from the capital Kampala, which has remained the epicenter. President Museveni had previously ruled out lockdowns, saying Ebola was not an airborne virus so it did not require the same measures as COVID-19. But on Saturday, he halted all movement in and out of Mubende and Kassanda districts for 21 days. He said that cargo trucks will still be allowed to enter and leave the areas, but all other transport will be stopped.

🗣 "I want to congratulate him for that, you are the number 1️⃣ at Man United."

David de Gea is set for his 500th start for Manchester United, with Erik ten Hag praising his “huge achievement.” “It is fantastic. If you perform in 500 games for a club like Manchester United, that tells a lot about you. The talent, the personality – so that achievement is huge and I really reward that, I value that, and I want to congratulate him [for] that,” the manager stated. Chloe Bailey Clothing Line

De Gea is currently the longest-serving player in the dressing room, but his future is uncertain, with his current contract set to expire at the end of the season. Although United has the option of triggering a 12-month extension, the 31-year-old recently admitted that he was keen to sign new terms at Old Trafford.

Congratulations to the sportsman on this achievement.