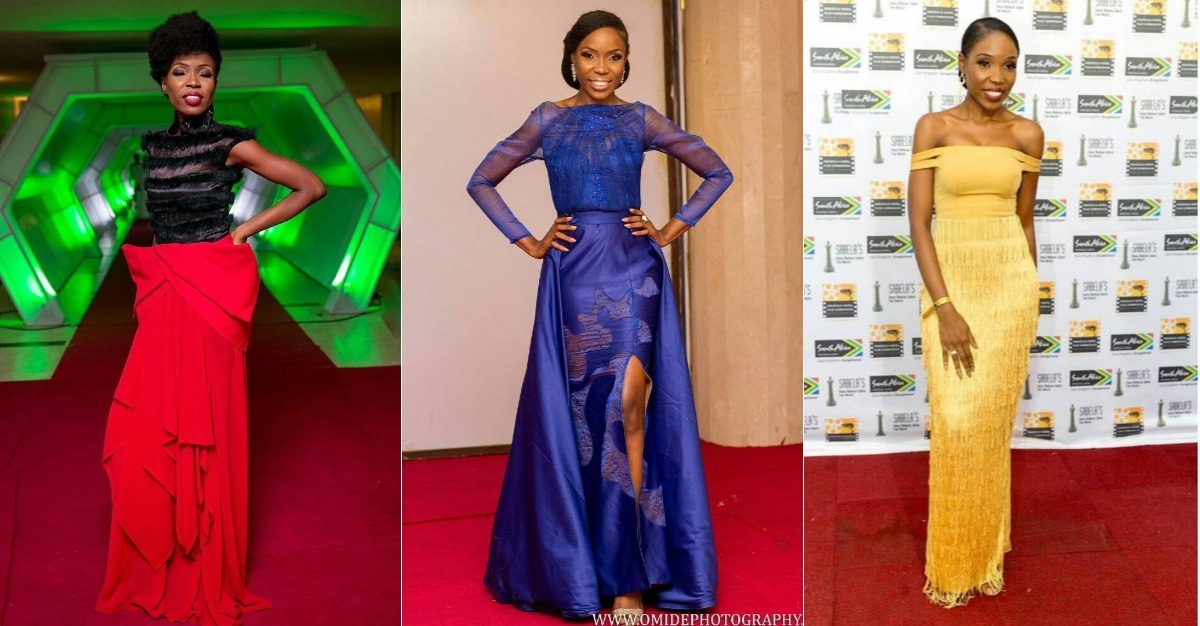 In 2014, Nollywood actress Kemi “Lala” Akindoju won the Africa Magic trailblazer award for her role in the film adaptation of Yinka Egbokhare’s novel “Dazzling Mirage.” While 2014 wasn’t her first time on the red carpet, it was a significant year for the actress as she was thrust into the limelight as her profile as an actress continued to rise.

Now in 2018, we can’t help but admire Lala, her achievements and her fashion sense, especially her red carpet style. She has really grown into a delectable style star wearing some of the most exquisite made in Nigeria designs that are often just too fabulous not to notice.

Her style evolution was even more prominent last year as she stormed several red carpet events in clean-cut pieces, with grand detailing that made her shine through in true star style. In some parts, her style deserved an award of its own. We are obviously really into Kemi “Lala” Akindoju’s red carpet style which is why we’ve curated some of our favourite looks from last year. At the Movie premiere of “A Hotel Called Memory” In South Africa for The Simon Sabela Awards At The Google For Nigeria Project Day One At The AFRIFF 2017 Film Festival Chime in! Which of Lala’s red carpet look is your fave?