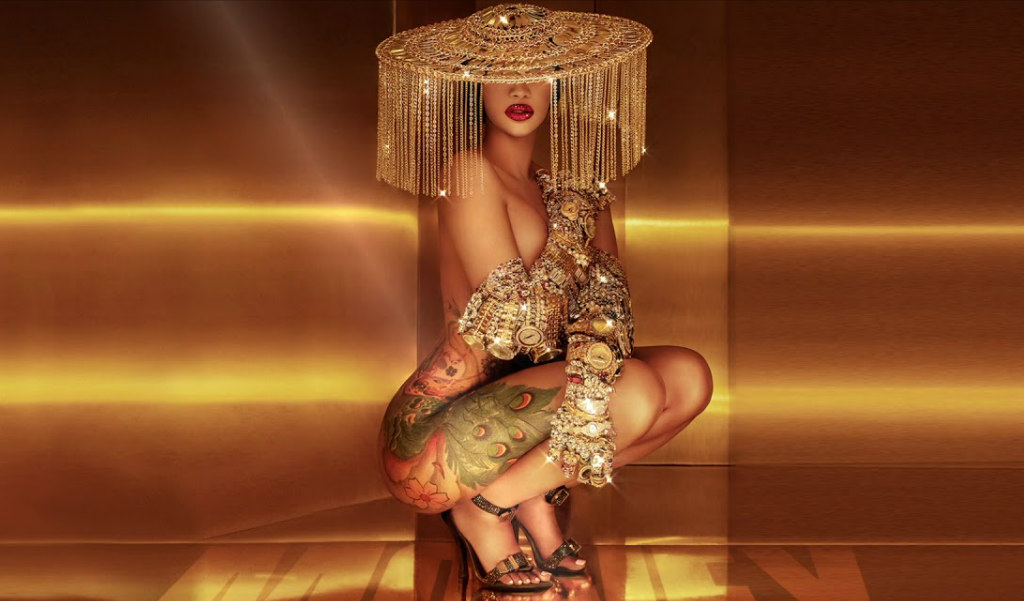 Belcalis Almánzar better and more popularly known by her stage name, Cardi B is one artist whose debut and progress has left many in awe. Her growth as a rapper and performer in the past few years has been unprecedented and nothing short of mind-blowing. Her dominance of the charts in recent times has been almost unmatched as she is now being compared to the likes of Beyoncé – although I still have reservations about this comparison.

Cardi B’s growth in a male-dominated and overtly misogynistic industry like the rap industry – which often times stifles the growth of many female rappers – is definitely inspiring and hopefully would lead to more successful female rappers in the near future. The rapper’s rollout for 2018 has been quite interesting but it seems her most recent offering might be the best so far. Seems she was bent on closing the year with a bang!

The single Money, which was released in October 2018 and is said to be a part of the deluxe version of Invasion of Privacy, finally got the visuals it deserves in December and honestly, I am short of words. The visuals for Cardi’s music haven’t been lacking in quality or otherwise but none of them can hold a candle to the Money video.

With sultry and fast, powerful scenes that seemed to come by a billion per second over the slightly familiar beat, Cardi B proved once again why she is dominating the rap industry.  The NSFW video features Cardi B working the pole, as a golden priceless statue being gawked at, as a breastfeeding mother and as a bare goddess playing the piano – seemingly piecing together varying parts of Cardi’s life, and making the Money video almost a meeting point for all of the storylines that has made Cardi B such an fascinating character to watch.