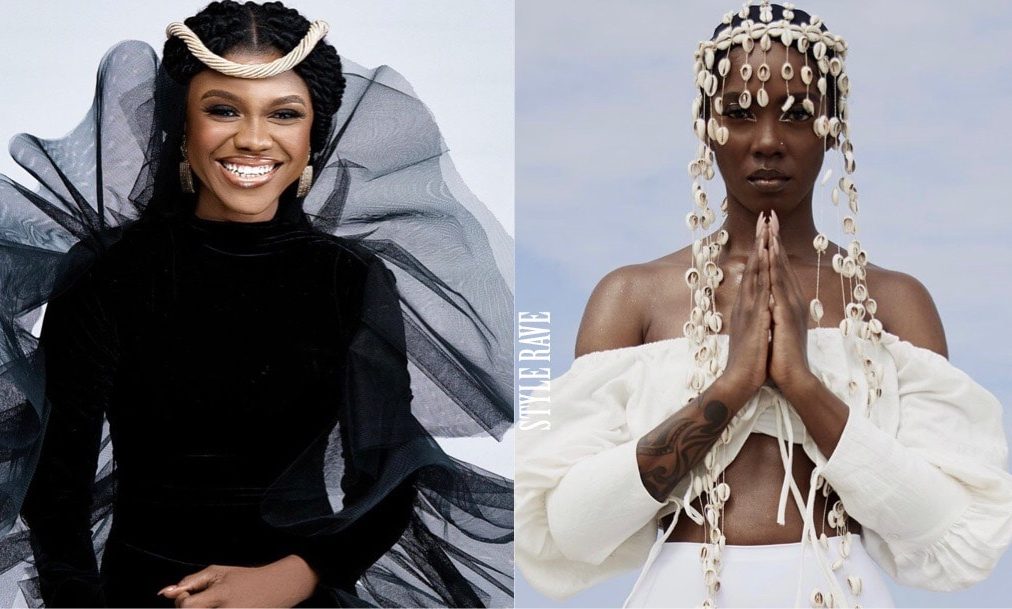 It’s all about love this weekend. Even some of Africa’s finest musicians are preaching the message of love wih their songs. Afro-pop diva Tiwa Savage and Ghana’s sizzling songbird Becca team up to reassure their men in a just released single titled ‘Yes I Do’.

Phyno and Davido, on the other hand, have promised to do anything for the woman who has been there from day one when they had nothing. And now that they have made it in life, no amount is too much for her bride price.

With all the love songs being released, it’s safe to say that we’re officially in the wedding season. And if you’ve been looking for a sign to know it’s time to pop the question… now you’ve got one!

Multiple award-winning Ghanaian singer/songwriter Becca teams up with Nigeria’s music queen Tiwa Savage for a new single titled Yes I Do. When two power voices come together, you best believe magic is about to happen.

The song is a love jam for couples in a serious romantic relationship as Tiwa tells the guys out there that they should stop playing and give the ring especially when they have found a woman who loves them.

After his previous release Kelegbe Megbe, Adekunle Gold returns with his fifth official release for the year. This new Afro-pop tune is titled Young Love. The song, which offers a perfect blend of Afrobeat and international pop sound, has Adekunle smelling love in the air after he comes across a special girl that captures his attention. He pours out his feelings straight from within.

We should all know that “young love” is the tender and special love you typical experience at an early age or during teenage years.

Off his third studio album Deal with it, Phyno has released the video for Ride For You which features Davido. In this single, Davido who’s heard singing in Igbo joins Phyno as they both appreciate the caring ladies who stand firm with their men through thick and thin.

Phyno says that now that he has made it, he is ready to pay anything for his lover’s bride price and spoil her with all he’s got because she was the only one who held him down and supported when he had nothing.

Powered by Afro Nation (which is a music festival dedicated to Africans), Alté musician BOJ, teams up with Afro-diva Tiwa Savage on this track titled Your Love. Off his next project, Alte Bank Of Africa scheduled to be released later this year, Your Love is an Alte love song that pours out feelings to your love partner and tells him/her not to run & leave you so you don’t enter “Mogbe” mood.

In collaboration with Three Crowns Milk, Simi sings about the love of a mother as the brand celebrates mothers out there. There is no doubt that mothers are deserving of a crown and more and this danceable beat and music seals that fact.

The Elfonnie Edit: The Best Lip Color For Every Work Day

The Elfonnie Edit: The 5 Shoes Every Woman Needs In Her Closet

18 Ways To Style Pencil Skirts Like A Style Star

Is Beyoncé Appropriating African Culture In Her ‘Black is King’ Project?

From Engineering To The World Of Fashion: Meet Elfonnie And The Style Rave Story – Part 1

The Elfonnie Edit: The 5 Shoes Every Woman Needs In Her Closet