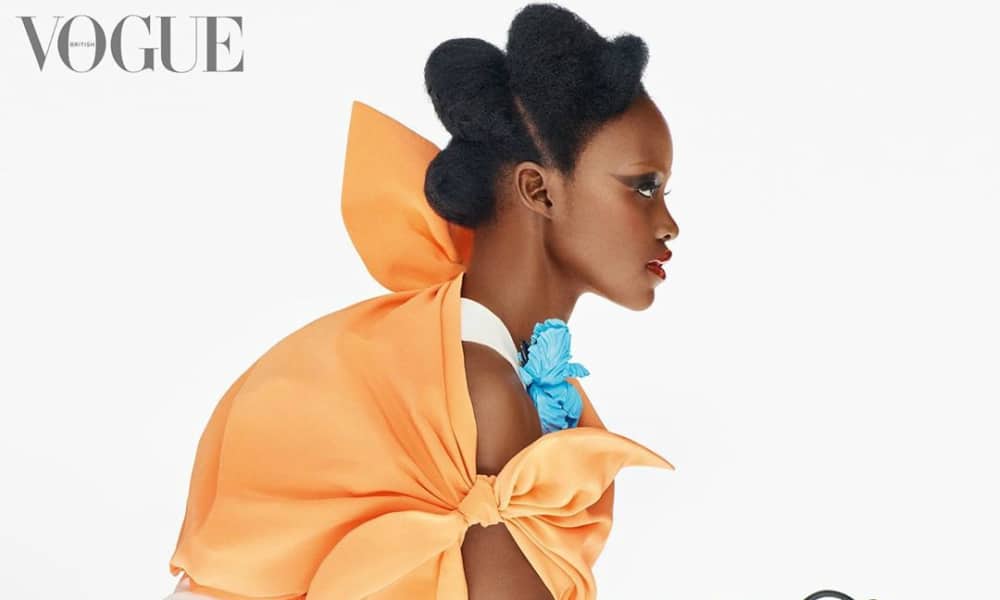 For Edward Enninful, the editor-in-chief of British Vogue, Lupita Nyong’o’s performance in ‘Us’ was so profound that he had to feature her as British Vogue’s February cover star for their “Fashion & Film” issue.

This is the first time Lupita Nyong’o would be gracing the British Vogue cover. The Fashion and Film issue is the magazine’s third annual celebration of the best cinema performances of the previous 12 months. The February issue of British Vogue is set to hit the newsstands on January 3.

#1. On passion and ambition The Kenyan actress who is set to produce and star in an adaptation of Chimamanda Ngozi Adichie’s novel Americanah claims to be more passionate than she is ambitious. According to Lupita Nyong’o, “I claim ambition, but I get very compulsive about the things I am passionate about, to the point of not sleeping. It’s very impractical. I fight the barriers that I form for myself because they’re often ridiculous.”

#2. Her drive for each project Now, in as much as everyone loves money, not everyone allows money to be the motivating factor why they do what they love. That is the case for Lupita as she has revealed in her cover interview for British Vogue.

According to her, “I don’t get fulfilment from the number of zeros attached to a project. What I’m seduced by is the potential to shift a narrative. That is very seductive to me, having a social and cultural impact.”

#3. On politics and her personal life When it comes to politics, Lupita is of the opinion that she can only speak up for the things she can personally vouch for. “There’s a lot going on in this world, a lot of causes that are noble. But I feel most useful when I have a personal connection. And the conviction to say something.”

On her personal life, she says that filming can be so time consuming and lonely sometimes seeing as each set brings a different set of people. On some sets, everyone is single while on some others, the cast and crew have families to go back to and not having that can be very isolating.