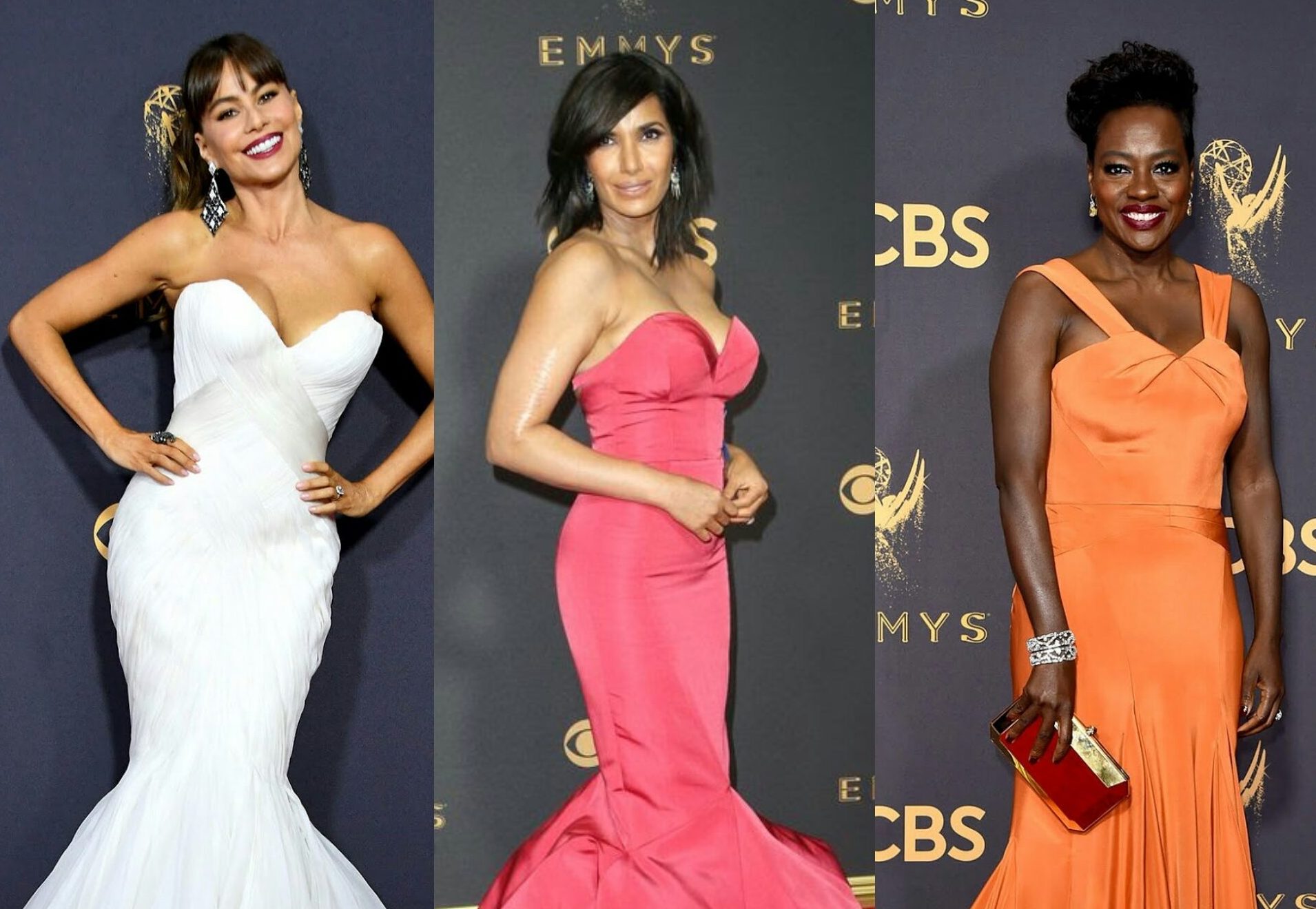 In accordance with tradition, the 69th annual Primetime Emmy Awards was held on Sunday, 17th September 2017 at the Microsoft Theater in Downtown Los Angeles, California to honour the best in US primetime television programmes aired between June 1, 2016, and May 31, 2017. This year, the show marked a year of many firsts with Stephen Colbert, as a first-time host fronting the show.

The Emmy is perhaps one of the most magical red carpet event of the season as A-list screen stars, celebrities and more get to debut their biggest fashion moments. This year was no exception as the red carpet was filled with unlimited glitz and glamour. A foray of elegant, classic and sexy dresses, as well as designer suits were spotted on the carpet as the stars came out to clad in some of the most refined, bold trendy outfits we’ve seen in recent times. From haute couture to custom pieces, a trend of sequins, spangles, and sparkly silver dresses were spotted on the red carpet on stars like Tracee Ellis Ross, Sarah Paulson and Laverne Cox.

TV Personality ZAINAB BALOGUN Takes Toronto in Style: A Look At Her Stylish Moments At TIFF 2017!