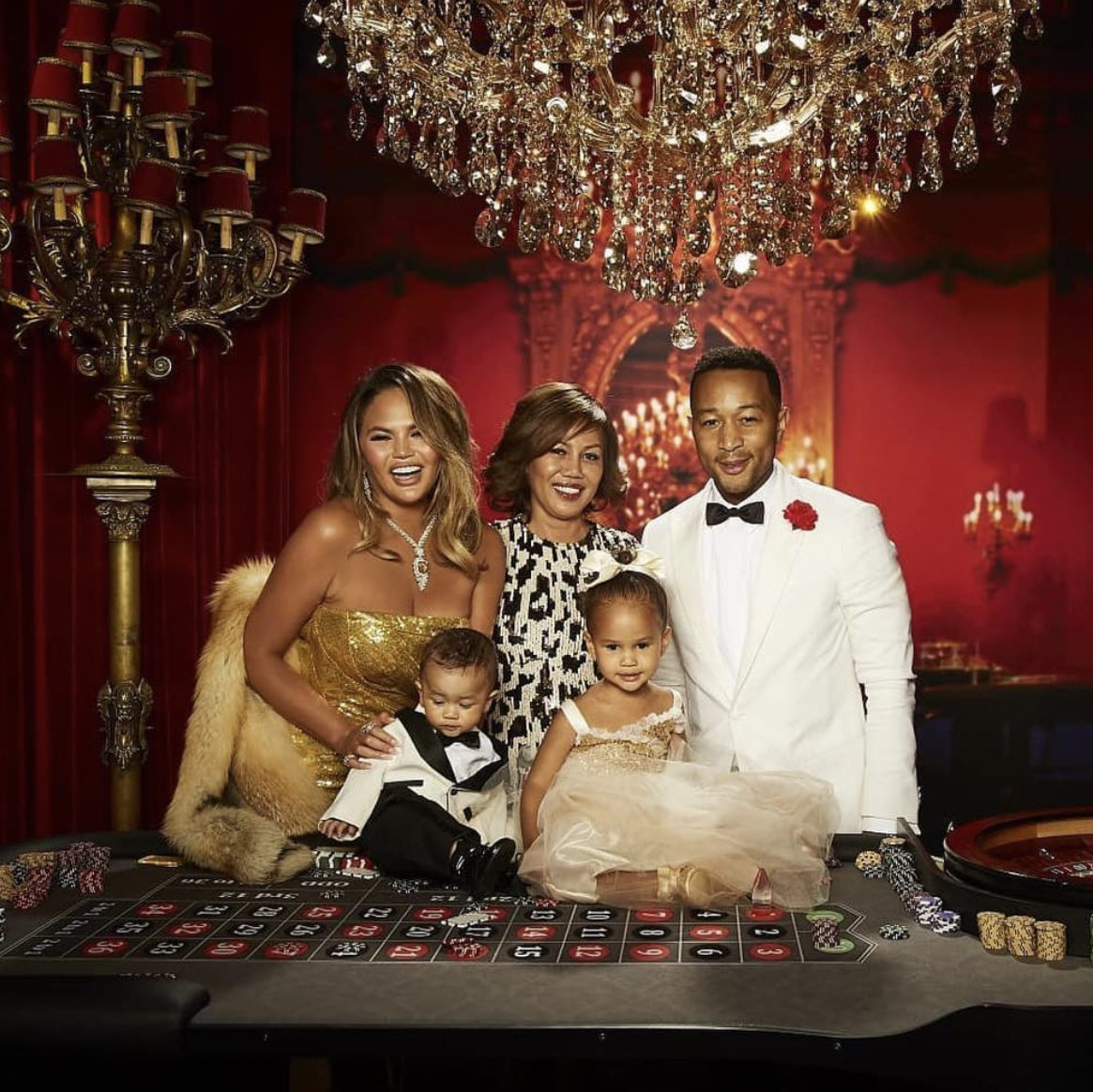 When model, author, culinary mogul and recently retired Twitter star Chrissy Teigen was younger, she used to watch her mom, Vilailuck Teigen, cooking in the kitchen. Vilailuck, who is nicknamed Pepper Pepper for her love of spice, stood out from the stereotypical American homemaker.

“She didn’t cook American food until she came here but she did her best to learn so she could make meals that her American family would love,” Chrissy writes in the foreword to Pepper’s forthcoming book, ‘The Pepper Thai Cookbook: Family Recipes From Everyone’s Favorite Thai Mom.’

“After she fed us, she’d cook a separate Thai meal for herself, from scratch, using whatever Asian-ish ingredients she could find at our local grocery store in Utah, Washington, Idaho, Ohio, or wherever we were living at the time.”

Pepper, 59, grew up in a small town outside Korat, a city in Thailand’s eastern Isaan region. In 1982, she was 19 or 20 years old and a single mother to her then 2-year-old daughter Tina when she met Chrissy’s father, Ron Teigen, a traveling American electrician. His company had an office in Thailand, and he would travel back and forth from there and Saudia Arabia, doing construction work.

They had been dating only a short while when Ron asked if Pepper would like to meet his family in Washington. After consulting with an immigration officer, the couple decided the easiest way to get Pepper a visa was to get married, which they did the following year.

“The next thing I know I’m on my first-ever airplane ride,” Pepper writes. “I think the in-flight meal was the first American food I ever ate—Pepper steak, of course.” Ron, Pepper and Tina moved to Longview, Washington, Ron’s original hometown, where they lived in a double-wide trailer that he rented from his father. The recipes in Pepper’s cookbook navigate various touchstones in her life: immigrating to the U.S. and looking for Thai ingredients in Utah, Washington, Idaho and Ohio; helping Ron run the tiny tavern called Porky’s that he bought in Longview; visiting Thailand with Chrissy, her husband, singer John Legend, and their children, Luna and Miles; and of course, cooking meals together as a family. (Even though Pepper and Ron finalized their divorce last year, Pepper says the family remains close.)

The Pepper Thai Cookbook arrives in an era when home cooks can easily find most ingredients, even the most far-flung, online. However, much of the book chronicles decades when many ingredients, specifically Thai ones in Pepper’s case, weren’t a single click away. “I would feel homesick from being far away. I really had a hard time adjusting and had to find most of my own ingredients,” recalls Pepper over Zoom from the Beverly Hills home where she lives with Chrissy and her family. “So I learned how to drive.”

Here are some things Pepper Teigen revealed you WSJ. Magazine…

Pepper wanted to make her children happy, cooking the foods they craved. “Like most kids, when Chrissy was little she always wanted American foods like grilled cheese and pizza,” Pepper writes in her book.

Chrissy Teigen on her mother’s ability to cook multiple meals for the family:

“It was always so fascinating to me that she was able to cook for my dad—who is this big white dude—and she would be cooking meat and potatoes and corned beef and cabbage and scalloped potatoes and TV dinners for us, but then she would always retire back to the kitchen after feeding us and we’d hear the mortar and pestle come out and she would be making papaya salad and grilled soy shrimp and all these aromas would come out of the kitchen,” Chrissy recalls in her email. She adds that the cookbook is a reflection of what Pepper was making in the background.

Pepper Teigen on what made Chrissy finally get interested in Thai food:

Around 2003, when Pepper was about 40 and Chrissy was still in high school, Pepper moved back to Thailand, and Chrissy started missing not just her mother, but her mother’s food. “She would go to Thai restaurants and hear the cooks pounding on their mortars and call me saying, ‘Mom, I miss you,’” says Pepper. “She didn’t ask me before how to make things, but then she started asking because she wanted to do it and learn by herself.”

Over the past year, the family has spent a good amount of time cooking together. “That’s all we do together,” says Pepper Teigen to WSJ. Magazine. “Chrissy will cook her thing, and John might want to eat something else. Luna and Miles are helping. They love to help like crack eggs or something. John might want to make pancakes on Sundays. Sometimes we take turns cooking because there will be too many chefs in the kitchen.” Pepper often incorporates Thai ingredients into her American cooking. “Yesterday, I made meatballs and marinara with soy sauce and garlic,” Pepper Teigen says to WSJ. Magazine, giving an example of a meal she cooked for Miles and Luna. “The kids loved it. They love Thai food, but they also want to have things like pasta. So I just do it my way.”

Pepper on Chrissy’s influence on her creating this book:

Chrissy was Pepper’s inspiration for writing the cookbook. “[Chrissy] put a lot of trust in me and told me that I was the best cook and that I need to write these recipes down,” Pepper Teigen says to WSJ. Magazine. “And I’m so glad she did. So now I have a book and something that I can pass down to her, Luna and Miles.”

Pepper Teigen on dedicating the book to her late grandson, Jack:

Like Chrissy, Pepper demonstrates vulnerability: Her book is dedicated to her late parents and to Jack, Chrissy and John’s son who was stillborn at 20 weeks. “We talk about him every day. Luna talks about him every day, and that’s how we grieve,” Pepper Teigen says to WSJ. Magazine, explaining that Jack is still with them in spirit. “We’re getting better each day,” she adds. “We’re getting so much better and Chrissy too.”