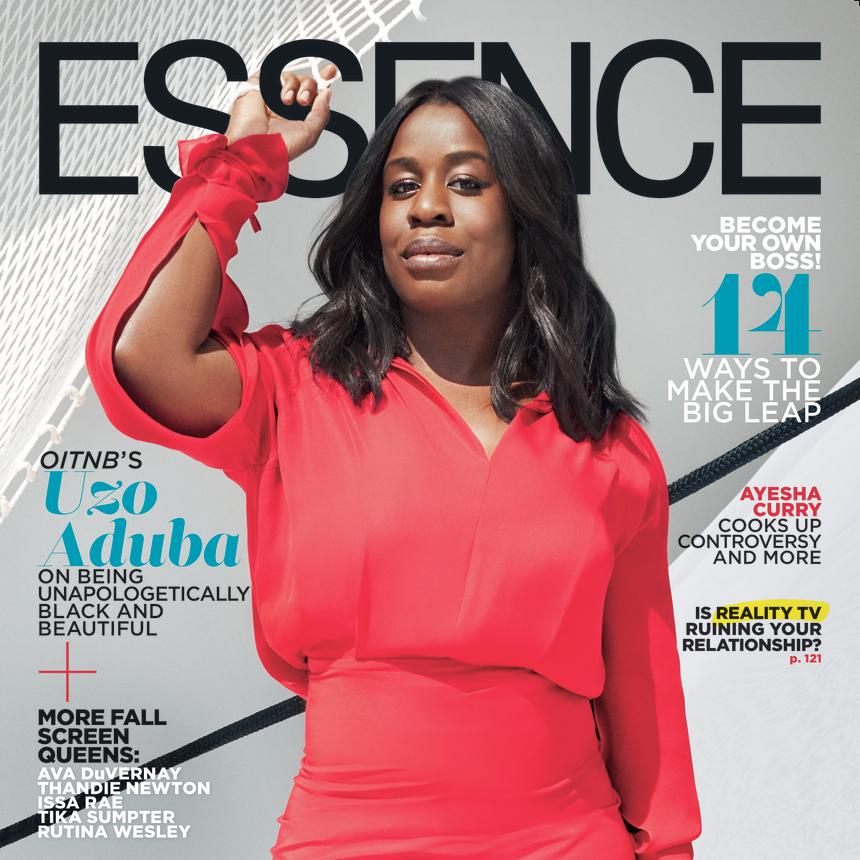 Uzo Aduba who has become well known for her excellent portrayal of the Suzanne “Crazy Eyes” Warren character on hit TV series, Orange is the New Black has been revealed as the cover star for ESSENCE magazine September issue. According to the magazine, the two-time Emmy Award winner is a self-admitted thrill seeker and fitness junkie.

“This business will try to convince you that you’re not enough,” says the 35-year-old actress inside her cover story. “That you’re not pretty enough, thin enough, talented enough, interesting enough, experienced enough, and I say, ‘Enough. Enough with that!’”

Aduba goes on to share how she struggled to merge her Nigerian roots with her Boston upbringing (she once asked her mother if she could change her name to Zoe) and “it wasn’t until she discovered acting that she began to truly find herself.” However, her road to success was not an easy one. In fact, after countless failed auditions, she definitively decided that she was going pursue her Plan B.

Be sure to pick up a copy of ESSENCE September issue to read the full story. Truly inspiring!

Dress the Part Series: You can be a Stylish Christian Girl | Lookbook