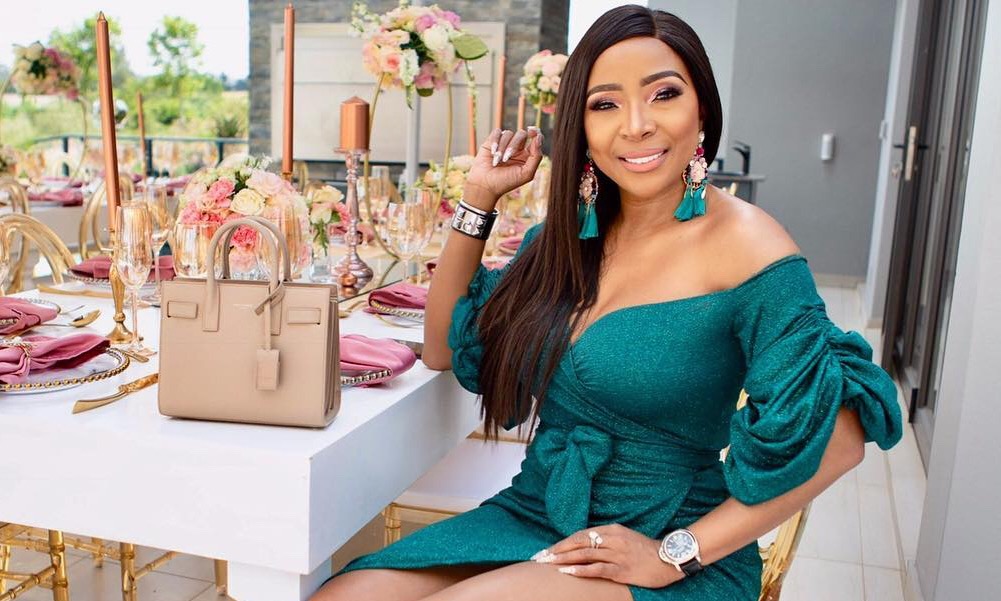 The Queen viewers are in for a real treat in October as multi-talented media It girl and businesswoman, Uyanda Mbuli is set to make her debut on the show.

Uyanda Mbuli is known all over South Africa as one of the very few celebrities who have dabbled in almost every sector of the entertainment and creative industries. The 41-year-old media personality started out as a model and eventually spread her wings into TV presenting, fashion designing, entrepreneurship and acting.

The Commerce graduate who also holds a Diploma in Marketing Management and Project Management was a publicity and events manager and executive for South African broadcasting station SABC 1 but left in June 2006 to pursue a career in acting and business, her true dream.

In 2006, she was tapped to host the Kora All Africa Music Awards and also served as a South African host of the 2006 Daytime Emmys. Among other features like Vuzu’s Top Shayela and Reality Check, in 2008, she competed in Strictly Come Dancing with Trevor Noah and Emmanuel Castis. Uyanda Mbuli seats as a member of the Gauteng Film Office Board.

In 2005, she made her acting debut when she played the role of Nomonde on the SABC 1 drama ‘Tshisa’. By 2007 she landed the role of Stephanie Hall, a young lady that goes to New York to pursue a career as a musician but ends up as a back-up dancer for a hip hop group in the musical comedy ‘Underground Music’. She also had her own reality TV show on SABC 3 with the name ‘Uyanda It’s On’ which gave us a look into her jet-setting life as she traveled all over the world.

The very solid portfolio Uyanda Mbuli has spent years building has led up to this moment as she joins the coveted cast of ‘The Queen’. Insiders reveal that she has already started shooting her scenes for the critically acclaimed soap opera and is also taking acting classes to further solidify her acting. This only proves how hardworking she is and the lengths she would go to for her career.

Besides her acting and passion for business, what we love about Uyanda Mbuli is her great sense of style and how it has evolved over the years. Classy, alluring and unapologetically feminine are some of the words that embody the mother of one’s entrancing style. It comes as no surprise that she was the inaugural style star winner of the South African GSports Awards.

From accessories to color combination, everything Uyanda wears is evident of a well thought-out personal brand and we can’t wait to see how her style takes on ‘The Queen’ compares to her chic personal style.